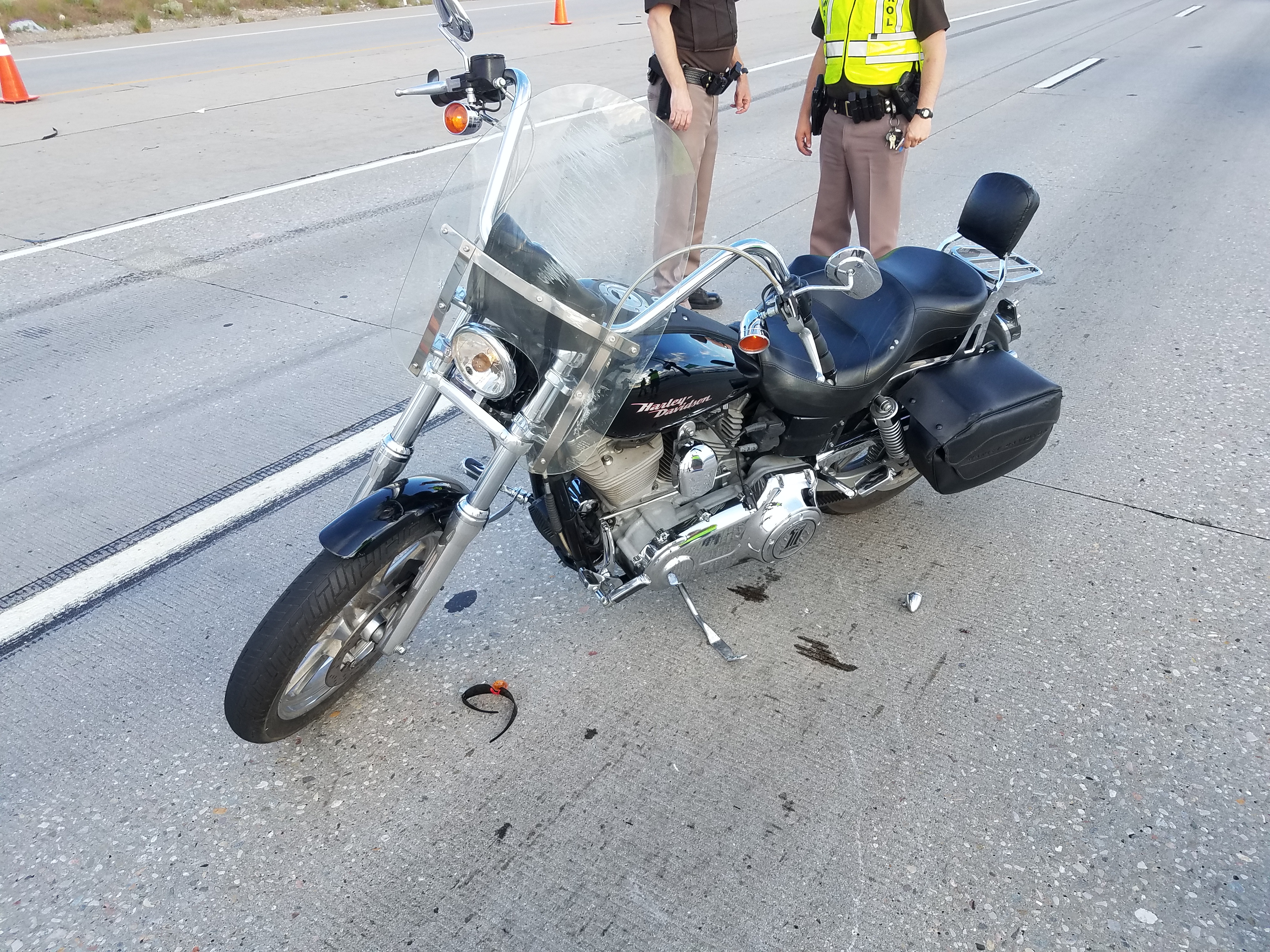 SALT LAKE CITY — Two people are in critical condition after a crash involving a motorcycle and two other vehicles on I-15 Friday.

The crash occurred on northbound I-15, and Fox 13 news first heard report of the crash shortly before 7 p.m.

According to the Utah Highway Patrol, traffic in the area had slowed in front of a motorcycle, which also began to slow.

A van towing a trailer was directly behind the motorcycle, and the driver was not able to stop in time and hit the back of the bike. Both occupants were thrown from the motorcycle.

The van then continued forward, where it struck an SUV  that had been in front of the motorcycle.