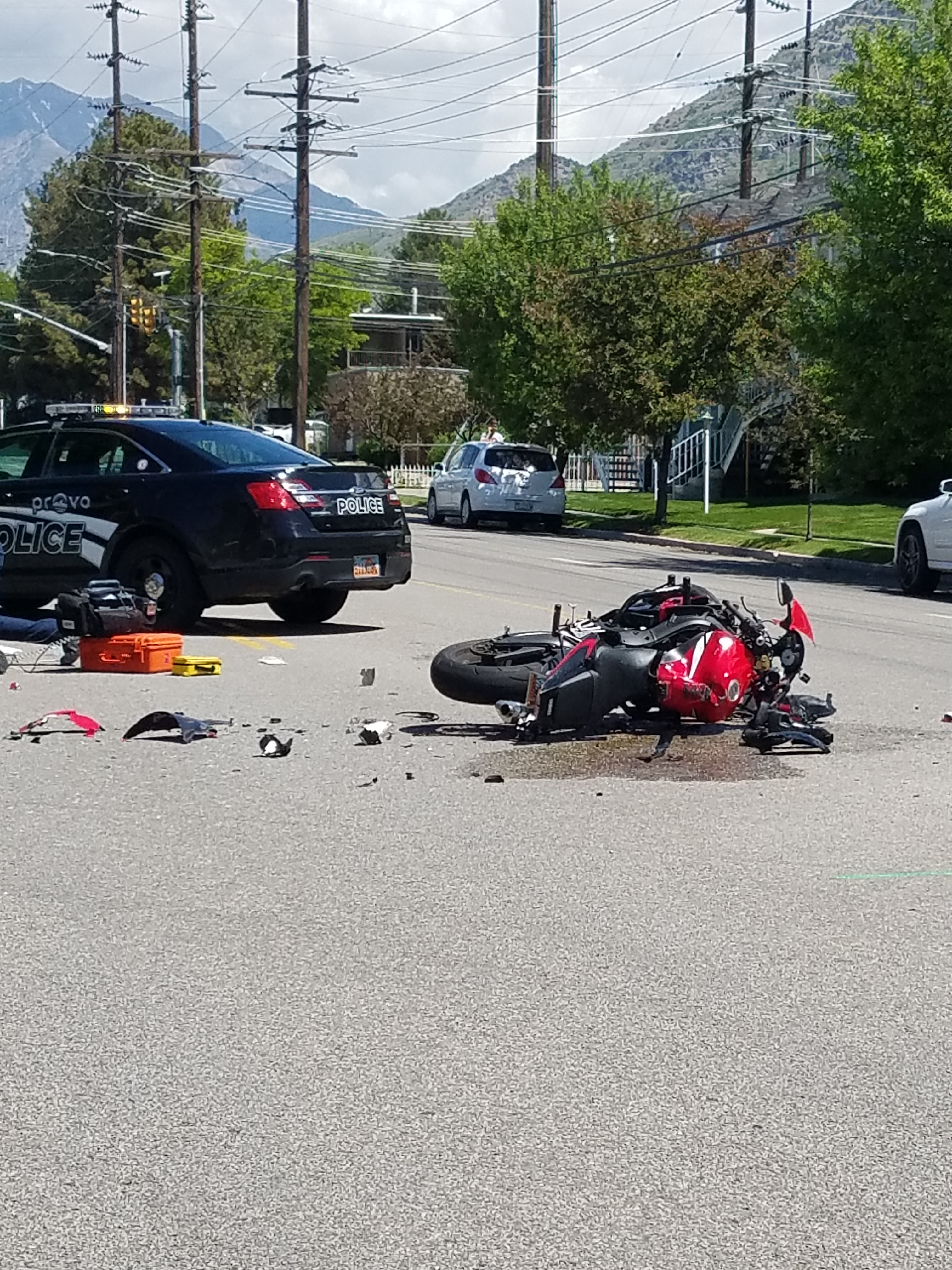 PROVO, Utah — A motorcyclist was killed in a crash in Provo Saturday morning.

Sgt. Nisha King with the Provo Police Department said the crash occurred around 11:30 a.m. as a man on a motorcycle was traveling northbound on 900 East.

A passenger car was crossing westbound on 820 North and the motorcycle struck the car on the driver’s side door.

The 25-year-old man on the motorcycle was not wearing a helmet and was taken to a local hospital, where he was pronounced dead.

The two occupants of the passenger car suffered minor cuts from the broken glass but were otherwise uninjured.

Police say they are still investigating to determine the cause of the accident and who may be at fault.