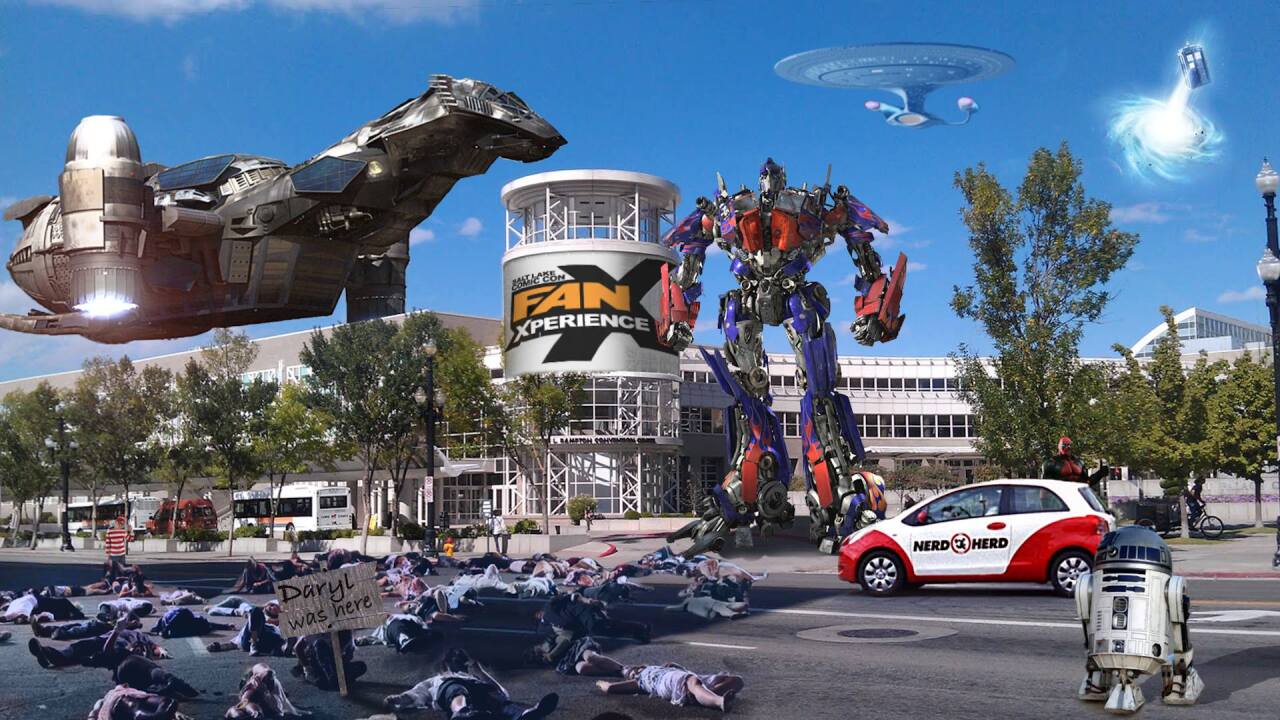 Authors have now been announcing their intent to withdraw from the event.

In a message to Brandenburg, Hale, who had been invited to the convention as a special guest, stated she could not depend on the convention's organizers to enact an anti-harassment policy.

"FanX is going to act in the interest of the abuser and assume the best of him and the worst of the accuser. I am so disheartened," Hale wrote.

Brandenburg responded with an assurance that there is a new policy, which he said was managed by and met the satisfaction and scrutiny of two women on his team. But the next paragraph in Brandenburg's response struck a chord with Hale and others who weighed in on Twitter Monday:

"Maybe it is best that you sit this one out and then wait to hear how it went. I don't think there is anything we can say to convince you to come and quite frankly, I'm not willing to try. I know in my heart that we take this seriously and I don't think you get it," Brandenburg wrote.

Hale posted a screenshot of that paragraph on her Twitter account Monday morning, and said she was disappointed in the way FanX handled an undisclosed sexual harassment accusation.

"I've been communicating with them privately, hoping they'd step up. Just got an email response. Please play sexism bingo with this paragraph," she wrote.

"You said you didn't want to come to FanX because we wouldn't apologize for not publically [sic] banning someone. Mr. Brandenburg responded with 'Maybe it is best that you sit this one out.' Context is everything," one of FanX's deleted tweets said.

Attached to that tweet was a screenshot of part of the email exchange between Hale and Brandenburg, and it revealed Hale's private email address.

"Wow. FanX is now coming at me. They have published my full email without redacting my private email address, but they did cut off some of the sexist comments Bryan made at the end. And what I asked for was public clarification after you dismissed harassment as 'hugging,'" Hale wrote.

After deleting the offending tweet, FanX acknowledged the issue with a follow-up.

"Private info has been deleted. If I've missed something, let me know. -Manda," the follow-up said.

Over Twitter, authors including Ally Condie, Emily R. King and Brendan Reichs announced they were withdrawing from the event. Others tweeted that they would not be attending this year.

“It could very easily go the boycott route," said author Robison Wells, of the situation with FanX. He said he is part of a young adult authors group and serves on their harassment committee.

Wells said he has personally spoken with women who said they filed complaints of harassment at Comic Con. He said the complaints involved author Richard Paul Evans.

"The first one of them was kissed on the face on the mouth, it is not entirely clear where he kissed her but it was this region right here," he said, gesturing to his left cheek and mouth area. "It was unwelcome, it was unwanted."

In a previous interview with Fox 13, Evans addressed the complaints.

“I kissed a woman on the cheek," Evans said. "This is something we did in church for two years, twenty/thirty times a day in Italy. And it’s like, it’s just habit, I do it with my friends here. I do it with my friends back East. And Utah-- they are a little bit stiff about that. I did it, won't do it again. It obviously caused a problem with this woman."

Wells said Brandenburg wrote on social media that Evans would not be returning to FanX, but that it was unclear what prompted the decision.

"They could come out and say, 'Alright we're going to be transparent. We're going to talk about the claims that have been made, and we're going to make every effort to fix this,' and I think if that happened, I think that things could be forgiven," he said.

I made multiple mistakes in handling the report of harassment at our event. I was insensitive to people that were communicating to me about this issue. It was me and me alone that responded to one of the people involved and I handled it terribly. I am so sorry. I wish I could take it back but I can't. I was wrong, I made more than one mistake, and it was a very painful lesson. I'm ashamed that I didn't handle it better and I hope that I can be forgiven. I'm so sorry that I came across like I did. Please forgive me.

Later, this statement was also released, also from Brandenburg:

I would like to apologize to Shannon Hale for the events that happened on Twitter today, and my overall handling of the reports of harassment from our last event. In an overly emotional state, I took to social media in response to a tweet that quoted an email exchange between the two of us. In doing so, I didn’t notice my screenshot still contained her personal email. This was overlooked and not meant maliciously.

In response to my poorly chosen words about the #metoo movement being “trendy”, I came off insensitive to people’s pain, and I am sorry. After today’s events, I admit that I am not fully aware or educated about the importance of the #metoo movement, and this is something I am actively working to change. I need to improve on listening and making people feel validated.

Everyone working at FanX, including Dan and I, are still learning how to communicate about this serious and very important topic and to understand the sensitivity and different perspectives that come along with it. As a team, we want to learn how to do better.

Moving forward, our goal is to create a safe environment for everyone. Training for staff will happen within the next 90 days, so we are equipped to handle sexual harassment and assault reports. Our new harassment policy now includes instructions on how to report an incident anonymously or in person. It also clearly states the sanctions that will be taken when a report comes in.

The harassment policy also includes more defined behavior expectations for our attendees, guests, agents, cosplayers, panelists, moderators, staff, vendors, vendor models, and volunteers. Consent is key. These improvements would not have happened without your voice.

Watch FOX 13 News and fox13now.com for updates on this story.