Veteran says farewell to K9 who saved his life in Afghanistan 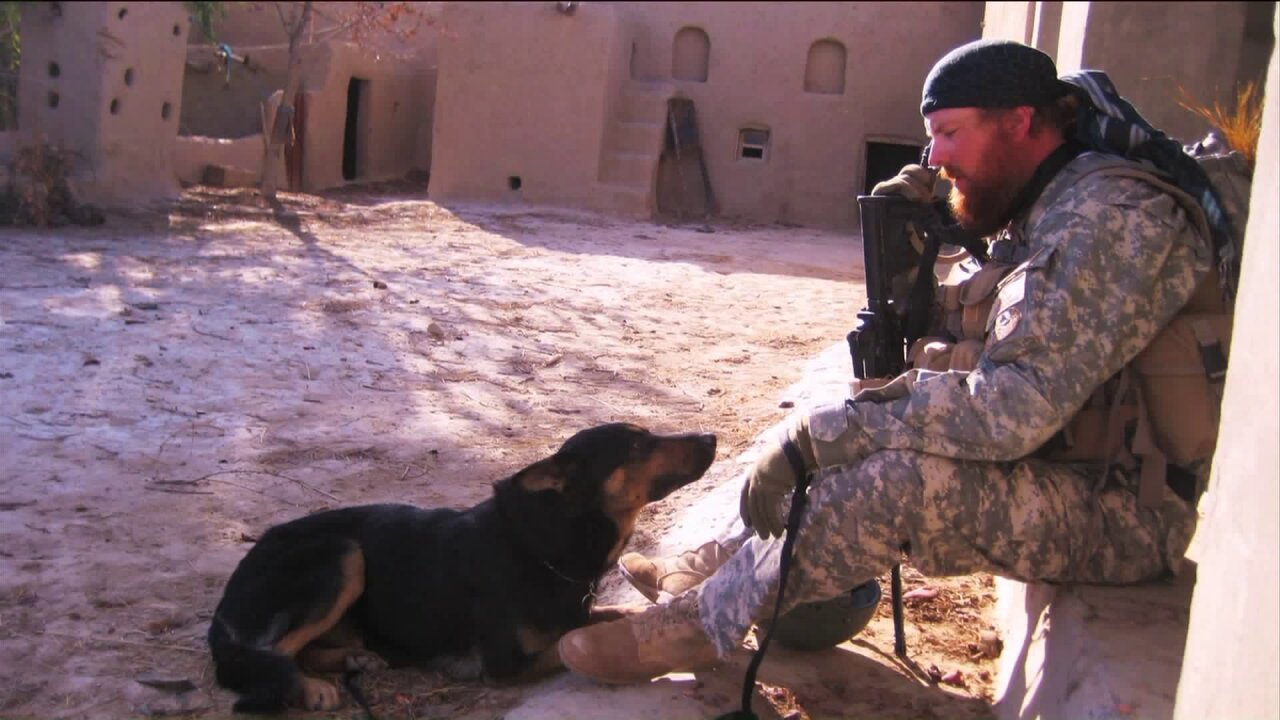 WASHINGTON TERRACE, Utah – It’s a story so touching it could be the basis of a Hollywood true story.

“It was probably one of the greatest moments of my life seeing him again,” said retired Army Staff Sergeant John Logie of his dog, Balto.

In a weird way, the phrase "man’s best friend" doesn’t really do justice for the type of dedication and love Balto has given over the years. In addition to the unconditional love, Logie says Balto saved his life.

“There’s no doubt in my mind,” he insisted. “Between him and God, they saved me that day.”

Logie and Balto first met in Afghanistan back in 2010, when Logie was a contractor for the American Special Forces. After getting paired up, the two forged the kind of bond that’s forced when your lives are constantly put in jeopardy.

“We were sweepers, looking for anything explosive," Logie said.

One false step, one wrong move by either one, could cost them their lives.

“His mouth closed and his head went up,” Logie said of Balto when the pair stood in a grape field. “You could tell he was sniffing the air and then he just booked it to the building.”

Logie said he followed close behind and that’s when he felt the crunch under his feet.

“There was a loud boom, and a lot of smoke and realized I was screaming at the top of my lungs," he said.

He suffered shrapnel wounds to the left side of his body and two blown out ear drums, but he says Balto saved his life.

He said he found out later that the original path had multiple primary improvised explosive devices on it that would have caused more damage. Logie says medics loaded him in a helicopter, but Balto had to stay behind.

“I just remember looking out the side of the helicopter as we were taking off and seeing Balto looking at me," he said. "That’s the last time I saw him.”

Until three years later in 2014 when Balto was retired for service.

“Probably the greatest feeling of my life seeing him again, knowing he’s mine and he’s coming come,” beamed a smiling Logie.

The pair spent the last four years hiking in the mountains, experiencing snow falls, and giving Balto the life he certainly earned. But just a couple of weeks ago, Logie noticed Balto’s hind legs started dragging. Within days, his whole body below the shoulders was paralyzed.

“It’s hard to bring him out because he can’t even walk," he said.

With a heavy heart, Logie is making the toughest decision he can remember. On Saturday, surrounded by the community in Washington Terrace, he plans on taking Balto to Wasatch Hollow Animal Hospital (4300 Harrison Boulevard in Ogden) to be euthanized. Those who wish to attend and show their support are asked to arrive at the animal hospital no later 9:30 a.m.

When asked whether there’s something more waiting for Balto on the other side, Logie said: “Absolutely, no doubt about it. The only place they can go.”