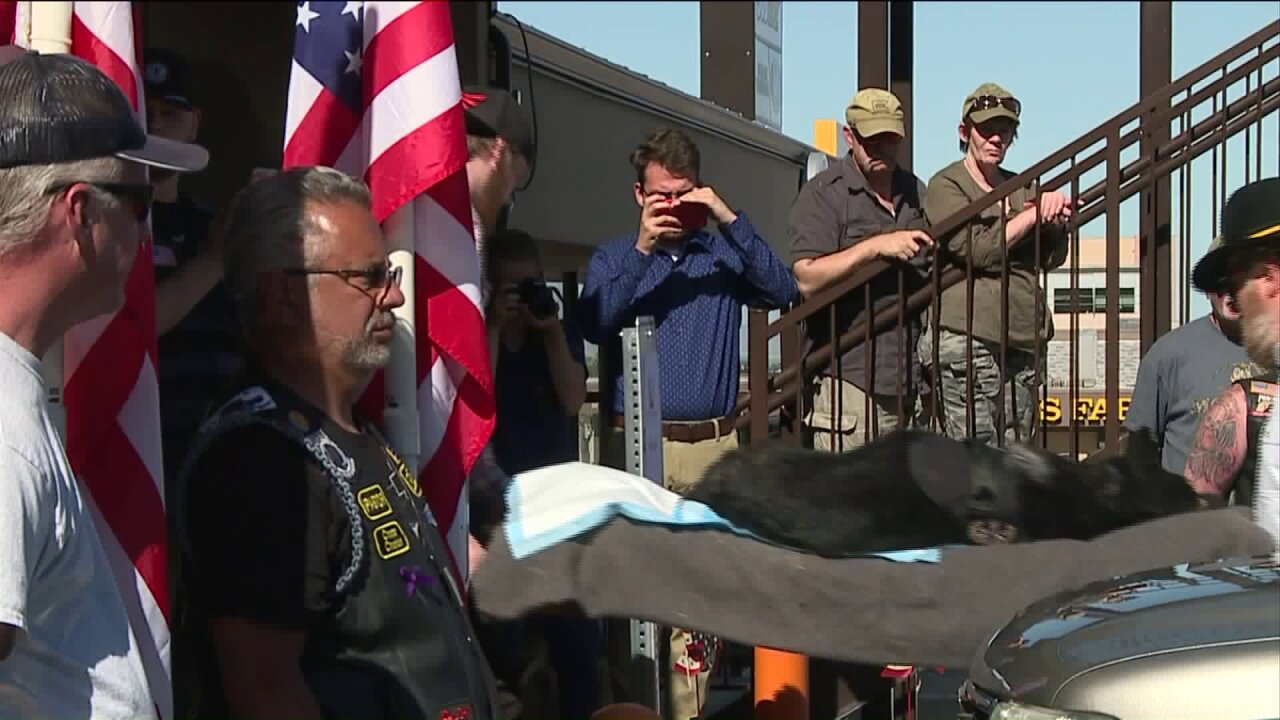 John Logie and his dog Balto were deployed together in Afghanistan in 2009. Balto saved Logie’s life by leading him through a mine field. Logie was injured, but he said if Balto hadn’t been there with him, he would’ve been dead.

“He became my instant hero at that point and time,” Logie said.

The two were separated when Logie had to be hospitalized for his injuries. Five years later, the veterans’ were reunited when, in 2014, Balto retired and returned home.

“Probably one of the greatest feelings I’ve had in my life; seeing him again and knowing that he was mine,” Logie said.

For the past four years, Logie and Balto have gone everywhere together, but now Balto is paralyzed. Vets told Logie that nothing could be done to help his dog, and Saturday, they had to say goodbye forever.

"We know that he’s running over that rainbow bridge right now, meeting up with the others,” Logie said.

A memorial service was held in Ogden, where those who came to honor Balto’s service sang patriotic hymns.

Carried in by family and loved ones, Balto was euthanized. With a flag draped over his body and flowers surrounding him, Balto rested on a U.S. blanket as everyone who wished to pay their respects, walked by and petted his ears.

“He’s a special dog,” said Penny Falkner, a friend of Balto and John. “He’s going to be missed.”