MONTANA — The body of a “wolf-like animal” shot and killed by a rancher near Denton, Montana has been sent to a lab where scientists will attempt to identify it through DNA testing.

According to Montana Fish, Wildlife and Parks Region 4, the animal (photos at the bottom of this post) was shot on May 16 after coming within several hundred yards of the rancher’s livestock.

The rancher shot and killed the animal, believing it was a wolf, and reported the incident as is required by law. Montana law allows private landowners to kill wolves they believe are threatening livestock, dogs or people.

Specialists examined photos of the animal and “collectively doubted it was a purebred wolf: the canine teeth were too short, the front paws too small and the claws on the front paw were too long.”

Officials determined the animal was a young, non-lactating female and a canid, which is a family that includes dogs, foxes, coyotes and wolves.

Wildlife officials say social media has quickly called the animal everything from a wolf, to a wolf hybrid to “something mythical” but they said they prefer not to guess so the animal has been sent to a Fish, Wildlife and Parks lab to be identified through DNA testing.

Theories online range from a wolf/dog hybrid to a grizzly cub to the more outlandish suggestions like a dire wolf or a “Dogman”.

As of Friday, wildlife officials said it could take weeks or even months to identify the animal.

“All of which means it may be awhile before the anyone really knows what the animal near Denton really was,” FWP stated.

WARNING: The gallery below contains photos of the deceased animal. Viewer discretion is advised. 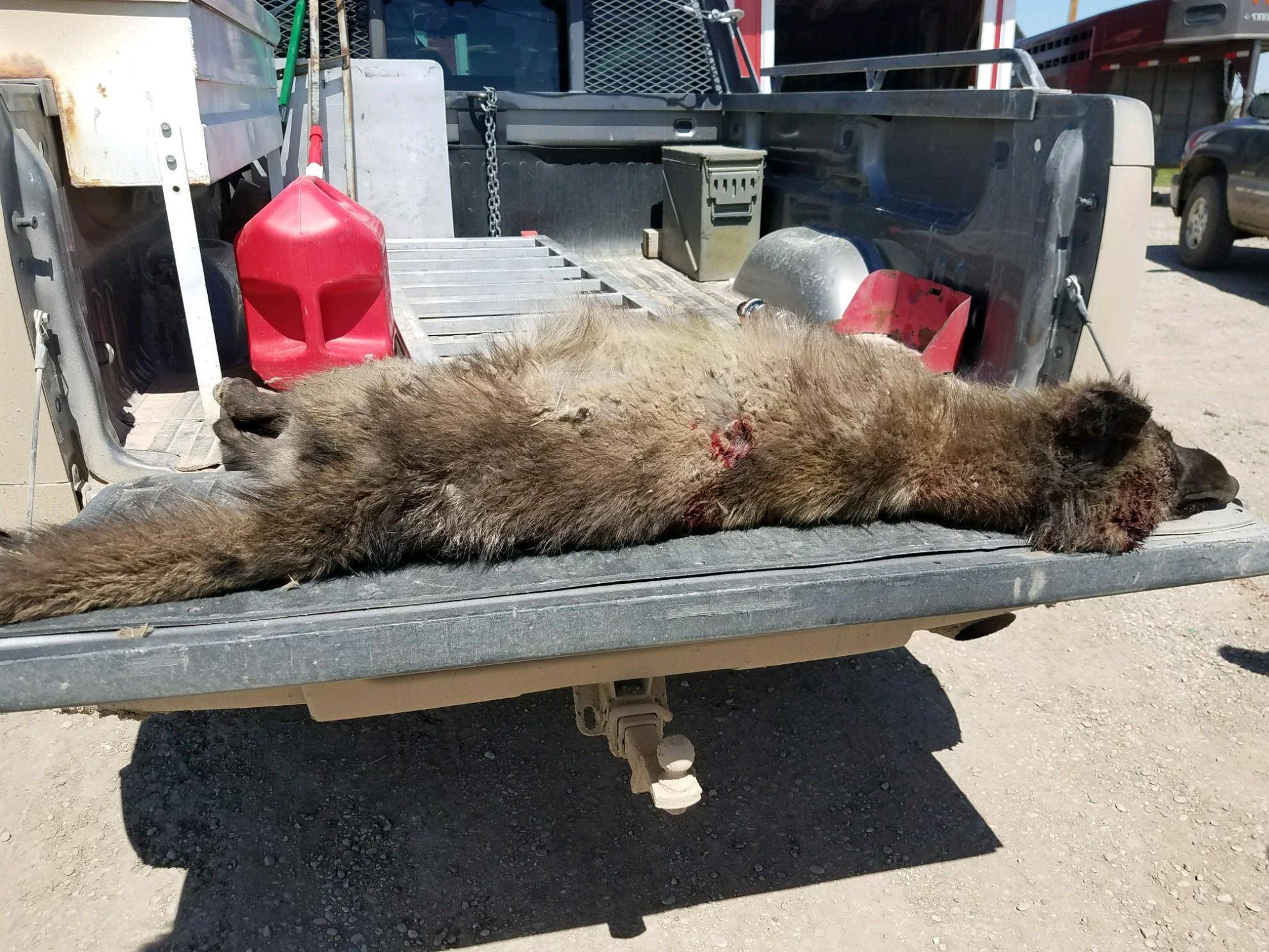