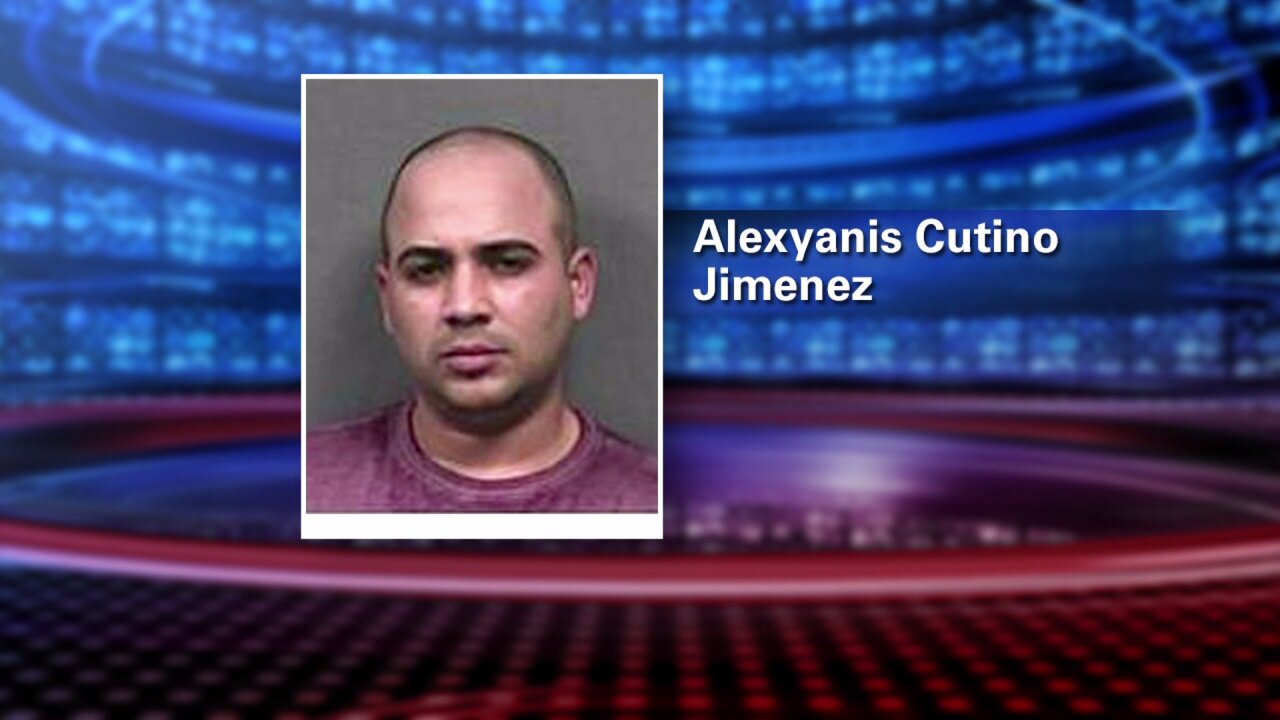 HOUSTON — The man accused of fleeing from a Bountiful pawn shop after a robbery attempt has been captured in Texas, according to Bountiful Police.

Alexyanis Cutino Jimenez, 30, has been booked into the Harris County Jail after he was arrested in the Houston area on outstanding fugitive warrants for armed robbery, a statement from Bountiful Police said. He is now awaiting extradition.

Jimenez and 40-year-old Kleydys Arbolaez-Hernandez entered Bountiful Pawn as the store was opening on the morning of May 4.

Police said Arbolaez-Hernandez pointed a gun at the store clerk and ordered him to get on the floor, but the clerk fatally shot him and Jimenez fled the scene.

Detectives are now investigating Jimenez, aka Alexander Cutino Sanchez, and Arbolaez-Hernandez as suspects in ten robberies in Utah, beginning on January 26, the statement said.

The pair has also been linked to five other robberies Oklahoma, New Mexico and Texas, according to police.