PROVO, Utah – Provo Canyon was closed after a semi-trailer rollover Tuesday afternoon that sent a man to the hospital.

Authorities were called to the crash at 2:30 p.m., the Utah Highway Patrol said.

A single semi-trailer carrying solar panels was headed eastbound when it hit the guardrail for an unknown reason.

The driver of the semi-trailer had to be cut out of the truck and was taken to Utah Valley Hospital by medical helicopter.

The truck threw debris into the westbound lanes of the highway, which were closed following the crash.

Utah Highway Patrol said the eastbound lanes of Provo Canyon would be closed for at least two hours, as crews work to clean up the accident.

No other vehicles were involved in the crash. 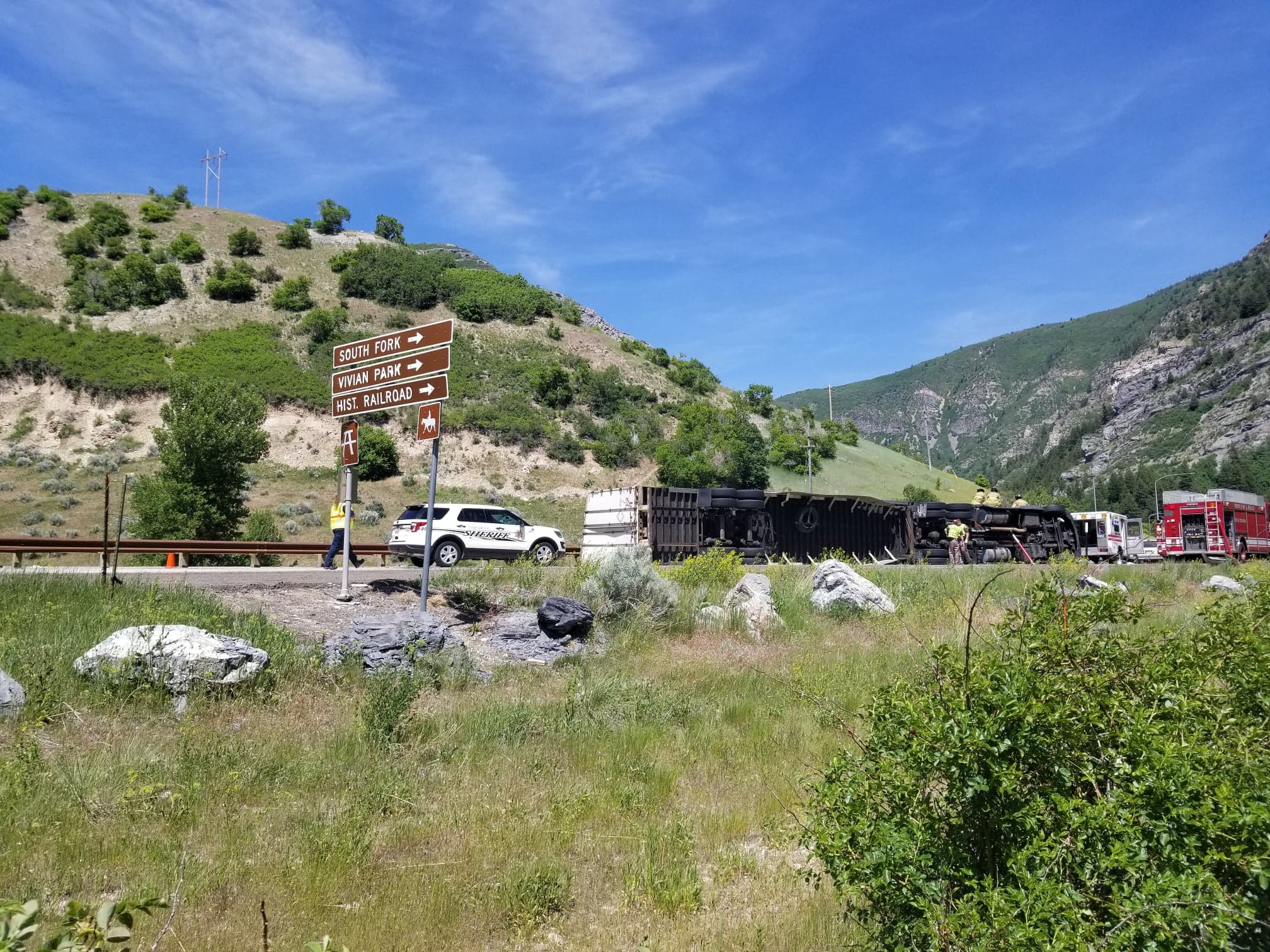