MILLCREEK, Utah - One person is dead and others are critically injured after a truck crashed into a patio at Starbucks near 4800 S. Highland Dr.

Photo of Joslyn Spilsbury provided by her family.

Salt Lake County Sheriff Rosie Rivera said a truck traveling at "a high rate of speed" crossed Highland Dr., jumped a curb and crashed into a group of people on the Starbucks patio around 9:15.

A man was driving the truck with two children inside.

The driver and two others outside the truck are in the hospital.

"[The driver] was conscious - he could speak when he left - but we didn't talk to him because he needed medical care. But we do have investigators ready to speak with him," Rivera said.

The children who were inside the truck suffered minor injuries.

"We did find out that one of the children that was taken there by their mother - to the hospital - was transported to Primary Children's Hospital," Rivera said.

The truck hit a pillar at the front of the store, and firefighters with Unified Fire Authority are working to secure the structure.

Todd Seastrand, who manages a nearby Wells Fargo bank, said he drove by right after the crash and was surprised by what he saw.

“It’s just sad, I mean I’m just standing here a little stunned," Seastrand said. "Just kind of shows how precious life is. I mean, a normal Friday morning, June 8. You’re outside having some coffee before you can even react. Something like this happens to someone, it’s just sad."

Authorities have not said what led to the crash, but the driver is a 34-year-old Oakley man. 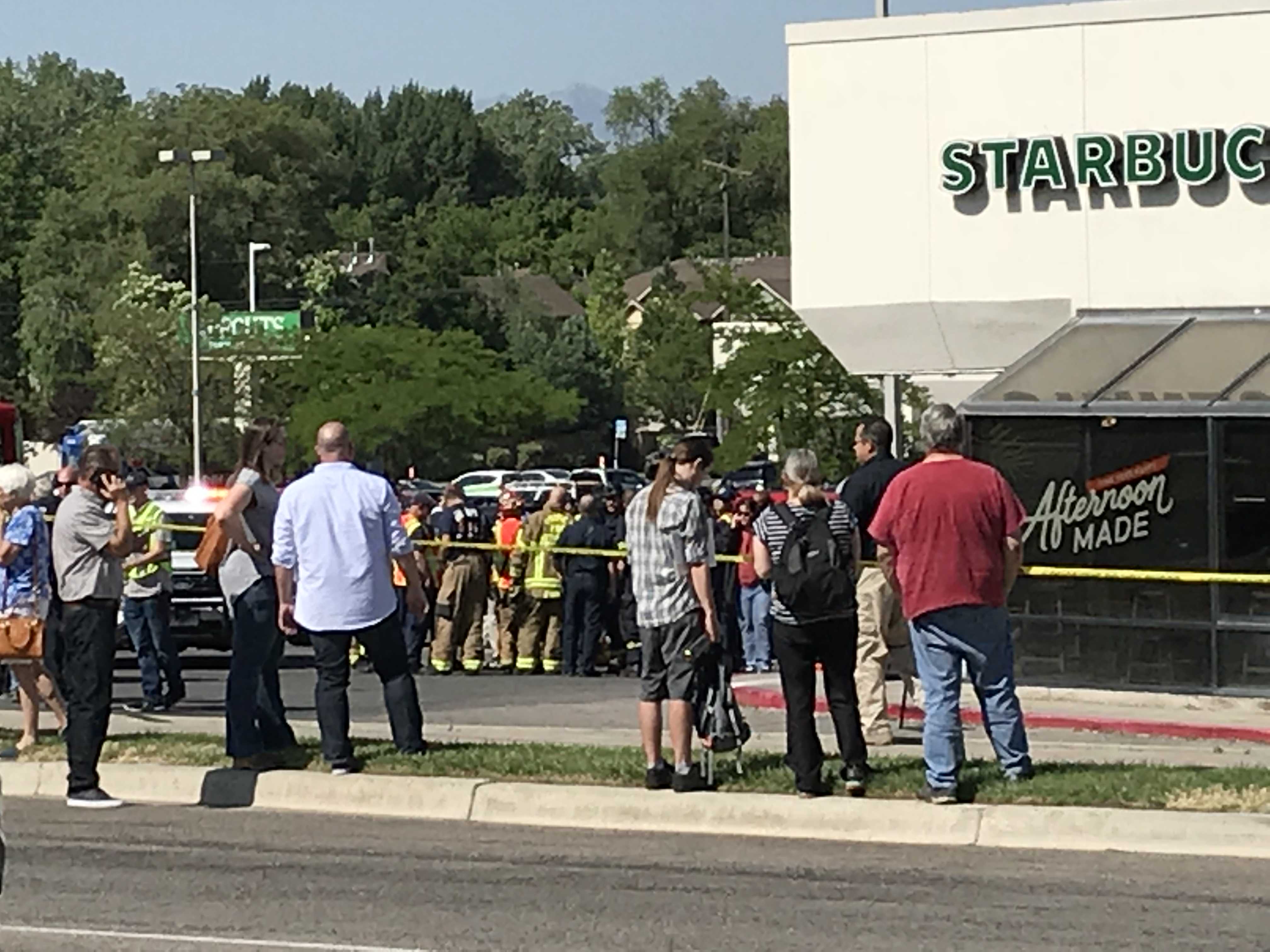