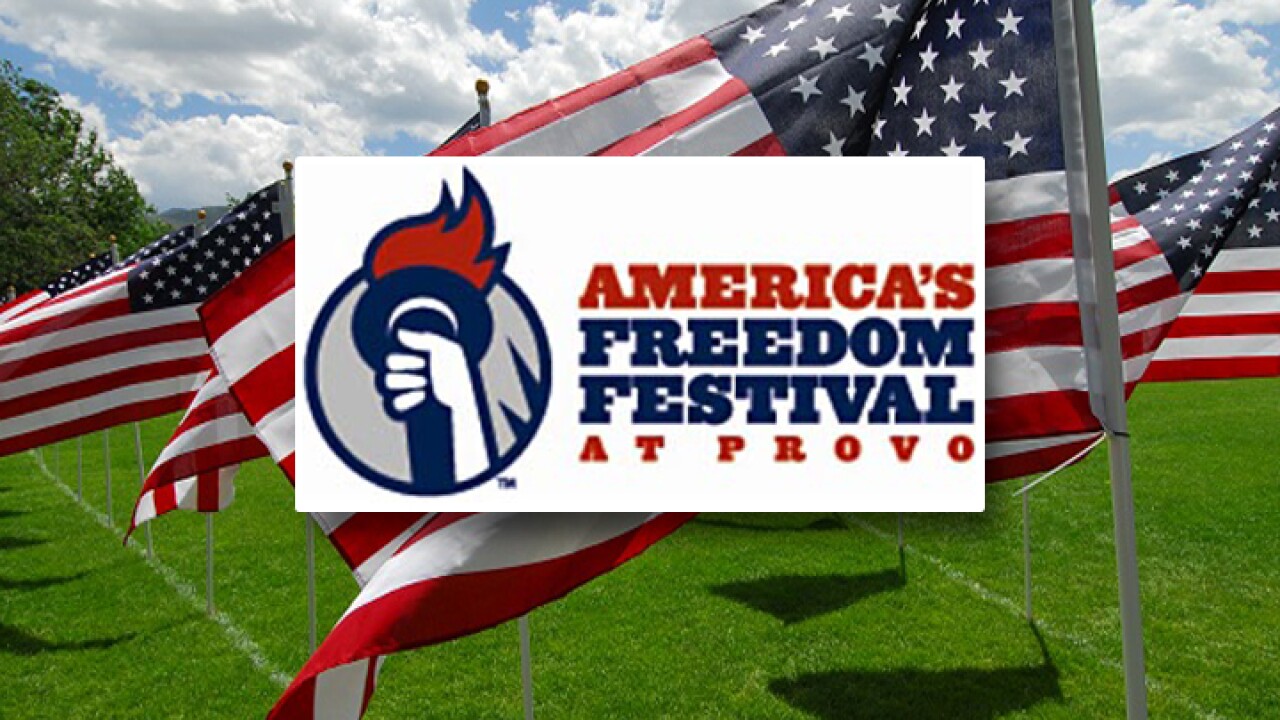 PROVO, Utah — Mayor Michelle Kaufusi has signed a new agreement with America’s Freedom Festival that includes a non-discrimination clause, but it apparently does not mean that LGBTQ groups will be allowed to march in the July 4 parade.

Five LGBTQ groups that asked to be in the massive parade had their applications rejected less than a day after Provo City and the Freedom Festival signed the agreement that includes sexual orientation as part of a non-discrimination clause.

“Corporation agrees not to and shall not discriminate on the basis of race, color, religion, gender, age, national origin (ancestry), disability, marital status, sexual orientation, or military status in any of its applicable activities in violation of federal, state or local laws,” the clause states.

“Nevertheless, the parties recognize and acknowledge that, consistent with applicable law, parade and other event organizers in general, and the Freedom Festival Board of Trustees in particular, have wide discretion to include or exclude organizations, groups, individuals, content, etc., on a wide variety of grounds, including but not limited to the perceived quality of the entry or offering; alignment with the theme, mission and values of the Festival; compliance with the rules and standards; and so forth.”

Not aligning with the theme of the parade appears to be the reason why Mormons Building Bridges was rejected.

“The Parade Committee has determined that your organization’s application did not clearly show how it would meet this standard and was not approved,” the rejection letter shared with FOX 13 said.

The letter from the Freedom Festival also said 22 other applicants were denied for similar reasons. Festival organizers did not return a message seeking comment on Wednesday.

FOX 13 confirmed that Provo Pride, Provo PFLAG, Encircle, Queer Meals and Mormons Building Bridges had all been informed they were denied entry into the parade. Mormons Building Bridges’ Kendall Wilcox said they had been having ongoing discussions with the festival about including LGBT veterans and other community groups in the parade, similar to church groups that appear. He said festival organizers pledged to work with them to make sure any entry would fit the theme.

“This is absolutely not in keeping in the agreement we had,” he said. “It now sends the message that LGBT people are not welcome. We find that totally inexcusable.”

Read a part of the rejection letter sent to Mormons Building Bridges here:

LGBTQ rights groups have complained they have been repeatedly excluded from participating in the July 4 parade. Mormons Building Bridges said they had twice been excluded from marching in the parade with LGBTQ veterans and Encircle, a youth resource center, was not allowed to participate at the last minute after being initially allowed in.

The Utah County Commission voted earlier this year to give $113,000 in taxpayer dollars to America’s Freedom Festival, but on the condition they add the non-discrimination clause to the contract. Provo City also provides taxpayer money and infrastructure support for the massive parade and festival.

“We hope they’ll have a mindset that Encircle, in particular, ended up in an awkward position last year with the last-minute change. So let’s look at how we can turn that into a positive for the group itself, for the parade, and for the community.”

Read the contract between Provo and America’s Freedom Festival here: