MORGAN COUNTY, Utah — The Morgan County Sheriff's Office wants local business owners to know how to spot fake currency after a large amount of it was found there.

The fake bills are of the same size as their genuine counterparts, and they may look real at first glance, but they also have markings that make them easy to identify as phony.

"This currency can be easily noticed due to large pink Chinese writing on the front and back of the bills," a Facebook post from the sheriff's office said.

Anyone who notices someone trying to spend fake bills is urged to contact local law enforcement officials immediately. 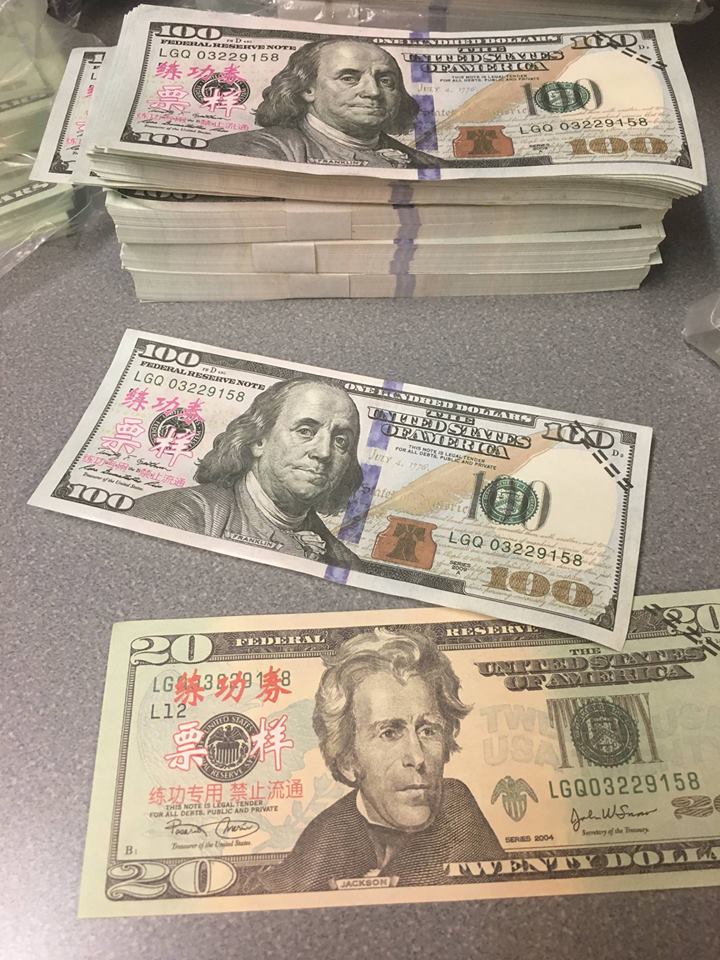