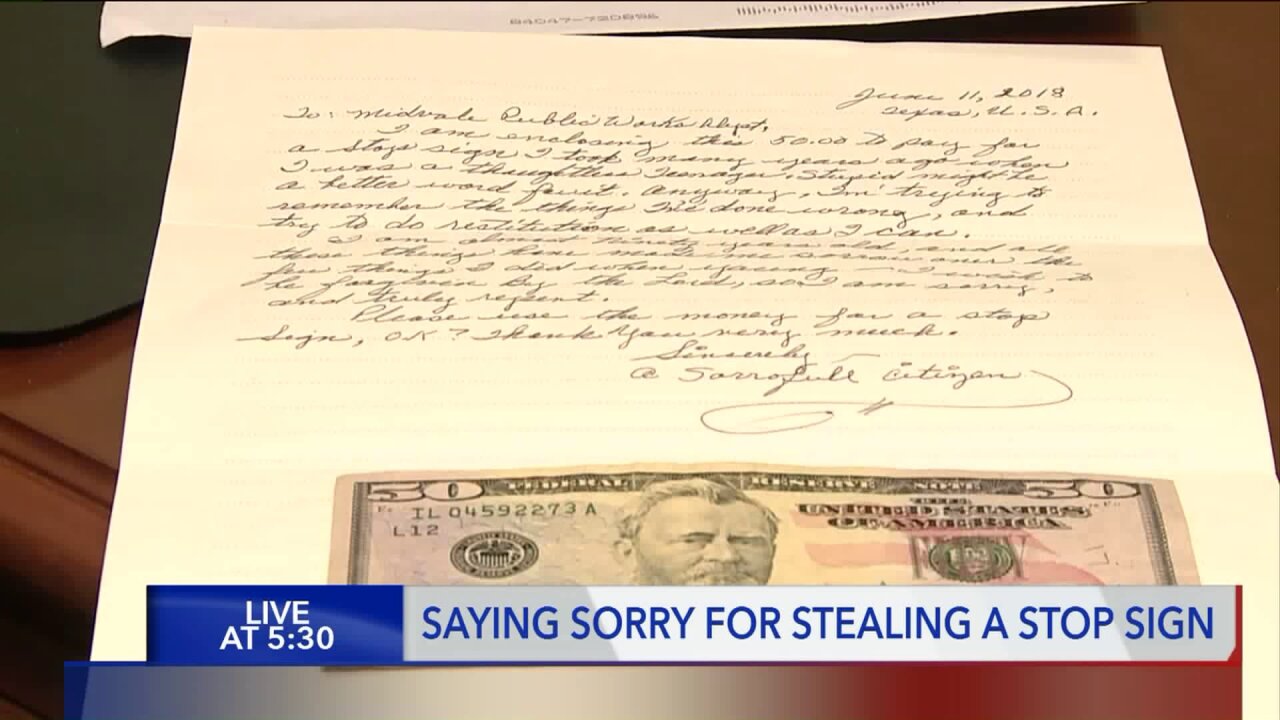 MIDVALE, Utah — City leaders are trying to solve a mystery.

Earlier this week, the Public Works department received an anonymous letter from someone claiming to be nearly 90 years old and asking the city for forgiveness.

“I’m enclosing this $50 bill to pay for a stop sign I took many years ago, when I was a thoughtless teenager,” the letter reads in part. “Stupid might be a better word for it.”

The letter postmarked from North Houston, Texas was received earlier this week. It does not include a return address.

Inside the envelope, along with the handwritten note, is a $50 bill.

The writer didn’t specify a date when the theft took place, but Midvale Mayor Robert Hale believes it happened about 75 years ago in the 1940s.

“He paid more than $50 in 75 years if he’s been carrying that burden on his shoulder,” Hale said.

Hale hopes whoever sent the letter will eventually reveal his or her identity so the city can recognize that person for making amends and setting an example that it is never too late to do the right thing.

“He’s cleared it up a far as we’re concerned," Hale said. "We can scratch out that line on the account receivable now."

The mayor will honor the writer’s wishes by using the money to replace the next stop sign that needs to be replaced.

Here is the tweet with the text of entire letter:

We received the sweetest anonymous letter from a 90-year-old Texas gentleman, and just had to share with y'all. #texas #BlessHisHeart pic.twitter.com/z2A5k78gBz