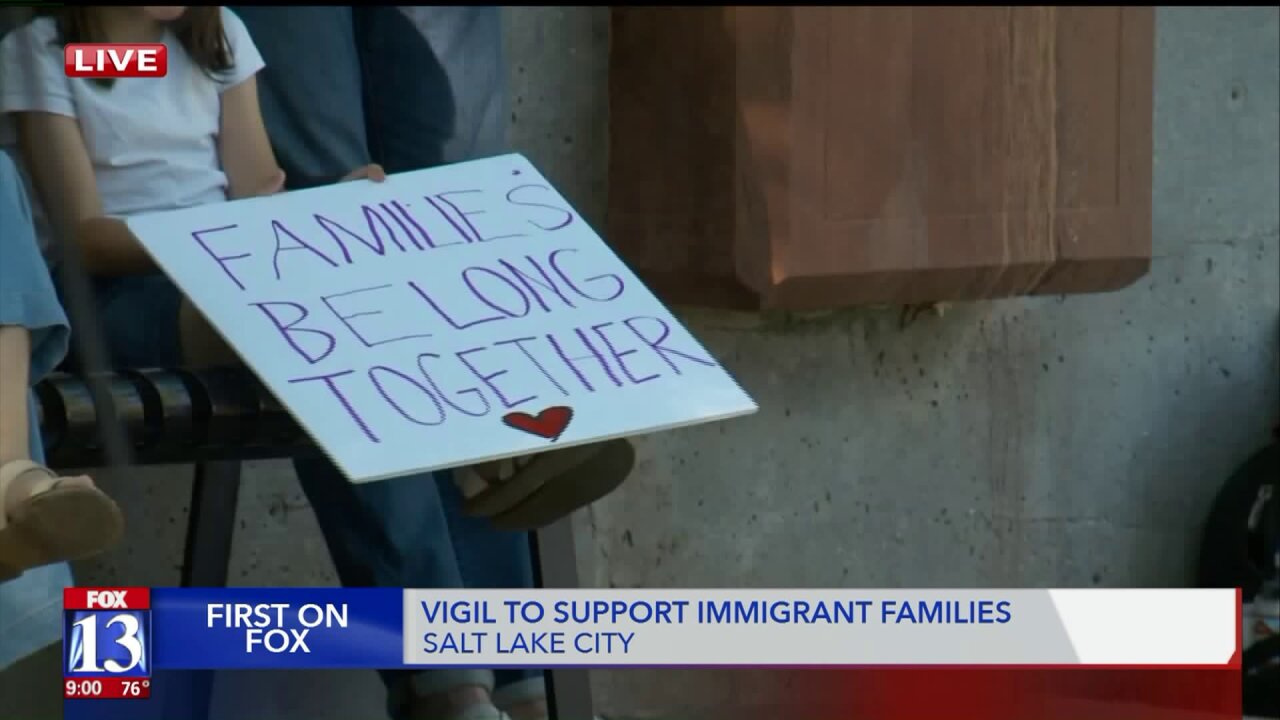 SALT LAKE CITY — Dozens of people gathered at City Creek Park to show their support for immigrant families separated while trying to seek asylum in the United States.

She and others in the organization are outraged after seeing photos and hearing reports of immigrant children being taken away from their parents after crossing the border.

“I look around sometimes and think, ‘Is this America?’,” she said.

The solemn event included the singing of several hymns and the recitation of prayers.

Mullins Glen said she realizes there aren’t any easy solutions when it comes to immigration, but she believes taking children away from parents is not the answer.

“We believe that the family truly is a sacred institution that needs to be protected,” she said.

As lawmakers try to find some common ground in this complex issue, Mullins Glen hopes everyone can understand what those who seek asylum are going through.

“These are people we are talking about, just like us who love their children just as much as we love our children, and we are treating them like animals,” she said.

Despite the President’s Executive Order last week ending some family separations, MWEG is calling for the President to reunite the 2,000 children who are still separated.

“This is really a moral issue," Mullins Glen said. "I think anyone with a beating heart recognizes that this is just wrong."