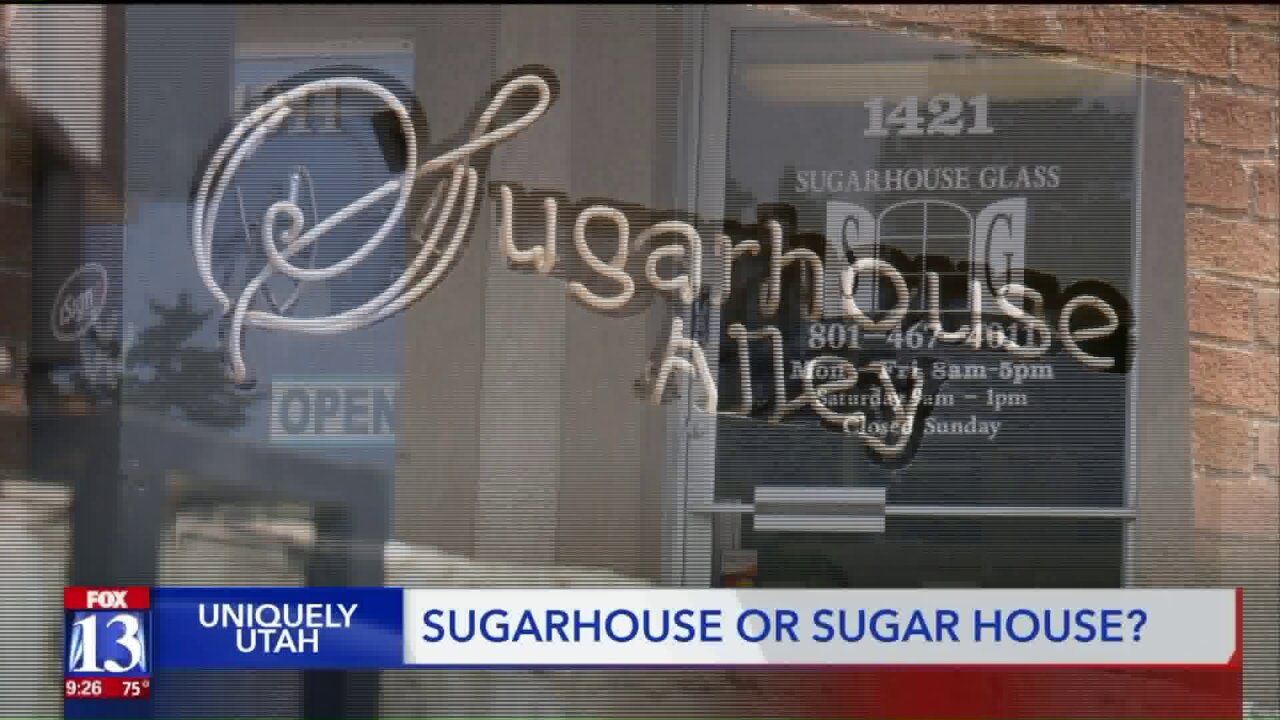 SALT LAKE CITY — The trendy neighborhood on Salt Lake City's east side has a bit of an identity crisis. Is it called Sugar House or Sugarhouse? Even some people living there aren't quite sure.

As FOX 13's Todd Tanner reports, the confusion has been there since the beginning.