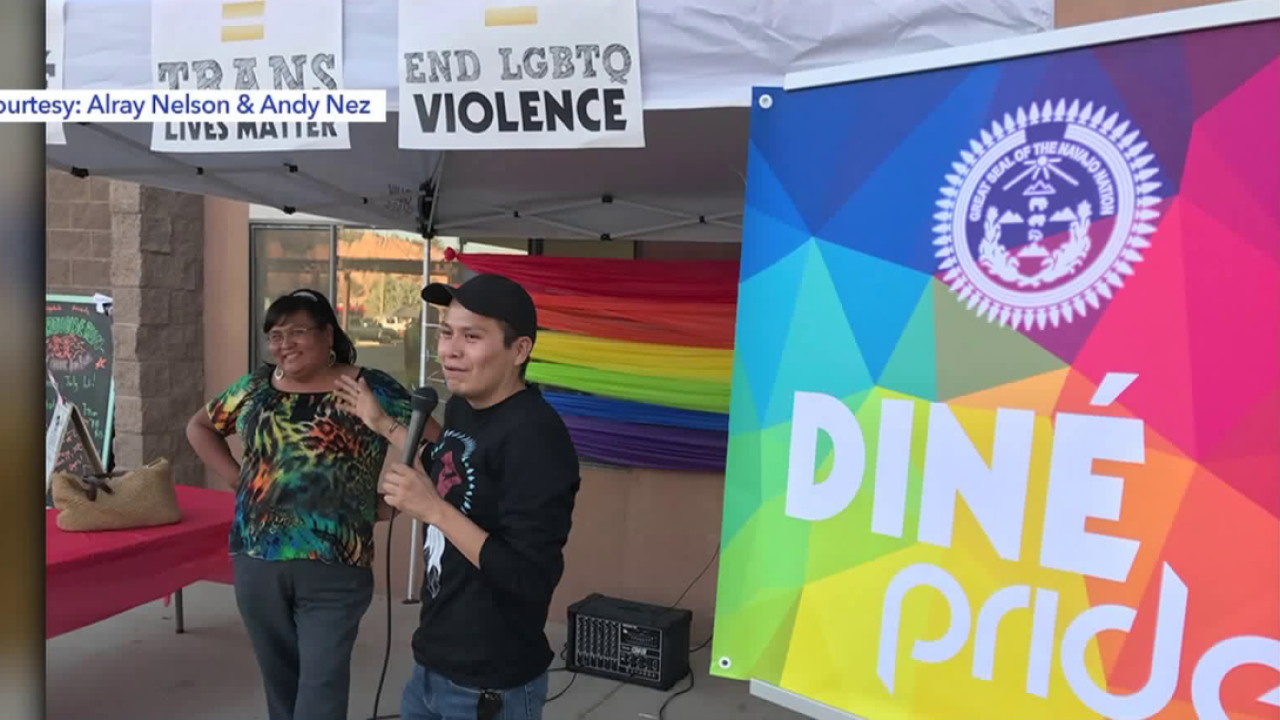 WINDOW ROCK, Ariz. - This weekend, a first-of-its-kind special event will kick off in the Navajo Nation to celebrate the LGBTQ and two-spirit community.

Pride is normally a weekend event celebrated in many major cities across the nation, including several cities in Utah.

But in the corners of Utah, Arizona, New Mexico and Colorado, LGBTQ leaders expressed that the same kind of unity isn’t as apparent.

“The long history of LGBTQ and the Navajo government is definitely a tumultuous one,” said Alray Nelson, lead organizer for Coalition for Dine’ Equality.

He said the Navajo Nation’s laws don’t reflect the traditional values of their people.

“In the Navajo Nation, they don’t have marriage equality that we enjoy,” echoed Troy Williams, Equality Utah Executive Director. “They don’t yet have protections in the workplace and in housing.”

Dine’ Equality’s spent months organizing the first Dine’ Pride event, as they look to spark conversation, change and, Nelson said, to send tribal leaders a message that they’re coming together against oppression.

The event’s theme is “We are Sacred.” Nelson said that their story of creation says being LGBTQ is part of tradition.

He indicated the theme is especially important for LGBTQ youth.

“It’s important for them to be who they are and to be proud of that identity,” he said.

“We’re going to have a whole festival set up where there’s going to be a health and information fair,” Nelson said.

Williams said Equality Utah has been working with Dine’ Equality and helped with financial support for the event.

“If there’s a pocket of our community that doesn’t have all the rights, and the liberties, and freedoms that we enjoy, we need to lift them up,” he said.

Nelson said tribal leaders have expressed support of the event.

“Our Dine’ Pride event is a perfect example of us moving forward as a community, and being politically active and organized,” he said.