Several homes lost to wildfire near Fruitland in Duchesne County

Witnesses said they watched the high winds push the flames and burn the homes in less than a half of an hour.

"I seen smoke. I jumped on my four wheeler, run over here and this first [house] was engulfed in flames," said Todd Hall, who lives across the highway.

He said in five minutes, the fire overtook the second house as the family there evacuated and moved their cars. Ten minutes after that, he said it reached the third before heading toward a fourth home.

"First and second house was already gone by the time [the firefighters] got here," he said.

Shayne Ward with the Division of Forestry, Fire and State Lands said the volunteer fire fighters diligently got to work to keep the other homes in the area standing.

They managed to keep the flames just feet away from some of the houses. The fire reached highway 40 at one point. The dry, windy conditions proved a challenge.

"Wind-driven fires are the big factor," Ward said. "When the wind died down, a lot of the fire died down with it."

By late evening, he said the fire was estimated at 20 acres in size, and five engines and a hot shot crew were working on full containment.

Now, they'll look at how the fire started, though Ward said they suspect it originated in a shed and took off from there.

"They're still going to bring in a fire investigation team just to double check everything, make sure that is in indeed the origin of the fire," he said.

The Utah Red Cross Tweeted Wednesday evening that a team was providing food, shelter and comfort to the several adults, five children and at least four pets affected by the fire. 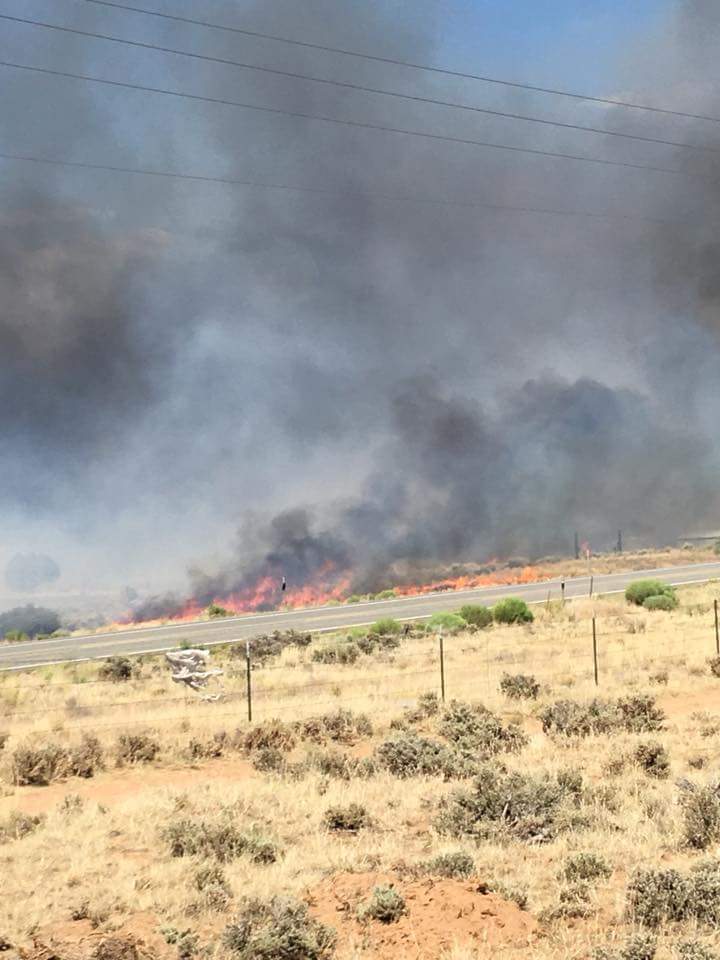