UPDATE: As of Tuesday afternoon the Black Mountain Fire was still burning 6,000 acres and was 98 percent contained.

“Assigned resources are being held in place through this wind event and as critical fire weather conditions persist,” Howell wrote.

According to Utah Fire Info, the Black Mountain Fire is two miles south of Minersville, and has burned at least 5,000 acres.

Crash that caused the Black Mountain fire near Minersville.

UHP said a white 1998 Ford Explorer drifted off the road and the driver over-corrected. The vehicle rolled several times and ended up in dry brush.

Shannon Dotson witnessed the crash and stopped to help.

“[The driver] was alright, pulled himself out of his car so I kind of got him away from his car,” Dotson said.

The driver was taken to Beaver Valley Hospital with minor injuries, according to UHP.

Dotson said after making sure the driver was okay, she realized the crash sparked a fire.

She said some men stopped to try to put the fire out by beating it with shovels, but the wind was too strong. Witnesses said the fire jumped the highway and started pushing toward town.

For most of the afternoon, the Bureau of Land Management said the town of Minersville was threatened, but the fire headed east instead.

The fire began burning away from the town, but it is still extremely active and the BLM said the wind could push it in a different direction at any time.

Three volunteer fire departments, from Cedar City, Milford and Minersville are battling the blaze, Nick Howell from the Bureau of Land Management said.

He said the hope is that four hand crews, aircraft and engines will be dispatched, but with so many fires burning, he resources are being stretched.

“All of our fire fighting resources across the whole southwest Utah area are pretty much expended throughout the three fires that we have here,” Howell said.

Thursday night, Utah Fire Info said that one seasonal cabin was threatened, and the Beaver County Sheriff said one ranch was on standby to evacuate. Howell said cattle as well as radio towers are a big concern for firefighters.

That stretch of SR 130 will be closed for some time, Howell said. 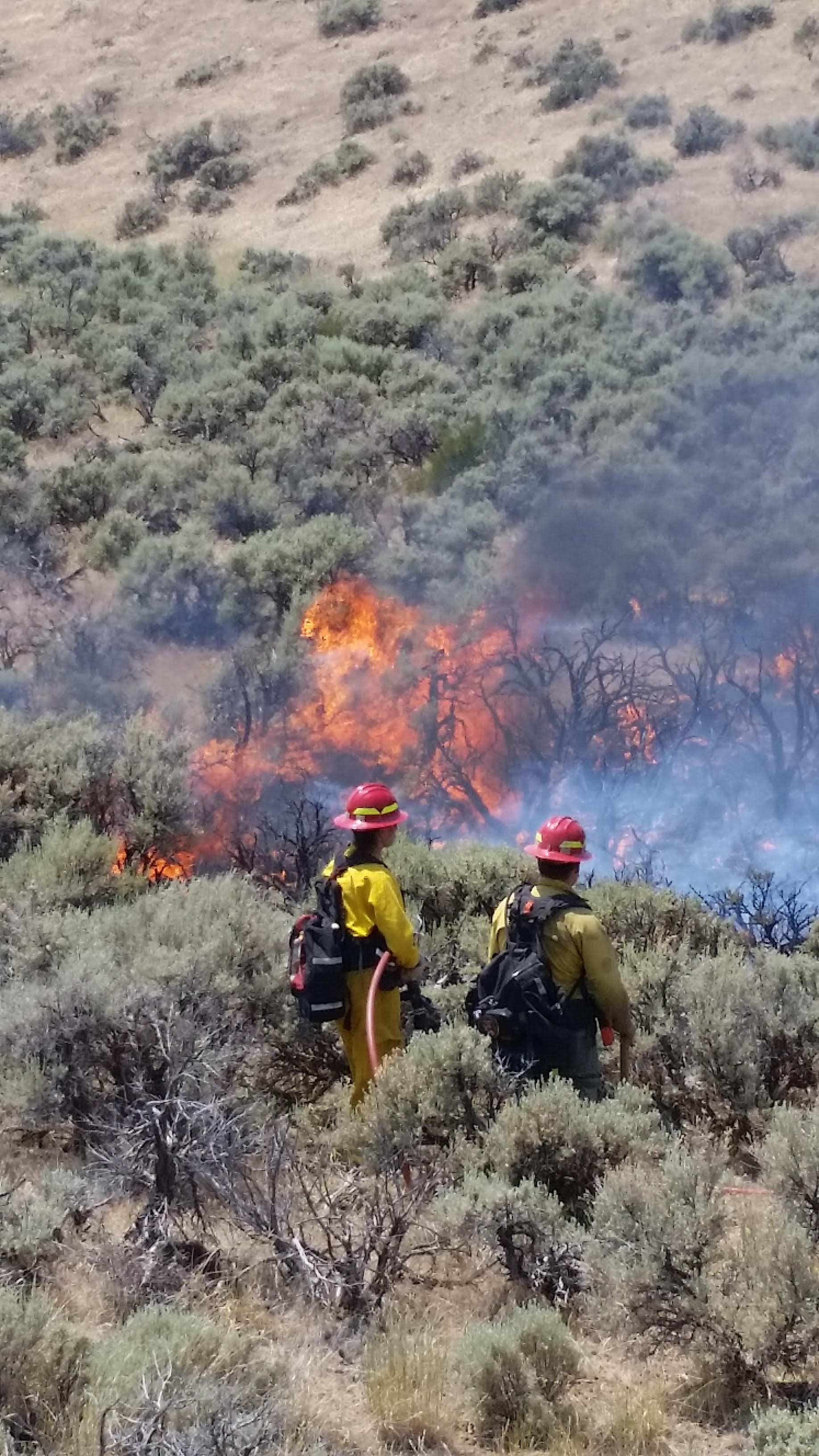