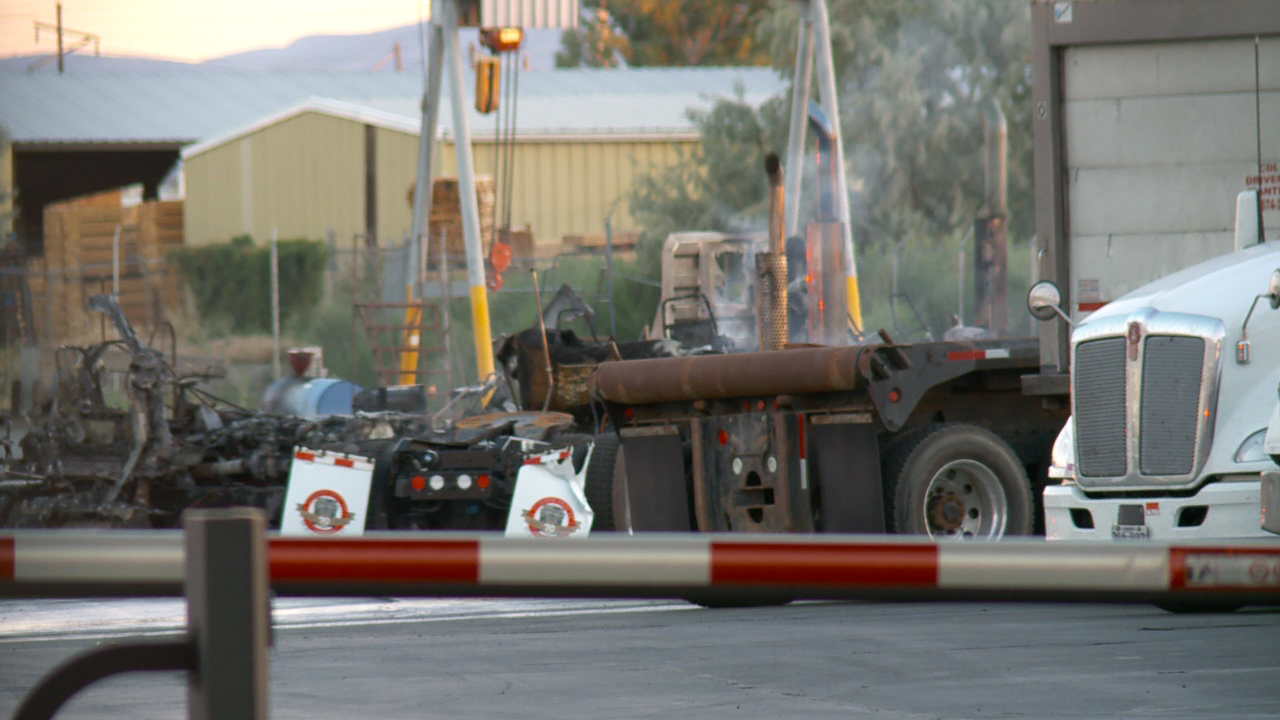 WEST VALLEY CITY, Utah — As many as nine semi trucks were destroyed and several others were damaged after a fire broke out at Kenworth Sales in West Valley City Sunday night.

The fire broke out Sunday around 8:15 p.m., and about two dozen firefighters from several agencies responded, arriving to find black smoke coming from the rear of the facility.

Battalion Chief Bob Fitzgerald, West Valley City Fire, said they couldn’t find anyone on site, so their crews had to cut through a couple of gates to access the fire.

“When the first crews arrived, they found at least two of the semis on fire—there’s about nine semis that were damaged and pretty much destroyed by the fire and another couple, two or three, that were impinged by fire and flames and received some damage also,” Fitzgerald said.

Fitzgerald said only the semi cabs were destroyed, as they were not hooked up to trailers at the time of the fire.

Fitzgerald said crews had the fire under control in about 45 minutes but remained on scene much longer afterward to monitor hot spots and make the scene safe for investigators to begin their work.

There were no injuries reported. While Fitzgerald doesn’t have a firm estimate on damage, the cost of the destroyed semis is expected to be in the millions.

The cause of the fire remains under investigation, and Fitzgerald said they hope the facility’s on site surveillance cameras will help them determine the cause.

He said they were lucky the weather cooperated.

“There’s so many factors that could have made this a lot worse,” he said. “If we’d had the wind that we’ve had the last couple of days, that would have made the fire much more difficult to fight.”