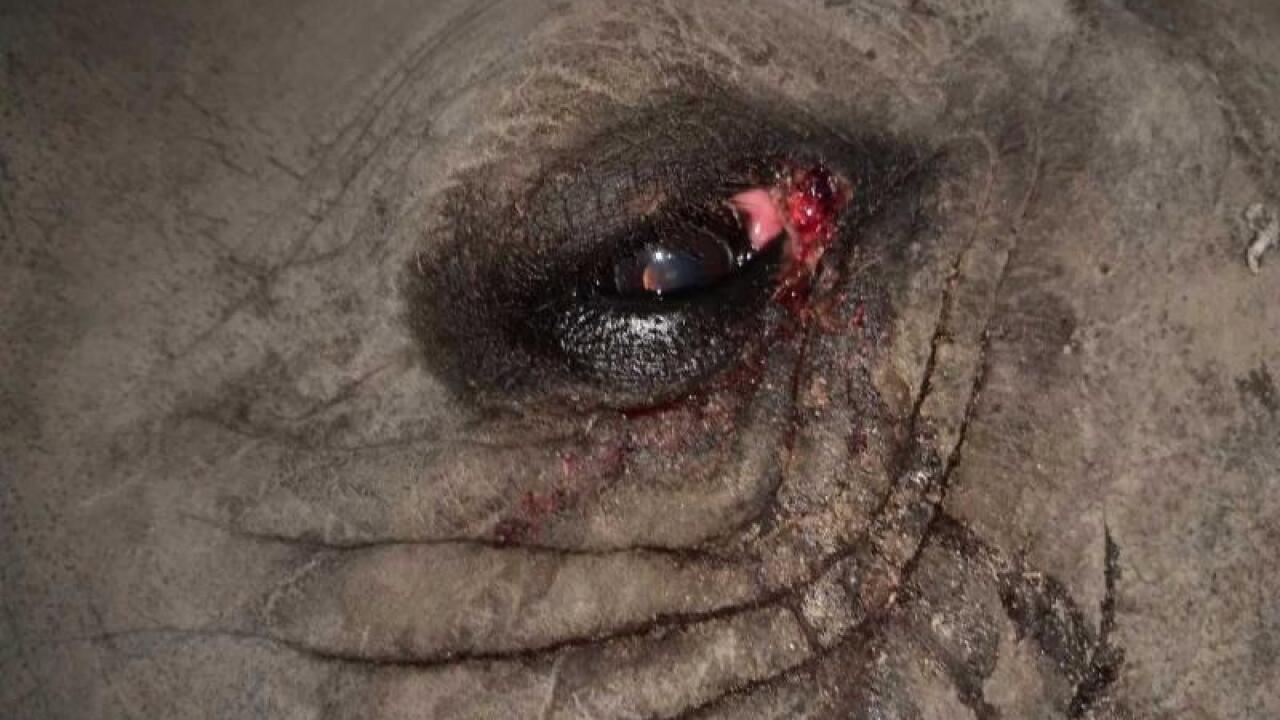 SALT LAKE CITY – A rhino at Utah’s Hogle Zoo is getting the royal treatment, and relief from irritated eyes this summer.

The zoo says that each spring going into the summer, Princess the white rhino gets red, swollen, and irritated eyes from flies and allergies.

“She’s always had seasonal allergies and every spring it would just flare up,” said zookeeper Melissa Farr. “With the pollen and dust and flies, our routine to keep her comfortable was to flush her eyes and treat her with ointment.”

Still, zookeepers said the eye flushes were only mildly effective. Keepers worked in order to find a solution that would prove to be more effective.

“A lot of us grew up around horses and they’ll wear fly masks for the very same reason,” Farr said. “So we began to wonder how to get a fly mask in Princess-size.”

The zoo partnered with A.A. Callister, a local business, in hopes a mask could be made for Princess.

“We reached out to several companies but many of them were not sure how they could help,” said Bridgette Layne with A.A. Callister. “Our sales rep put us in touch with Horseware Ireland and they went above and beyond in making this happen.”

After many calls and emails, “Team Princess” got to work.

Horseware Ireland worked with a supplier in China and was able to get a pattern made for Princess’s new eye mask.

“It took almost a year getting her trained,” Farr said. “We’d wear her mask ourselves, we’d spend time putting it near George and Princess, we’d practice fastening straps under her chin – it was baby steps. We worked with her every morning.”

“The partnership between Utah’s Hogle Zoo, A.A. Callister and Horseware Ireland has brought immeasurable relief to Princess, peace of mind for her keepers and an interesting talking feature during a visit to the rhino yard,” Utah’s Hogle Zoo officials wrote.