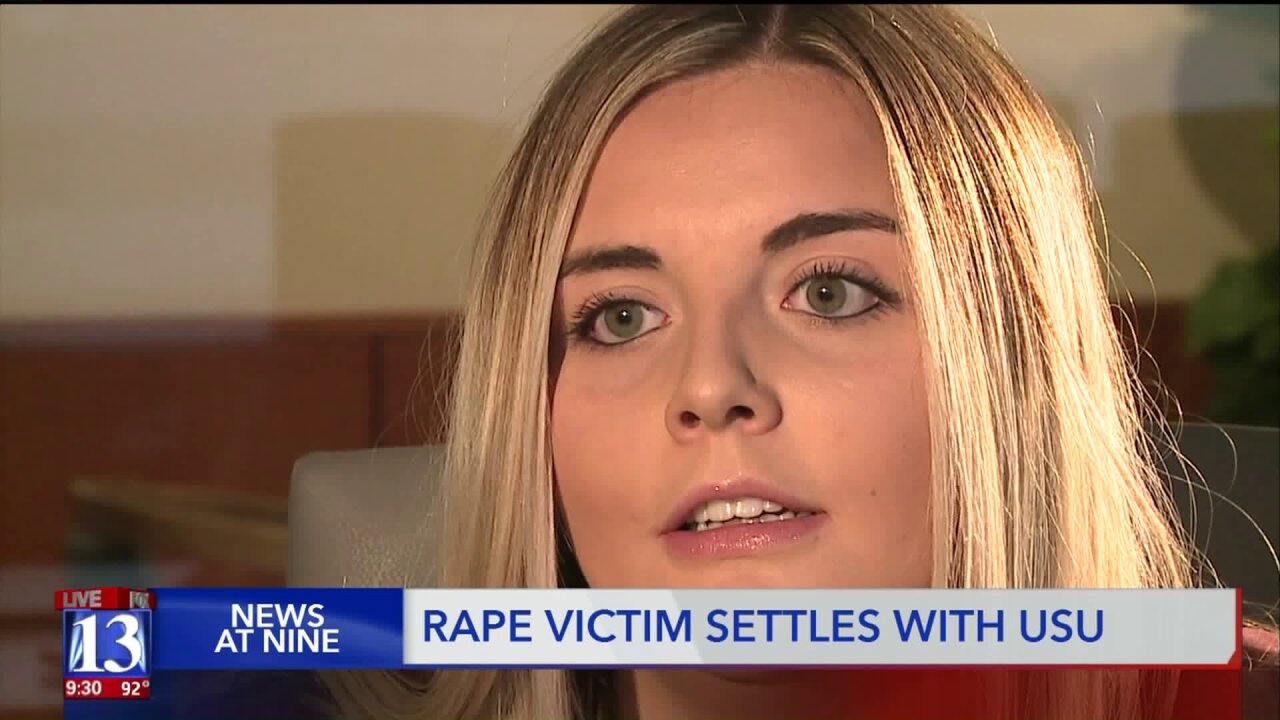 Victoria Hewlett was beaten and raped by Jason Relopez at a Utah State University fraternity in 2015. Thursday, USU and Hewlett signed a settlement ending the case between them, but not Victoria’s ongoing case against the fraternity.

According to the documents provided by her lawyer, Utah State will pay $250,000, but it’s not the amount her lawyers were looking for in this case.

“How do you put a price on that, and what it does to someone,” said Jeffrey Eisenberg, Hewlett’s Attorney. “When you think about someone who spends six hours in such a brutal situation, being repeatedly raped and assaulted and beaten, there are many people who would say that’s nothing in the way of compensation.”

Instead of additional compensation, Victoria’s lawyers asked for change.

Utah State will now require fraternities and sororities to “once a semester, submit a report,” disclosing “all known allegations or reports of 'misconduct,' including sexual or other misconduct,” “all known allegations or reports of alcohol or controlled substance infractions,” “descriptions of actions taken to prevent sexual harassment, underage drinking, alcohol and substance abuse,” and a random, unannounced “inspection by a representative of USU at least twice during each semester.”

Changes, Eisenberg said are groundbreaking for a public university.

In a statement to Fox 13, Utah State said they were “pleased to sit down with Victoria, to hear her important perspective and learn about what we needed to do better. We worked with Victoria and her family in a collaborative process to create a set of commitments that will result in meaningful changes for student safety.”

Though Thursday marked the end of Hewlett’s case with USU, Eisenberg said their journey for justice is far from over.

“The next step in this is to complete the case with the fraternity itself, both the local chapter and the national chapter,” Eisenberg said.

The local fraternity had plenty of indications that Relopez was a threat, Eisenberg continued, but nothing was done, and Hewlett was raped.

“I think back on how horrible and painful it all was in the beginning,” Hewlett said. “I’ve had to relearn the way my brain works. I don’t feel like I’m the same person that I was before, and that’s still hard.”

Whispering “I love you,” into her mother’s ear before the interview, Hewlett said it’s been hard on their family.

Her mother, Colleen, said it’s been the hardest thing she’s had to go through with her husband, but that it’s brought them all together.

“We’ve fought together and we have watched her grow into this amazing, strong, beautiful young woman who can conquer anything,” Colleen said.