Moose tranquilized, relocated after visiting Marriott Library at U of U 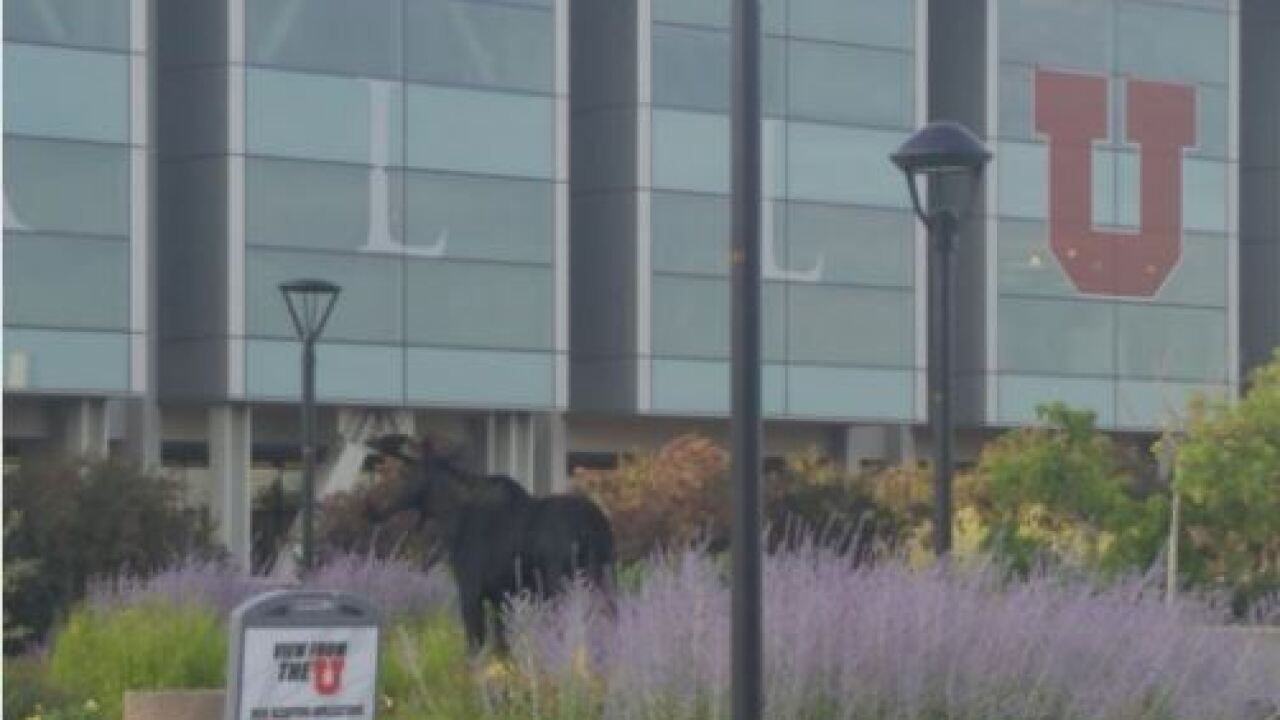 SALT LAKE CITY — Wildlife officers tranquilized a young bull moose and relocated the animal after he came down out of the mountains to visit the University of Utah Monday morning.

Utah DWR stated in a tweet that they released the animal in the mountains of central Utah after tranquilizing the moose. They also posted footage of the moose in his new home, see the tweet below for that video.

Marriott Library stated via Twitter Monday morning that the “furry visitor” came early to check out some books but has been helped back home.

“We’ll moose you!” the tweet from the library concludes.

Good morning! This furry visitor came early to check out some books and now has been helped back to their home! We'll moose you! pic.twitter.com/xqv1WRkhLv

While the tweets about the animal visit are in good humor, moose can be aggressive and may pose a danger to humans. Visit Wild Aware Utah for information about avoiding encounters with moose or what to do should you encounter one of the animals.