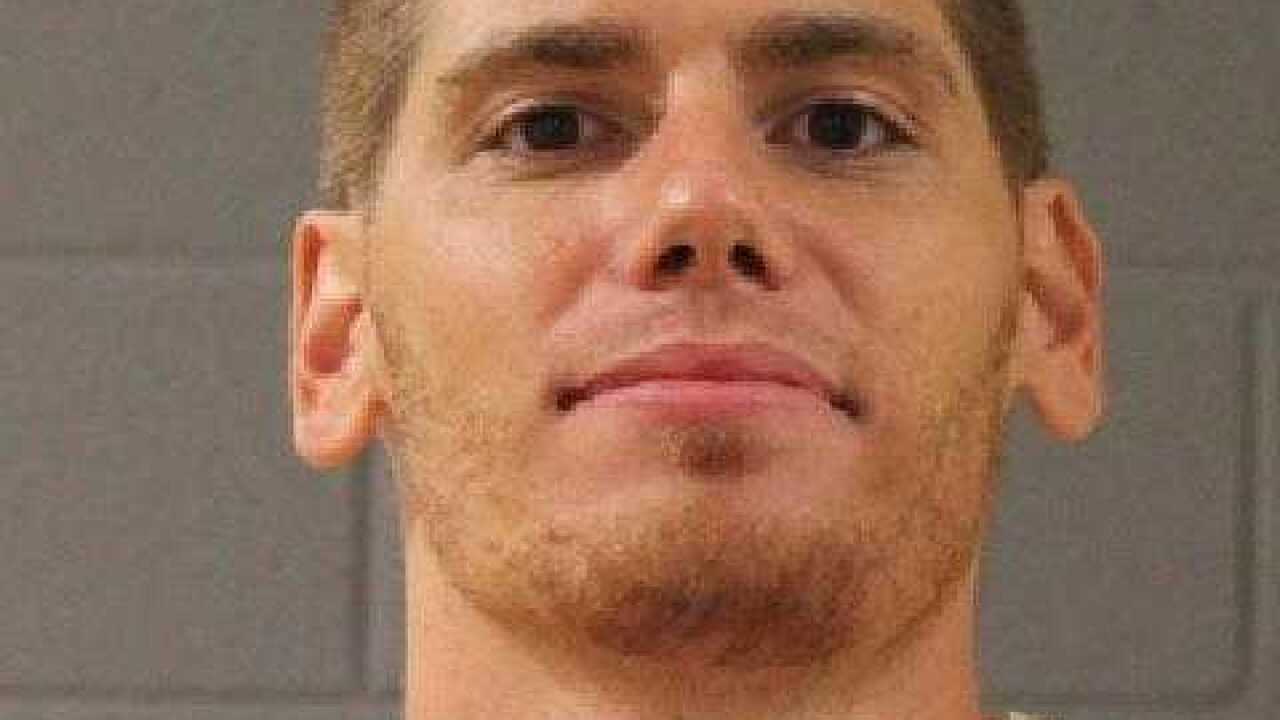 ST. GEORGE, Utah – A suspect was arrested in Washington City Tuesday after allegedly carjacking a woman at knifepoint and robbing a store; then afterword writing an apology letter to the victim.

Trayvin Jensen, 28, was charged with two counts of aggravated robbery and one count of theft with a weapon Tuesday following the alleged carjacking, chase and subsequent arrest.

According to a probable cause statement made by the St. George Police Department, officers responded to the area of 900 S. Bloomington in St. George Tuesday on a report of a possible carjacking.

When officers arrived on the scene, they spoke with the victim of the alleged carjacking, who told police that she and her granddaughter had just arrived in St. George from Salt Lake City, the probable cause statement said.

While the victim and her granddaughter were unpacking their belongings from the car and moving them into a residence, they noticed a suspicious male walking through the neighborhood, police said. The suspicious individual was described as a tall, skinny white male wearing a striped grey hoodie, dark baggy pants, and dark shoes.

The statement said when the victim and her granddaughter finished unpacking the car, the victim drove the vehicle into the garage of the residence. At that point, the suspicious male allegedly approached the victim and demanded the car keys.

Police say the victim initially refused to give the keys to the male and a pushing match ensued. During the altercation, the man allegedly pulled out a silver-colored knife and threatened the victim.

“He told her that she was ‘going to get hurt’ if she did not hand over the keys,” the probable cause statement said.

Police said the victim became fearful and handed over the keys. The suspect then drove away in an unknown direction.

While the victim was completing a witness statement, dispatch informed officers with the St. George Police Department that another robbery had just occurred at a Chevron gas station on Riverside Drive.

Onstar worked with dispatch officials in an attempt to turn the car off, but the vehicle remained operable, the probable cause statement said.

Eventually, while driving in the area of 2700 East and Riverside and being pursued by police, the suspect allegedly exited the vehicle while it was still in motion. The suspect then allegedly took off on foot, and Washington City Police Officers followed.

“After climbing two walls, the suspect was eventually tased and he fell into a small swimming pool,” the probable cause statement said. “Washington City was able to handcuff the suspect and stand by with him until additional officers arrived on scene.”

Police drove the victim of the alleged carjacking to the scene, who positively identified the suspect as the person who stole her vehicle, the probable cause statement said.

The suspect was identified by police as Jensen after he was recognized by the victim.

During the interview, Jensen admitted to most of the actions that were reported by witnesses and victims, the probable cause statement said.

Police say Jensen also wrote an apology letter to the victim, saying he was sorry for what he had done.