WASATCH COUNTY, Utah -- A slow-moving rainstorm helped crews get the upper hand on what had been a very fast-moving fire near Deer Creek Reservoir.

The fire is burning on the southwestern edge of the reservoir near the top of Provo Canyon, and was first spotted around noon Wednesday.

It had burned about 250 acres by Wednesday evening.

The cause of the fire is still under investigation, but it may have been a lightning strike that has been smoldering for a few days.

Another possibility is that it was sparked by the Heber Valley Railroad which runs through the area.

Besides the timely rain, the proximity to the Dollar Ridge Fire meant a lot of air assets were nearby.

"We have three helicopters, the super scoopers dipping out of Deer Creek Reservoir and dumping on the fire as well as a very large air tanker, the DC10," Fire Spokesman Jason Curry said.

During the heavy rainstorm, the air attack was grounded, and crews fighting the fire on the ground were forced to come off the mountain.

According to Utah State Parks, boat ramps at Deer Creek State Park have been closed due to the fire and boats currently on the water are being cleared from the reservoir. 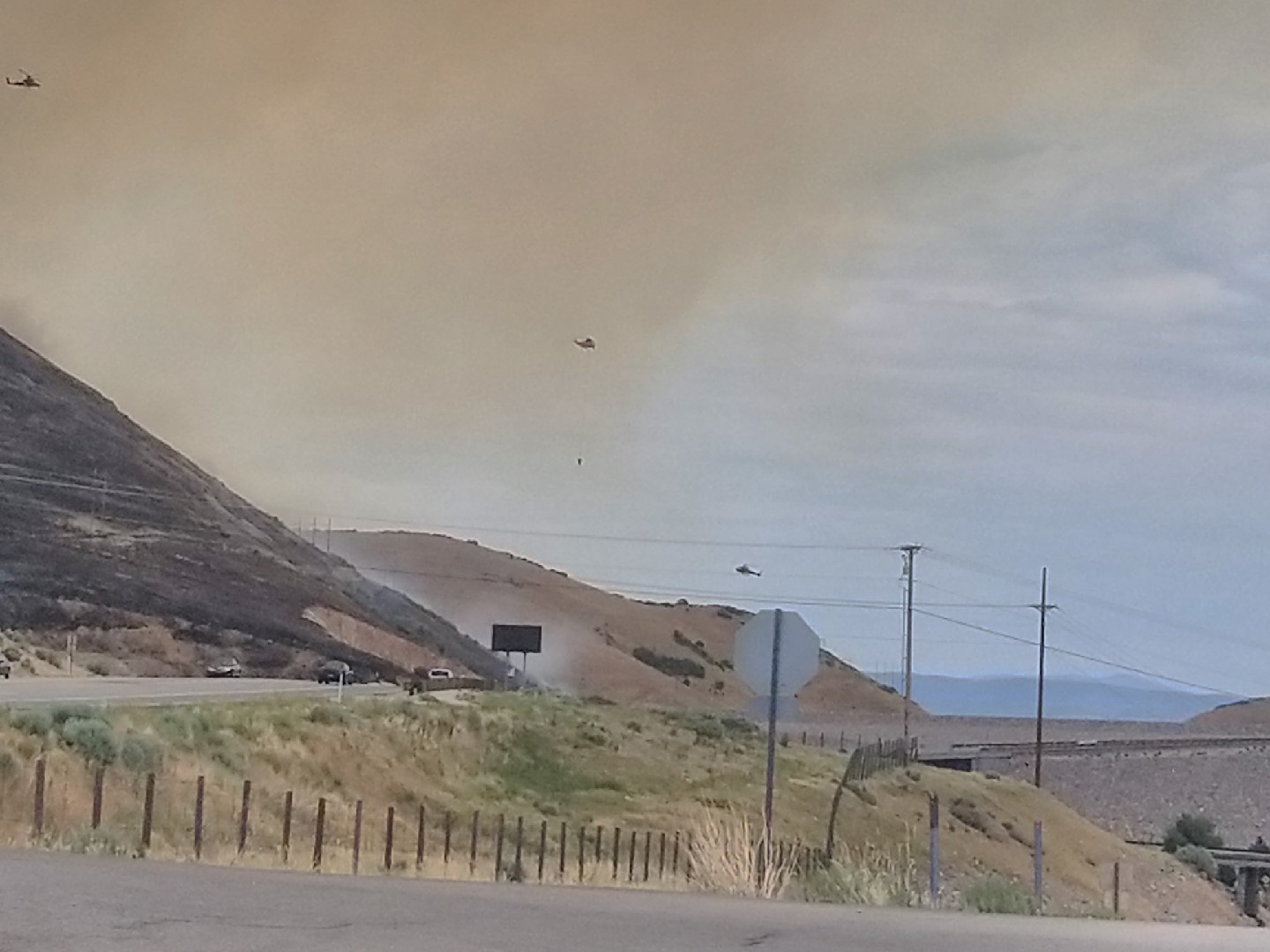