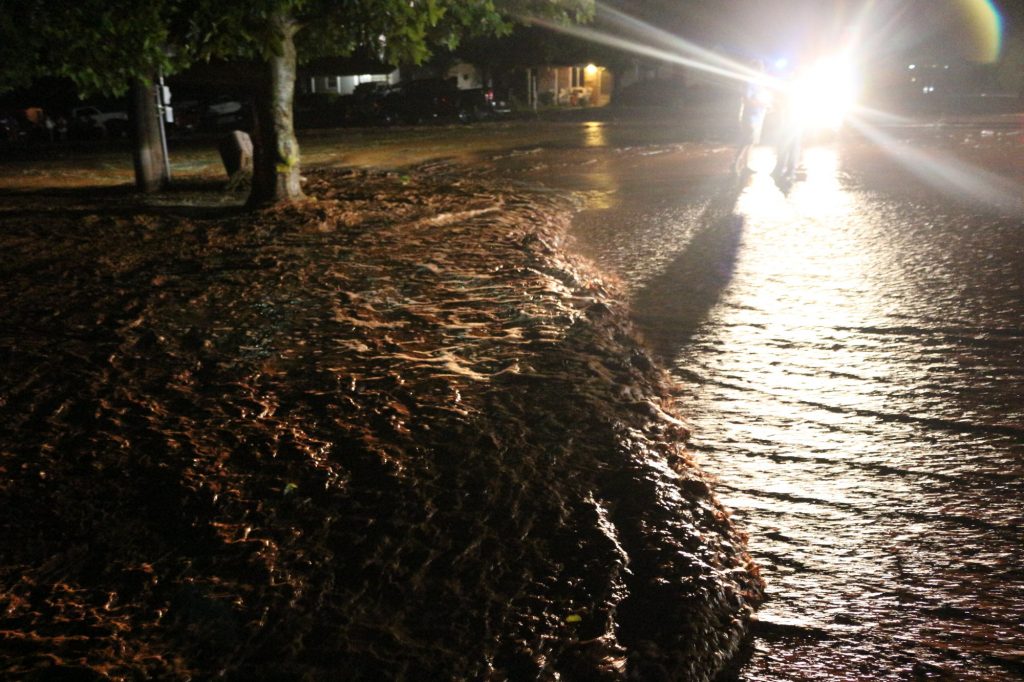 WASHINGTON CITY – For the second night in a row the streets and homes in Washington County have been flooded by heavy rainfall.

Meanwhile, many homes were flooded on Main Street just south of the I-15 underpass and on 400 North.

“It got inside the house. The whole kitchen and living room area has a bunch of mud in there that’s seeped through,” Josh Ayala, a resident whose home is on Main Street, said. “We’ve got a good 4 inches of mud all throughout the carport. It destroyed our whole front yard.”

Washington City Power responded to parts of the Green Springs and Brio areas where they say power was knocked out due to flooding. It was restored by around 12:30 a.m. Saturday morning.

St. George News spoke to Washington City Manager Roger Carter who said they were aware of at least five homes that had been flooded. Fortunately, they say, no injuries have been reported.

You can read the full story written by St. George News here.