Police said the two suspects went to five different residences at around 3:35 a.m. on July 8. It was unknown what was taken during the alleged burglaries.

One male was described by police as Caucasian with short hair, wearing a dark shirt and jeans. He was observed attempting to enter two cars in Bluffdale, police said.

The second suspect was described as a Caucasian male with dark hair that appeared to be pulled into a bun with a thin beard. police said he was wearing a red shirt, red shoes, and dark pants.

Anyone with information on the two suspects was asked to contact Detective Coomes of the Bluffdale Police Department at 801-254-2000 ext 481.

Surveillance stills of the suspects were released by police and can be seen below: 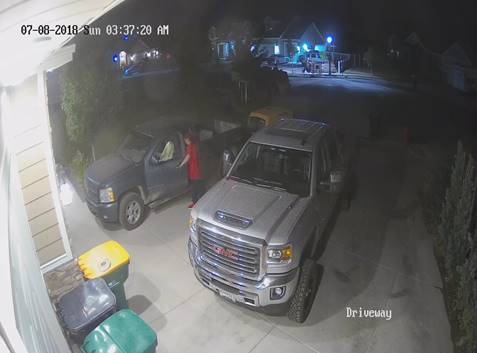