Quadriplegic paraglider traveling across the country has trailer stolen: “This was my home”

SANDY Utah,–- A trailer was stolen from a hotel parking lot while a man was staying there during his journey across the country.

“This is a huge setback, it's a massive set back,” said Joe Stone.

Stone suffered a permanent spinal cord injury at the C7 level in 2010. Stone is an incomplete quadriplegic, which means he is paralyzed from the chest down and has impairment in both of his hands.

Now Joe’s journey is on hold after thieves took off with his custom made camper and everything inside.

He was out soaring above the Salt Lake Valley and when he got back to his hotel in Sandy his camper was nowhere to be found.

“As I rolled up there were some broken pieces and stuff from the camper and on the ground and it was pretty obvious at that point it was stolen,” Stone said.

Joe spent months getting the Army green camper custom made. The thieves got away with the thousands of dollars of camera equipment inside and almost all that Joe owns.

“Now I’m just kind of at a loss I mean this was my home,” Stone said.

Joe and his dog were just two weeks into a yearlong journey touring the country to help kids with disabilities. It's all part of the Joe Stone Foundation, he's proof that a disability can't stop you.

“This whole journey that I’m on right now was a let's live out of the camper, let's live on the road, let's go to different places to fly and to introduce everybody what it's like to fly on the wheels,” Stone said.

Flying on wheels isn't easy to do after the paragliding crash nearly 8 years ago. With his trailer gone he now has no place to go. Even staying at a friends will be a challenge.

“I’m going to have to crawl up stairs to get into their house the bathrooms may not be accessible everything about this is so much more challenging because of my situation than it would be if I were able bodied,” Stone said.

Since someone took off with his camper it puts a stop to his plans at least for now.

“It's definitely put me on hold, it's definitely a setback, but I’m just going to keep doing what I can do to keep moving forward with everything,” Stone said.

He's asking everyone to keep an eye out for the unique trailer so he can continue his mission to help others and get back to the sky.

“I need everybody's help there's no way around that,” Stone said.

If you see the trailer or have any information on where it might be call police. 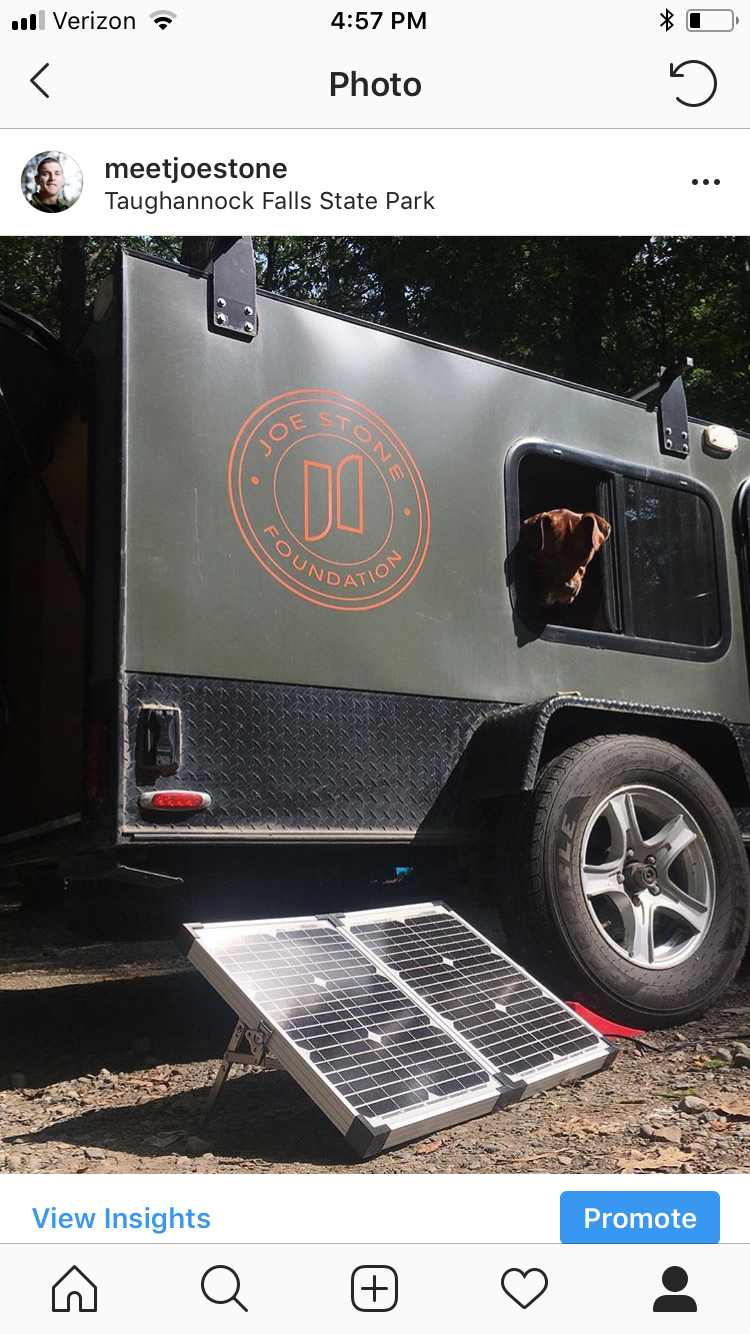