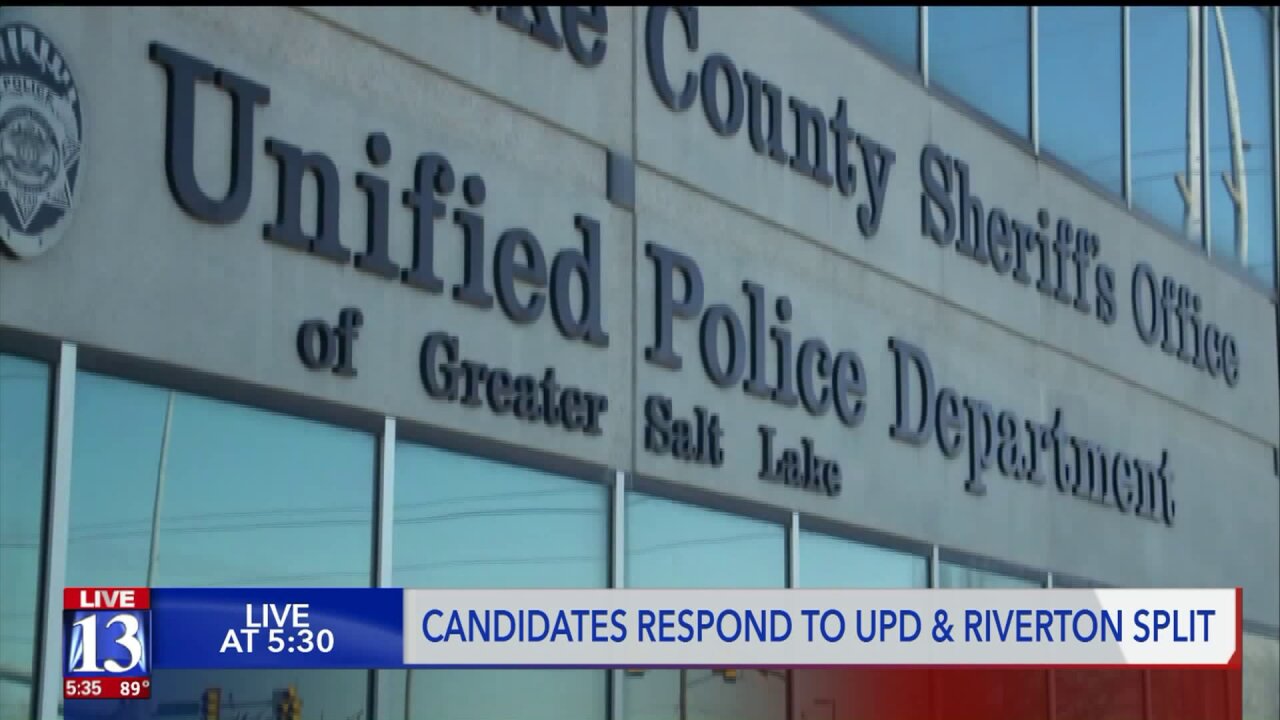 SALT LAKE COUNTY – The race for Salt Lake County Sheriff is heating up with candidates sparing over who is to blame for cities leaving the Unified Police Department.

At a press conference Friday, candidate Justin Hoyal, who has served at the Salt Lake County Sheriff’s Office and Unified Police Department for more than 21 years, took aim at his opponent, Sheriff Rosie Rivera.

“In my opinion (Rivera) is failing in leading this organization and bringing people together.”

Herriman, and most recently Riverton announced they are breaking ties with UPD. City leaders cited concerns with transparency and questioned what they are paying for.

“Herriman City brought to light the fact that there have been several emails that have gone unanswered by the sheriff,” said Hoyal.

Hoyal criticized Rivera for blaming the previous administration for these issues when she’s had a year to fix the problem.

“Having been in the leadership roles before, these concerns hadn't been brought up before. As a matter of fact, during the previous administration, cities joined the UPD, both Taylorsville and Midvale City," Hoyal said.

If he’s elected in November, Hoyal says he’ll re-evaluate the budget process and make sure cities get the resources they need and are billed appropriately.

“If we don't have somebody that is actually able to communicate and be responsive to our partner cities, we will continue to see other cities leave the Unified Police Department,” said Hoyal.

Sheriff Rivera was taken aback by the criticism.

“I'm a little bit heart-broken that somebody would use it as a political tactic especially when you're part of my team. You're part of our 'UPD,'” said Rivera.

Rivera said Hoyal has yet to speak to her face-to-face.

“If he has a solution, why not bring it forward now? Is he waiting til’ January?”

“We're hiring a new CFO to fix these issues that really should have been fixed in 2009 when UPD was formed. It shouldn't be about politics. It should be about doing the right thing at the right time. For me, that's what I'm going to do,” said Rivera.