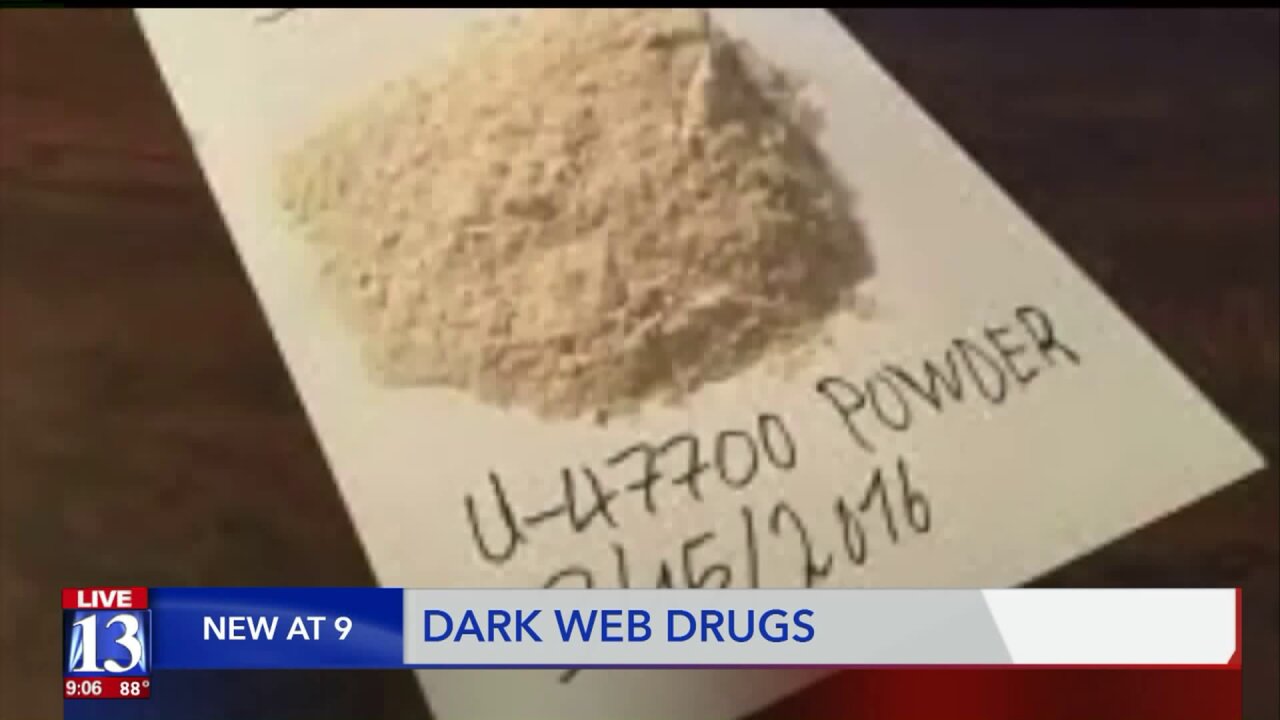 SUMMIT COUNTY -- Summit County authorities are warning the community about a shipment of illegal drugs that they say has arrived from overseas in the Park City community.

Authorities say the shipment was ordered through "the dark web" by at least one of the teens who was involved in a shipment of a synthetic drug called U-47700, or "pink", that led to the fatal overdoses of two young teenage boys in 2016.

Ryan Ainsworth and Grant Seaver, both 13, died within days of each other in September of 2016.  Another juvenile was sentenced to probation, community service and a fine in connection with the shipment of "pink" that led to the teens' deaths.

Summit County Attorney Margaret Olson couldn't say if the teen who was sentenced was the teen involved in this latest incident. Police seized some of the shipments that were mailed to Park City, but they say at this time they don't know if any other shipments have been distributed within the community.

The drug, which Olson said is a different synthetic drug than pink, can be lethal to the touch.

"We know that these substances can be of unknown potency and composition," she said. "That makes them all the more dangerous."

She urged parents to sit down and talk with their children about these drugs and about safety, and to report anything suspicious to police. She said that included any suspicious packages or mail. If they come across a substance they can't identify, she said parents should call police immediately and don't touch the substance.

Parents in the school district said Friday they got a text alert from the district sent to their phone, warning of the new drug.

"A shipment of PINK, the deadly opioid, has been tracked to Park City," the text reads.

Recent Park City High grad Jordan Fajardo-Bird said he was alarmed to hear the about the same teen being allegedly involved again. He remembers the incident from two years ago well.

"When all this news came out about this new synthetic drug that just took two lives from us, it really kind of shell shocked the Park City community,"  Fajardo-Bird said.

He said everyone at the high school knew about the situation and the families involved.

"I hope people do remember what happened two years ago," he said. "I hope that high schoolers and junior highers are smart enough to stay away from those substances."

Because the suspect is a juvenile, his or her name will not be released. Olson said they are screening and filing delinquency charges and said those charges "will be pursued in the strongest possible manner."