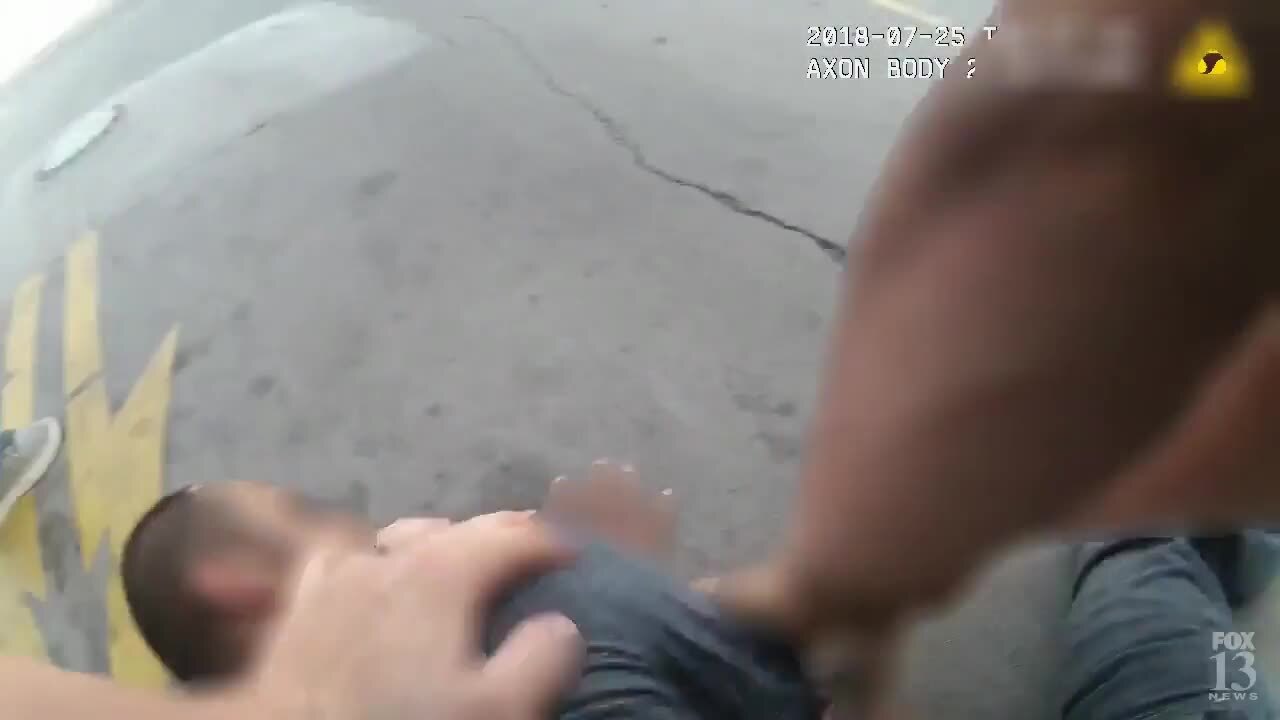 PROVO, Utah — A Good Samaritan assisted a Provo officer in capturing a man accused of attacking and attempting to disarm the officer.

According to a probable cause statement, 34-year-old Emiliano Medina-Medina faces one felony and five misdemeanor charges in connection with an incident that was captured on a police body camera.

Police responded to the Sam's Club parking lot after receiving a request to check on the welfare of a man walking around and asking people for water.

An officer approached Medina, who pointed at the officer's firearm, then made a gun hand gesture and pointed it at his own head, the probable cause statement said.

The officer wrote that Medina then reached for the officer's gun. The officer attempted to force Medina to the ground and, during the scuffle, Medina punched the officer in the head and managed to escape.

Medina ran away from the officer, but some bystanders who had been watching the incident intervened.

"One male stopped [Medina], and the other male grabbed [Medina] from behind in a bear hug and slammed him to the ground. I then kneeled over [Medina]
and placed him in cuffs and waited for other officers to arrive to assist me," the officer wrote.

A body camera worn by the officer captured the entire incident. Use the video player above to watch the footage.

Medina faces a felony count of disarming a police officer and misdemeanor counts of interference with arresting officer, failure to stop at the command of law enforcement, assault on a peace officer in uniform and possession or use of a controlled substance.

According to the police report, Medina was taken to a hospital because he exhibited signs of delirium. A blood test showed Medina tested positive for methamphetamine.