Man injured after explosion at apartment in Farmington

FARMINGTON, Utah -- A man was critically injured in an explosion at an apartment complex in Farmington Thursday night.

Farmington Police said around 6 p.m. something exploded in an apartment garage at the Avanti at Farmington Station apartments at 736 West State Street, while the man was inside the garage.

"I sat down and, BOOM!" recalled Iris-Maria Steen, who said her whole building shook.  Patrick Pordomani, who lives two floors above the burned garage, said it felt like an earthquake.

He said the building's alarm started to go off. He panicked and said he left his apartment, leaving all of his belongings behind. Residents in his building all evacuated.

When he and others came outside, they said they saw smoke everywhere-- and the man sitting there, burned all over his body with shrapnel embedded in his stomach and face.

"He was disoriented, and he was sitting on the grass and holding his arms up," Steen recounted.

Pordomani said the man was bloody and saying he couldn't hear. The man, he said, didn't say what caused the explosion.

Residents with medical experience stepped in to help the explosion victim.

"An RN nurse-- she came over there, so he had help immediately," Steen said. "It's amazing how fast the fire trucks were here."

Paramedics arrived and loaded the man into an ambulance, Pordomani indicated. They later wheeled the victim over to a medical helicopter, where Farmington Police said he was airlifted to the University of Utah hospital burn unit.

Farmington Police Chief Wayne Hansen said they called for assistance from the Bureau of Alcohol, Tobacco and Firearms in the investigation, "due to their expertise with explosives, and their evidence gathering capacity, and their experience dealing with these types of things."

They were awaiting a search warrant into the apartment adjacent to the garage Thursday night. Chief Hansen said the explosion blew out a wall and damaged another garage next door.

"Still trying to determine the source of what caused it," he said. "We have one adult male victim that was inside the garage at the time of the explosion."

He said the explosion didn't leave anyone else injured.

Chief Hansen said a building inspector needed to determine if the building was safe for residents to return. Police said residents were still evacuated from the building on Thursday night.

While many residents said they were hearing what may have caused the explosion, police could not confirm any details. 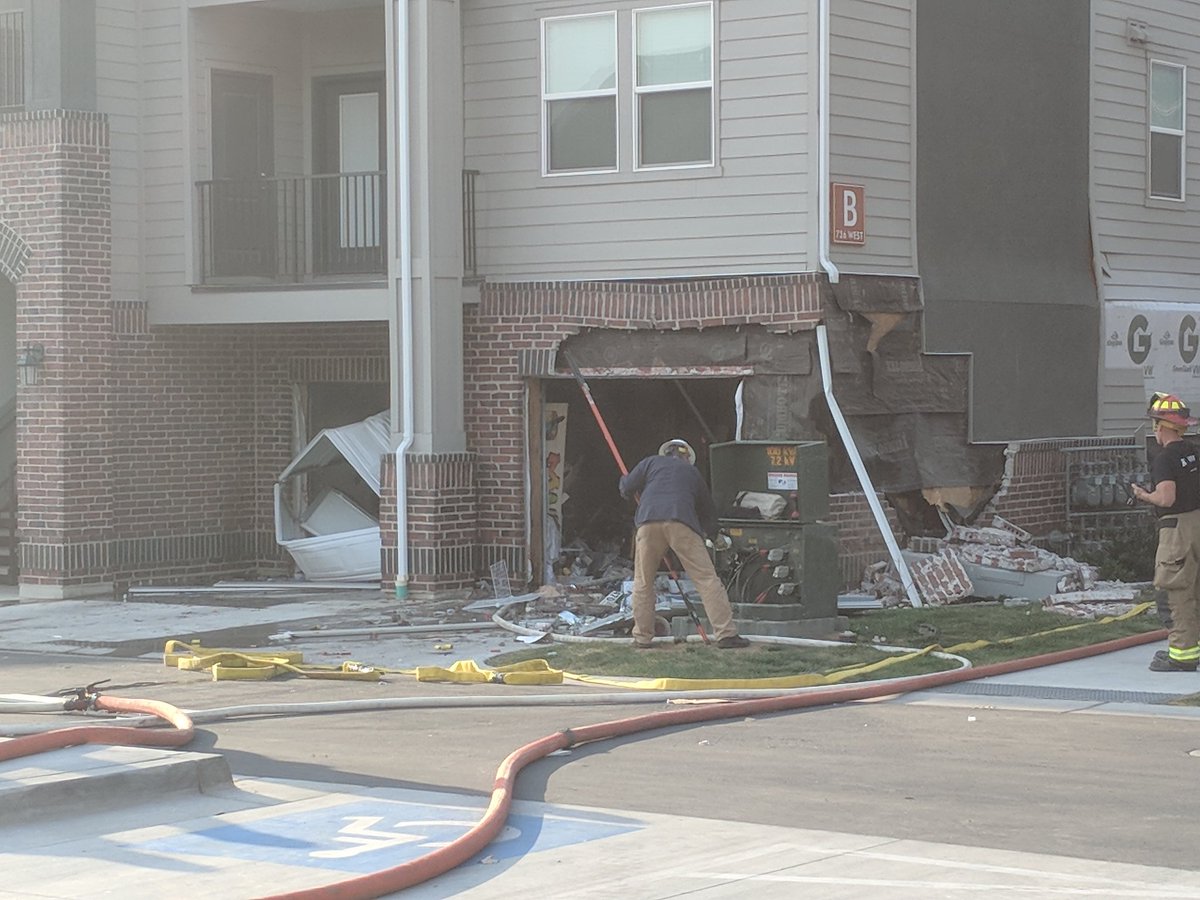