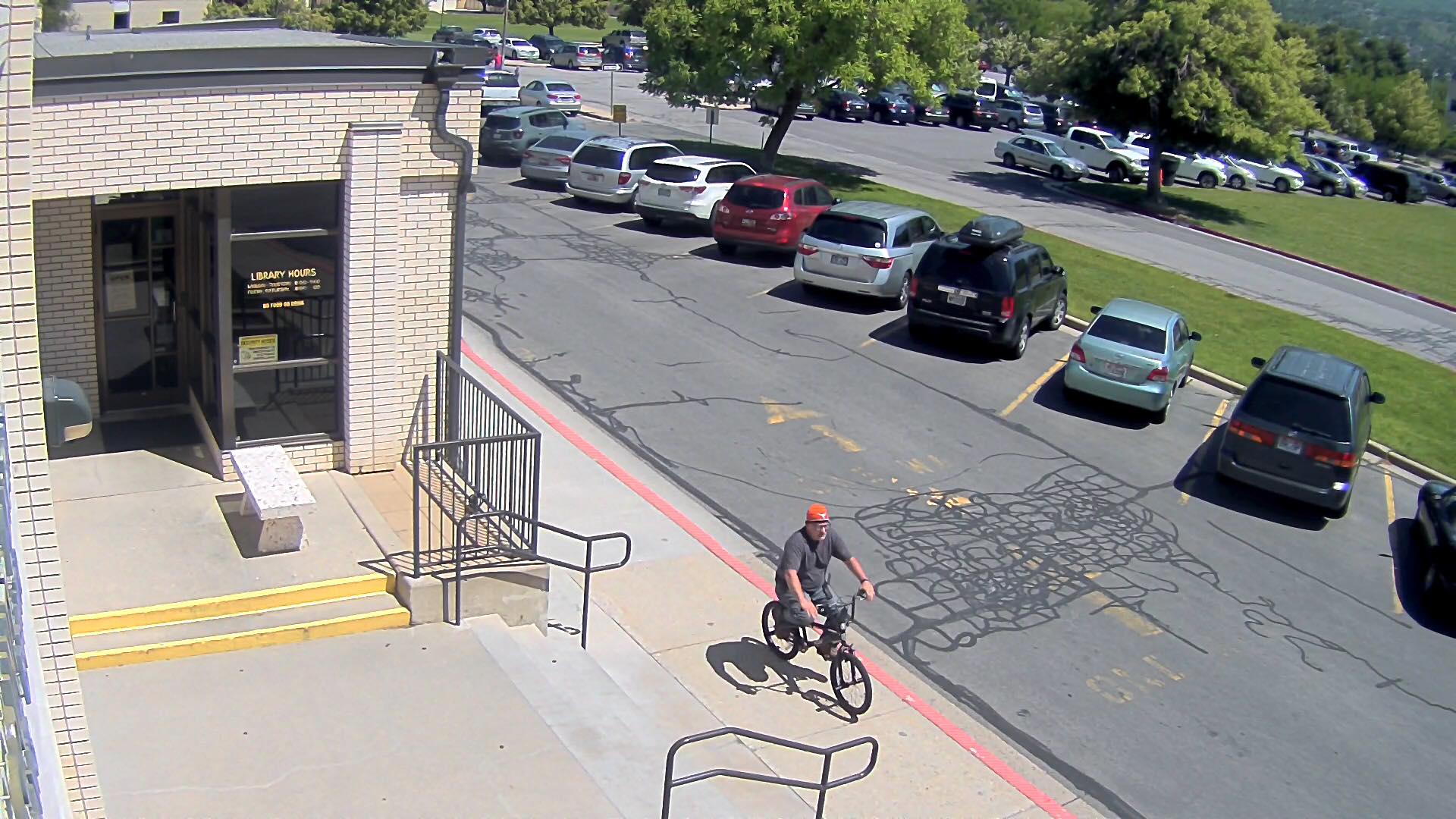 BOUNTIFUL, Utah — Police in Bountiful are asking the public for help identifying and locating a man who they say stole a bicycle from a Boy Scout attending an activity at the local library.

Bountiful Police posted several photos of a man riding away on a bicycle, which they say was stolen from a youth who was at the library for a scouting activity. The post was made Monday morning but it was not immediately clear when the theft occurred.