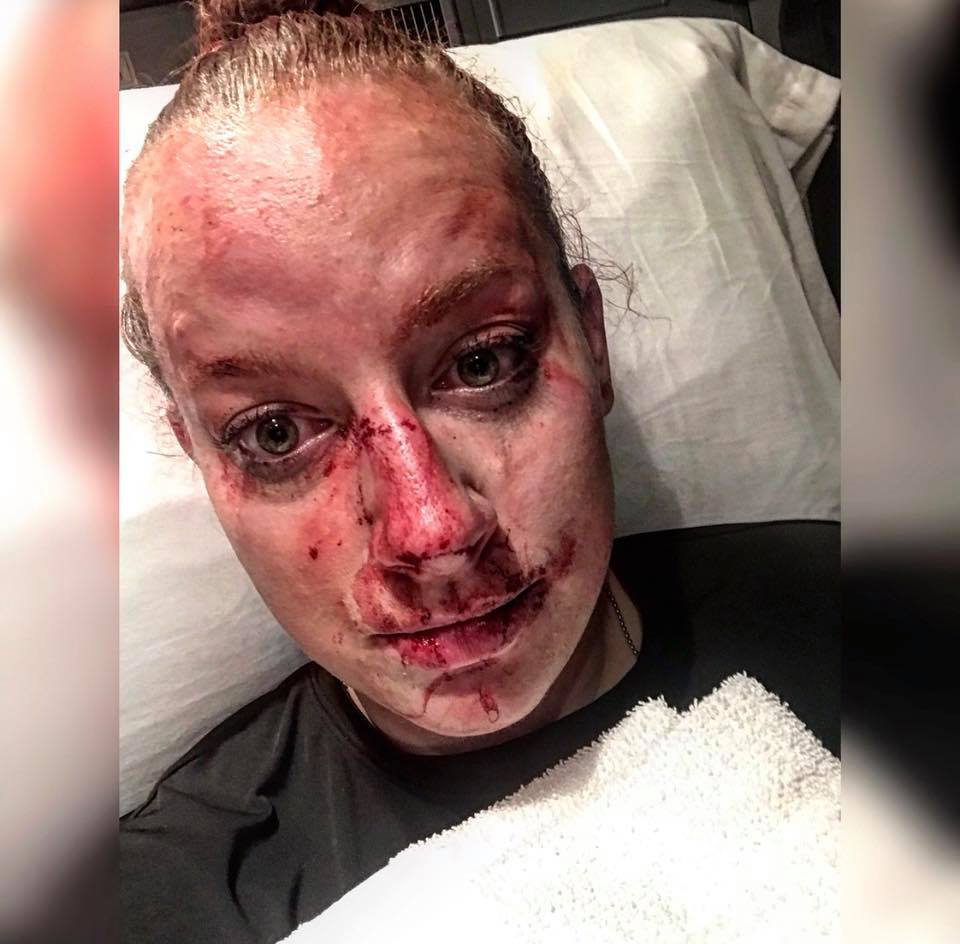 BROOKE COUNTY, W.Va. — A sheriff’s deputy from West Virginia is recovering after fighting with a suspect who she said was “gooned up on an unknown drug.”

In the post, Richmond urged other law enforcement officers to train for fighting situations and bond with their partners. Richmond also encouraged “families, friends and/or critics” of law enforcement officials “to consider everything that we go through before jumping to conclusions based off slanted media and facts.”

Richmond said the fight happened early in the morning on July 27, and the suspect was a “collegiate male athlete.”

“It was me and him for about five minutes. During said altercation, my glasses were shattered and knocked off my face, none of my radio transmissions got out, and a ton of equipment was stripped from my vest and duty belt. I managed to stay in the fight and maintain some control despite exchanging punches and knees with the subject,” she wrote. “I got my a– kicked this morning (there’s no doubt about it), but I also gave it right back.”

Richmond has a K-9 partner, who she released during the fight.

“However, all the K9 bites, punches, knees, and baton strikes did not deter this guy. He wasn’t there. The drug had consumed every part of him,” she said.

After about five minutes of fighting, Richmond’s three partners found her and helped bring the ordeal to a close. Richmond suffered a broken nose, a fractured sinus, and other injuries to her hands, face and head.

Two days after the fight, Richmond wrote that her injuries continued to affect her.

“Pushing the buttons on the remote is exhausting, holding my phone seems strenuous, walking anywhere seems like such a daunting task. Everything hurts,” she said in another Facebook post.

According to the Brooke County Sheriff’s Office, the suspect has been identified as 21-year-old Brandon Lamar Jackson. Charges were still pending as of Friday.