Judge orders San Juan Co. candidate back on the ballot in special election over racial gerrymandering 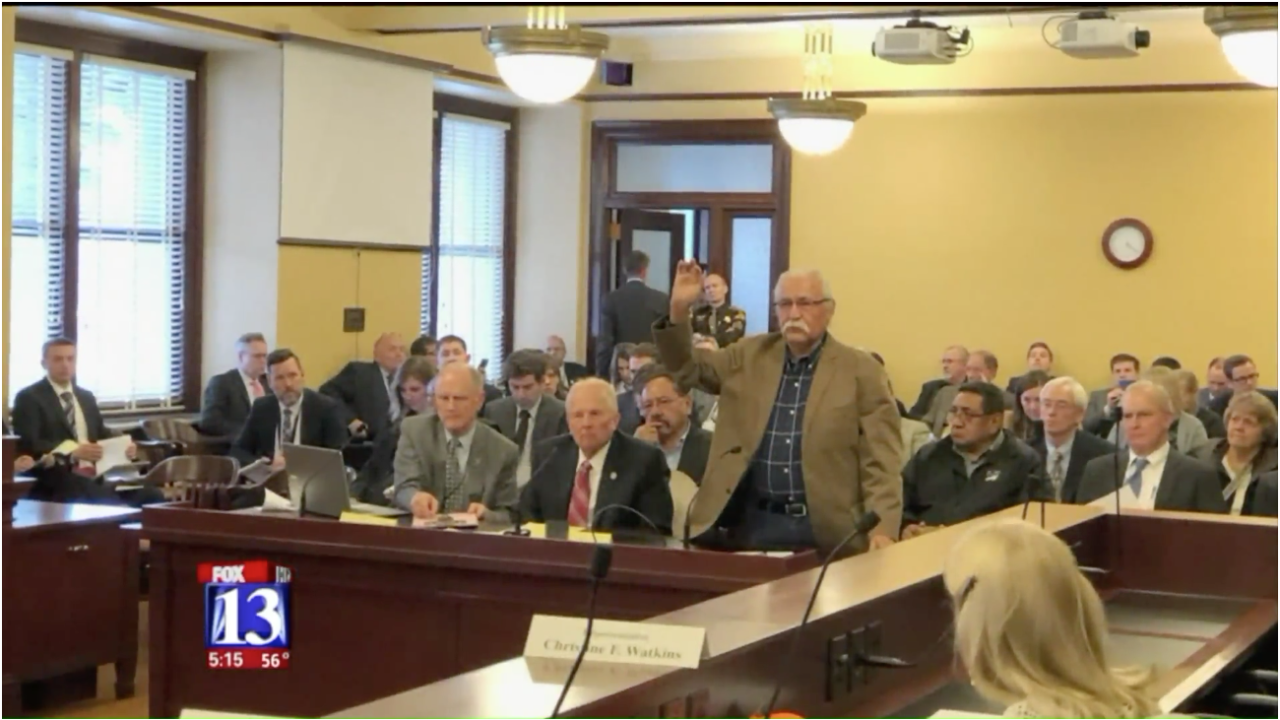 Willie Grayeyes is sworn in to testify at a legislative committee hearing on Feb. 8, 2018.

A federal judge has ordered a San Juan County Commission candidate to be placed back on the November ballot.

Willie Grayeyes’ attorney confirmed to FOX 13 that U.S. District Court Judge David Nuffer had ordered him back on the ballot following a hearing Tuesday in Moab.

“He’s pleased and I think he would say he hopes he would be in a position where he could ultimately do good for all the people in San Juan County when he’s on the commission,” said Grayeyes’ lawyer, Steven Boos.

“Nielson’s inappropriate actions show that he is unfit to serve as the County Clerk. He failed in his duty to diligently protect and defend the public interest. Mr. Nielson’s actions should shock the conscience of the voters in San Juan County Utah,” Navajo Nation Human Rights Commission director Leonard Gorman said in the statement.

San Juan County did not immediately have a comment on the judge’s ruling.

Grayeyes sued San Juan County after he was kicked off the ballot for county commission. The county clerk declared that he did not live in Utah. Grayeyes insisted he did and has voted in prior elections.

The legal battle was underscored by another federal judge’s ruling finding racial gerrymandering. Native Americans make up the majority population in San Juan County, but the judge ruled that political boundaries made them a minority. He ordered a special election this year after redrawing the district lines.

San Juan County has appealed the gerrymandering ruling, while simultaneously preparing for the November election.