Billings was also charged on a second-degree felony arson charge for allegedly torching a home in the neighborhood.

"What I understand from Jill's co-workers is she had a great smile," Councilman Steve Buhler said. "She was very involved in her job and had creative ways of doing her job and interacting with the people of West Valley City that she served."

Buhler added that Robinson was a tremendous softball enthusiast.

Wednesday evening, all code enforcement officers were taken off their jobs and coworkers are remembering Robinson—who was both a mother and grandmother.

"She was always very friendly, always quick to smile and wave at you," West Valley City spokesman Sam Johnson said. "She was a terrific person."

A friend of the couple that lived at the home that burned says the occupants rescue animals, and had six dogs and two cats inside during the fire.  All eight died.

"I think she's just in shock,"Dr. Pam Nichols said. "She lost her first dog of her entire life just a few weeks ago, and she's been a veterinarian for a long time. She had a soft spot for little old Dachshunds. It's just so sad."

Code-enforcement officers do not work for the police department but rather the city. However, West Valley City Police are not handling the investigation.

"The Salt Lake City Police Department is conducting the investigation into this considering there could be a conflict of interest because she's an employee," West Valley Police Spokeswoman Roxeanne Vainuku said.

The incident occurred in the area of 4100 South Wendy Avenue in West Valley City and began around 10:30 a.m. Police initially responded to a house fire and reports of shots fired.

According to West Valley City PD, Robinson was doing routine code-enforcement when she was shot and killed in front of a home.

Billings is believed to be a resident of that home and police say he was taken into custody after officers encountered him in a driveway after the fatal shooting.

Police say they believe there has been a history of code enforcement at the suspect's address, but specific details about that history were not immediately available.

Police say that code-enforcement officers are city employees and not part of the police department and that those officers are not armed.

Crews extinguished the fire in the home next to the house where the shooting occurred by around 11:40 a.m.

The West Valley City Community is shocked and heartbroken by the death of Code Enforcement Officer Jill Robinson. Jill worked for West Valley City for more than ten years, and was a trusted colleague, a loving aunt, a proud mother, and a doting grandmother. She will forever be remembered for her bright smile, her love of softball, and her creativity in educating and working with West Valley City residents." 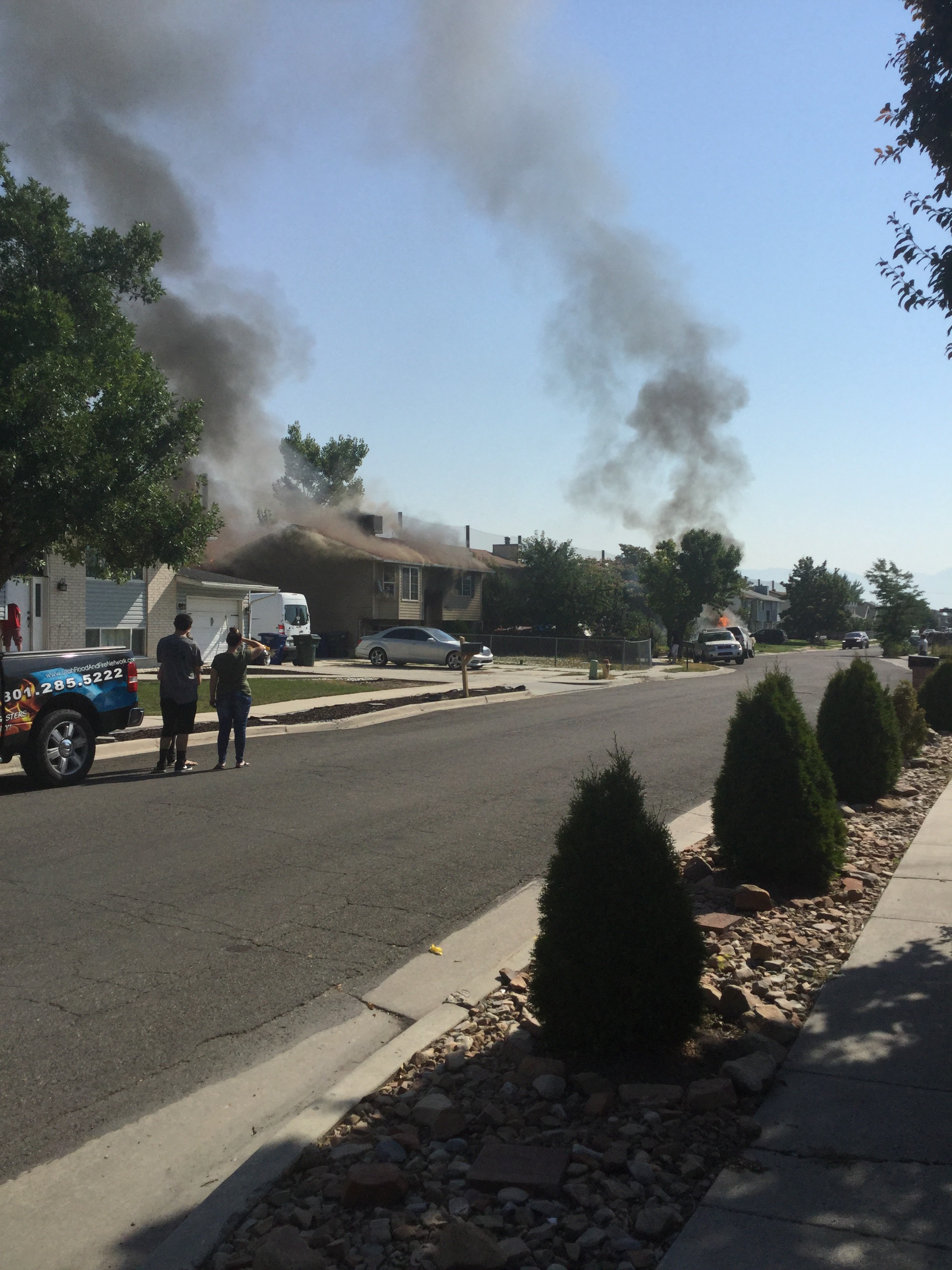