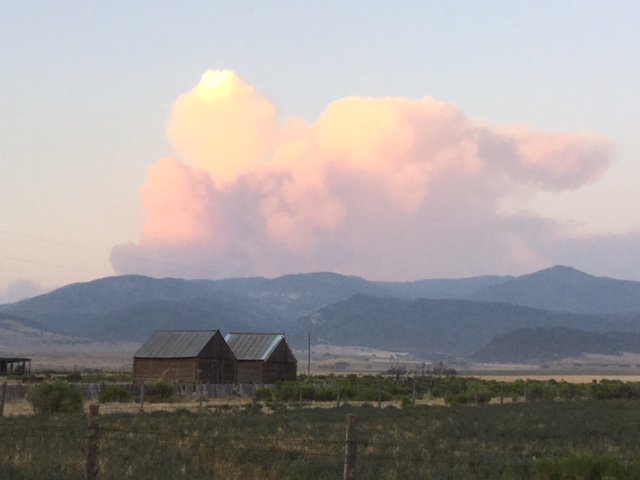 UPDATE: Evacuation and pre-evacuation notices have remained unchanged for the fire. Visit https://www.ready.gov/ for tips on preparing for evacuations. Knowing where you will go and what to take with you is critical to a safe and speedy evacuation.

The lightning-caused fire has burned a total of 17,969 acres, which started around midnight on August 4, has flame lengths exceeding 400 feet. According to Utah Fire Info, the fire has zero containment as of Friday morning.

The fire forced the closure of U.S. Highway 6 for about two hours late Thursday afternoon, but the highway was since reopened, an update from the National Wildlife Coordinating Group said.

NWCG urges drivers to travel carefully and turn on their headlights while driving through the canyon.