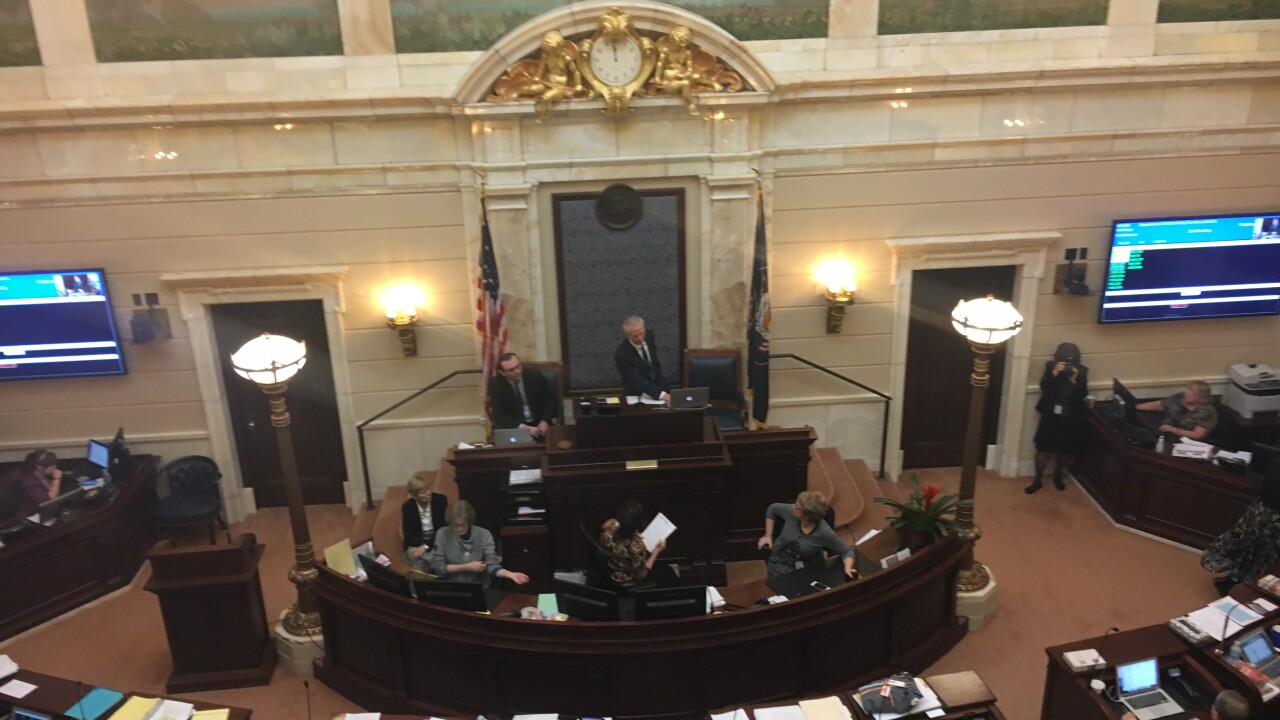 The Utah State Senate in the final moments of the 2017 legislative session. (Photo by Ben Winslow, FOX 13 News)

SALT LAKE CITY — The Salt Lake County Democratic Party won’t be able to put a replacement candidate on the ballot in a legislative race.

The county party’s central committee voted to advance a name at a meeting Wednesday. Monica Zoltanski will replace Abigail Wright, who withdrew from the Senate District 9 race in May.

The Utah Republican Party filed a complaint on Wednesday, challenging the Salt Lake County Democratic Party’s efforts to replace Wright on the ballot. The complaint said Wright was attempting to claim she was withdrawing because of a medical problem — but had submitted insufficient proof of that as required by Utah election law.

“Even if the process above were allowed within the law, which again it is not, allowing this vacancy to exist for three months without notifying other candidates in the race that there is an attempt to fill it puts all other candidates at a serious disadvantage strategically and financially,” Utah GOP Chairman Rob Anderson wrote in a letter to the Lt. Governor’s Office. “Furthermore, it leads to questions about transparency and fairness in elections and could ultimately cause voters to distrust the process entirely.”

In a letter to the Utah Democratic Party on Thursday, the Lt. Governor’s Office said so far, what had been submitted was insufficient. The letters were from a physician’s assistant and not a physician, as required under election law.

“Our office does not believe that any letters submitted to this point by Ms. Wright or medical professionals on her behalf, meet the requirements…,” Derek Brenchley, the deputy director of the Utah State Elections Office, wrote. “If a political party attempts to fill a candidate vacancy when legal requirements are not met, any candidate who declares candidacy for the vacancy could be challenged.”

Dang said the party wanted a candidate’s name in case the Utah Lt. Governor’s Office allowed a replacement candidate. Ballots are expected to be printed at the end of the month and he said the August meeting was the last chance for the committee to choose someone, if it were needed.

“I completely respect the Lt. Governor’s office,” Dang said. “We aren’t going to circumvent them.”

Senate District 9 is an open seat in the Utah State Legislature, replacing Senate President Wayne Niederhauser — who represents a part of Sandy. Kirk Cullimore, Jr., is running as the GOP candidate. United Utah Party candidate Alex Castagno was also critical of the Democrats for advancing a name.