UTAH COUNTY, Utah -- The funeral procession of fallen Battalion Chief, Matt Burchett, saw love and support from local fire departments, fire responders and community members in the form of a giant American flag and one last salute to a hero.

A 20-foot flag hoisted high above the interstate, helped local firefighters pay their final respects to one of their own.

"This is something we can get together close by and show the family we support and love them as they drive by,” said Pleasant Grove Fire Department, Deputy Chief, Andrew Engemann.

This larger than life display of patriotism is something Lone Peak Fire Department and Pleasant Grove Fire Department do for all fallen first responders, but this time it hits close to home.

"Our agency had a crew out with him, lone peak also did too,” said Engemann.

"Matt was our strike team leader, so he was over our guys for the two weeks they were out there. They got to know matt well real well," Engemann added.

Burchett, helping to guide some of their own through some of the most dangerous conditions.

"Wildland firefighting; there’s just so many unknowns between the weather, the terrain, the topography,” said Engemann. "There are so many things to watch out for and it’s so hard to catch all those different aspects."

"You don’t ever want to assume something like that will happen... but in the back of your mind, sometimes, sometimes they do," Engemann said.

So this flag displayed proudly between the two departments fire engines was just one small way they can show the huge support and love they have for Matt and his family.

"The guys learned a lot from him,” said Engemann.

To donate to the BC Matt Burchett Family Fund, click here. 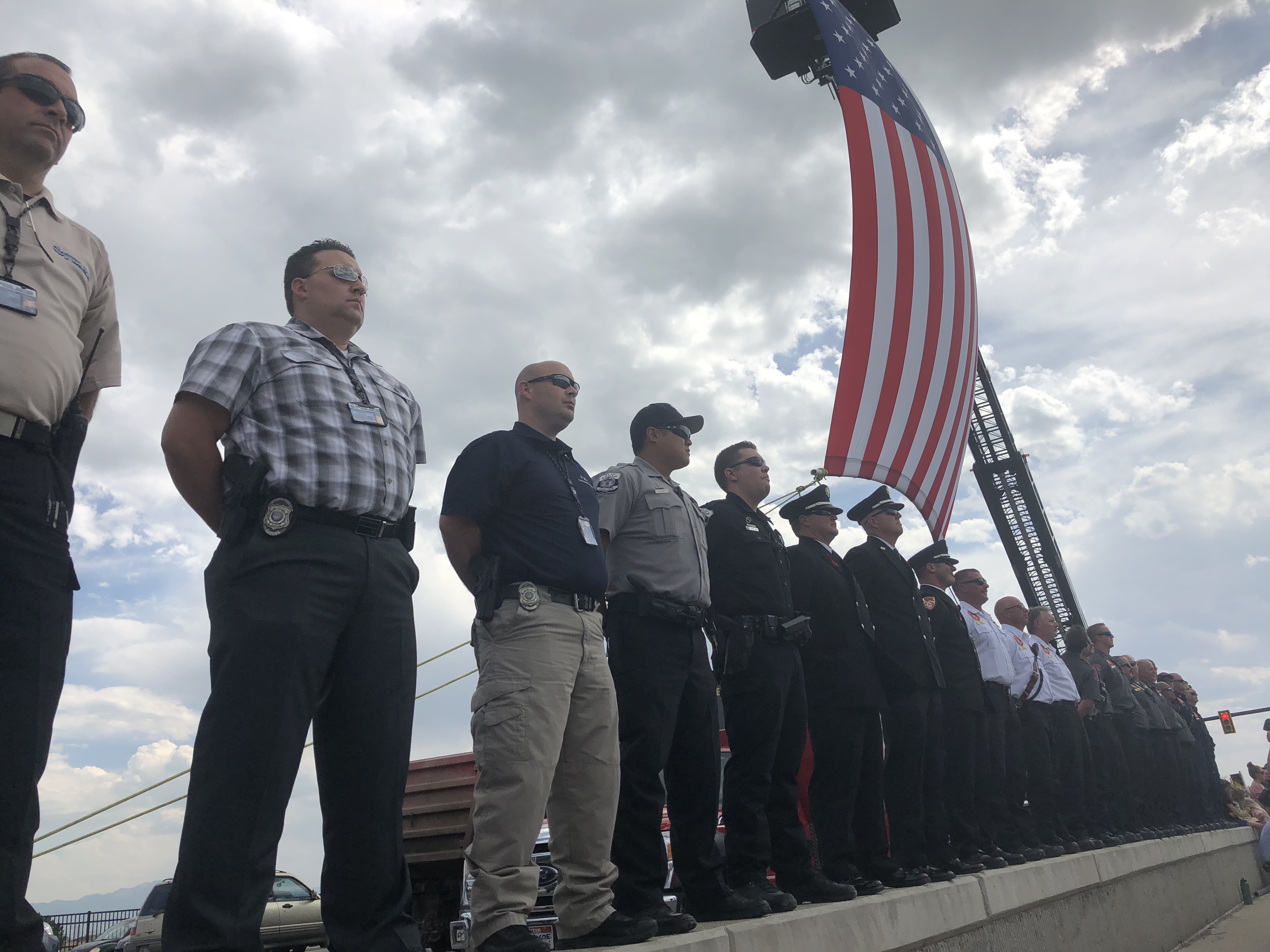