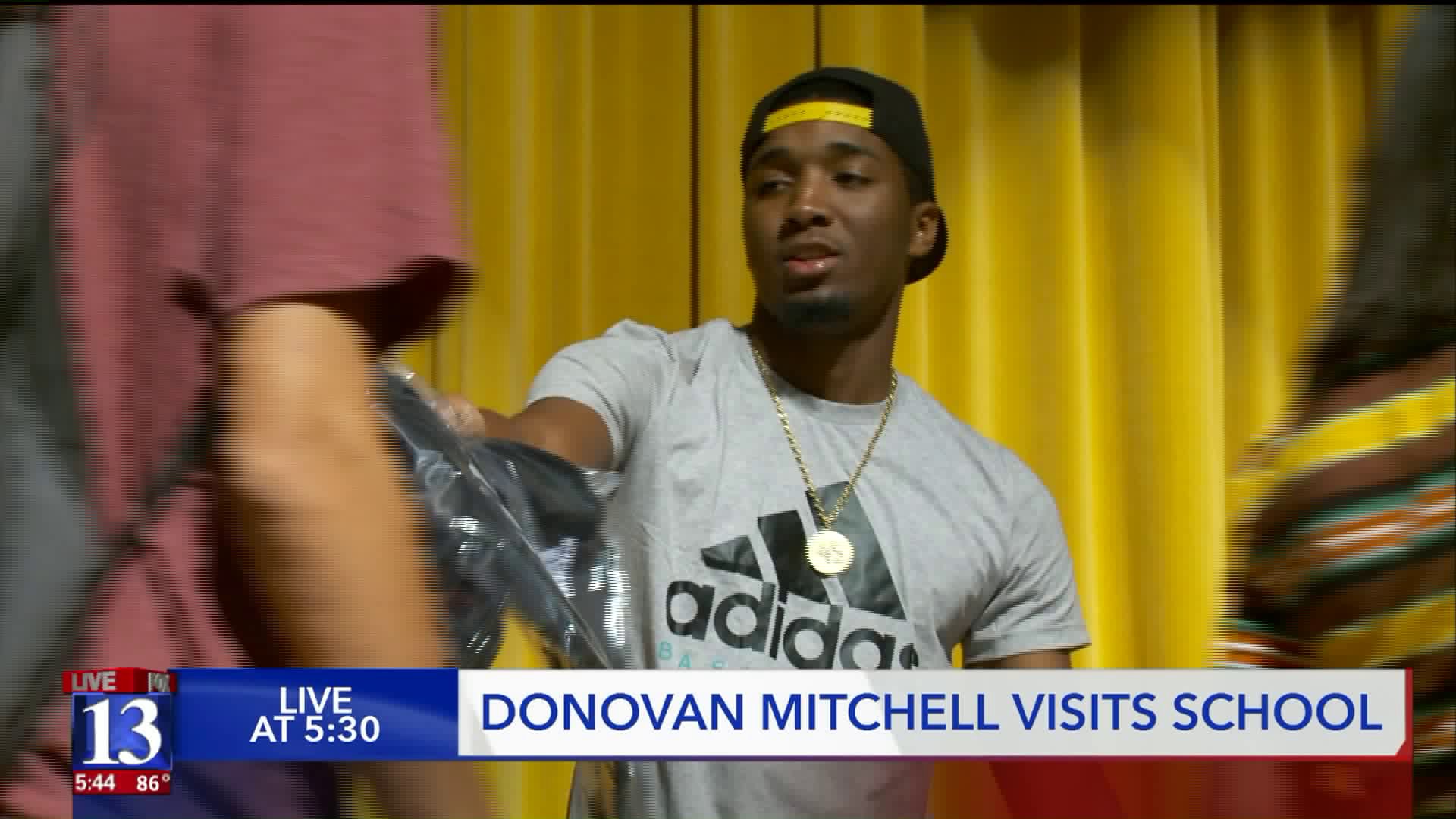 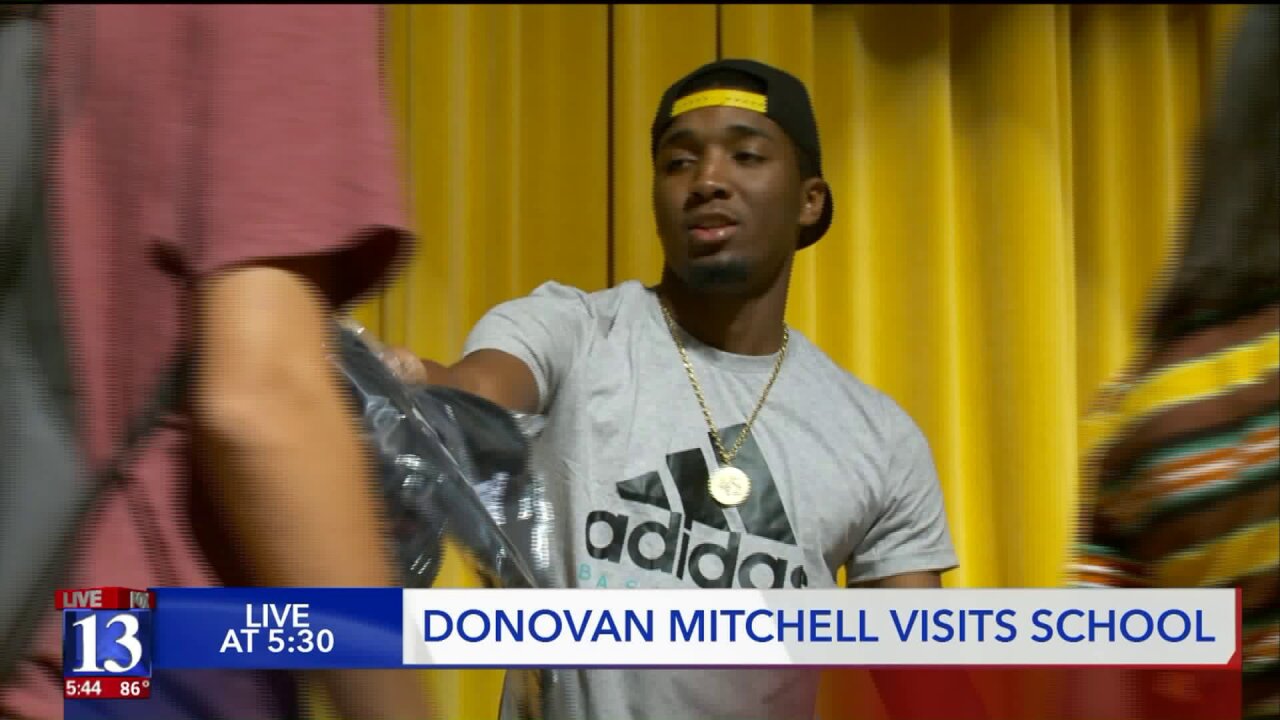 KEARNS, Utah — It was a mysterious morning at Kearns High for 300 students told to go to the auditorium without a real explanation as to why.

Turned out, it was a good thing.

One of the biggest young stars in professional sports was waiting on stage behind a table full of backpacks and t-shirts.

Donovan Mitchell and his mother Nicole were ready to give every student a backpack, and some kind words.

"Myself, my mom, and Ty, my agent back there...we're just finding ways to give back to the community," said Mitchell.

The idea they came up with: to ask Kearns High to find students who deserved a reward because they improved there grades or had impressed a teacher in some other significant way.

"For me, school wasn't always my strong suit. I didn't take it seriously until later," Mitchell told the crowd, adding, "Opportunities that I have wouldn't be there if it wasn't for education."

Mitchell told the students he was over the disappointment of losing the Rookie of the Year award.

"My goal when we entered the season was to get some solid playing time and average, what, 8 points a game?" Mitchell said, looking to his agent at the side of the stage.
At the end of the event, Mitchell told the students he would return to Kearns High again this year.

"I hope I didn't spoil a surprise there," he said with a sheepish grin to Kearns High Assistant Principal Scott Wooldridge.