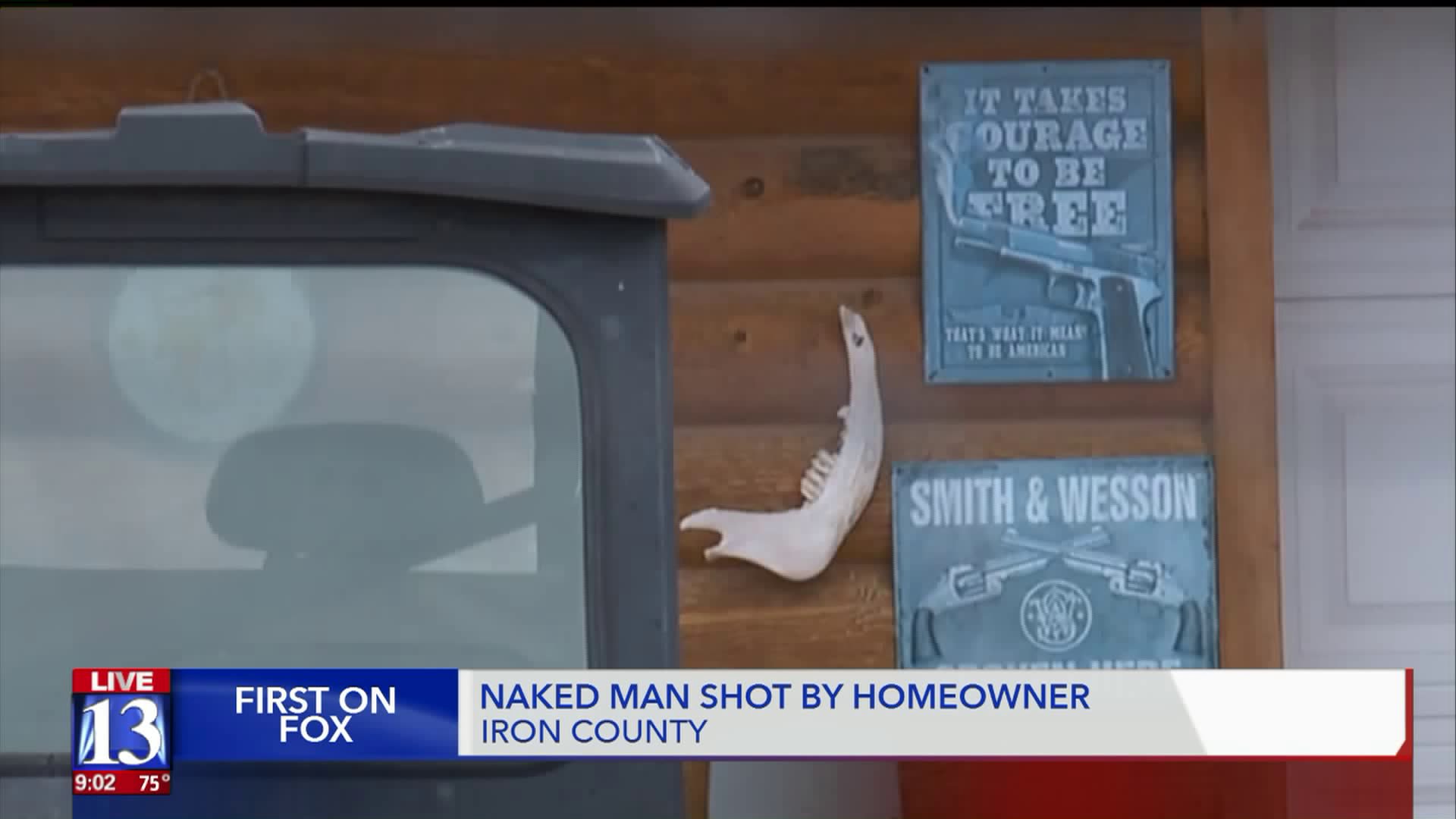 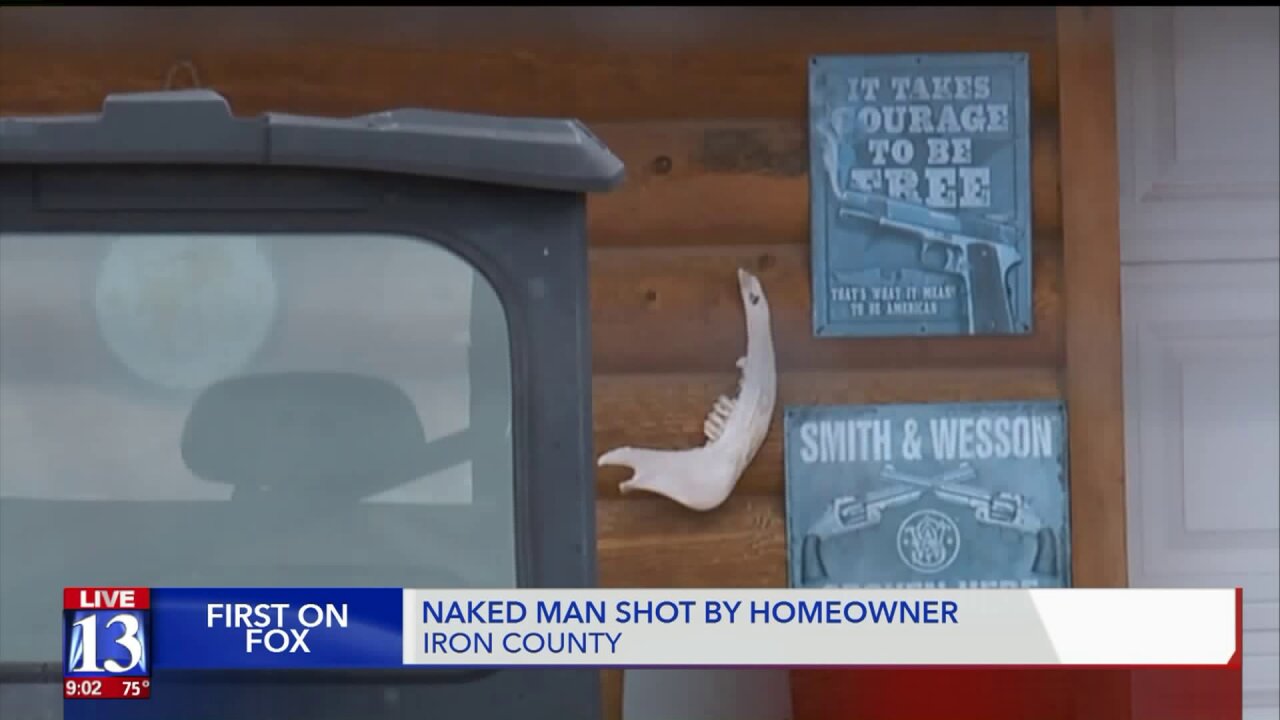 IRON TOWN, Utah -- An elderly couple in southern Utah shot an intruder, but the fight didn’t stop there.

Investigators say the man then stripped naked and confronted deputies.

Barbed wire fences and no trespassing signs greet the few visitors that venture that way.

But it wasn't quiet on Tuesday.

“I saw the sheriff deputy come up on a pickup and he was coming at me like he was shot out of a cannon," Enz said.

The Iron County Sheriff's Office had received a call for a burglary in process in Iron Town.

Deputies say 24-year-old Christian Holbert kicked down the door of the house and confronted the couple inside.

“They are a little bit elderly, they do have some disabilities," Lt. Del Schlosser said.

Elderly but not defenseless.

A sign at the home reads, "Smith and Wesson spoken here."

“They did fear for their lives and they did shoot at him," Lt. Schlosser said.

After being shot several times, investigators say Holbert stripped naked, walked out of the home and confronted four deputies.

“Taser was used multiple times" Lt. Schlosser said. "He did not respond to that but the deputies were able to subdue him.”

“Things happen and you just have to hope they don’t happen to you," Enz said.

The homeowners were not hurt, and deputies say they were within their rights to defend their lives.

Investigators think Holbert was on some kind of drugs that allowed him to keep going despite being shot and tased.