Four-year-old ejected from car, woman arrested for DUI after I-215 crash

SALT LAKE CITY – A four-year-old girl was taken to the hospital Friday, after being ejected from a vehicle that was allegedly driven by an intoxicated female.

“For an unknown reason it left the roadway to the right and overturned,” UHP said.

The four-year-old female was ejected from the vehicle, and transported to the hospital with non-life threatening injuries.

Troopers arrested a female driver, who was charged with a DUI, UHP stated.

Pictures of the crash can be seen below: 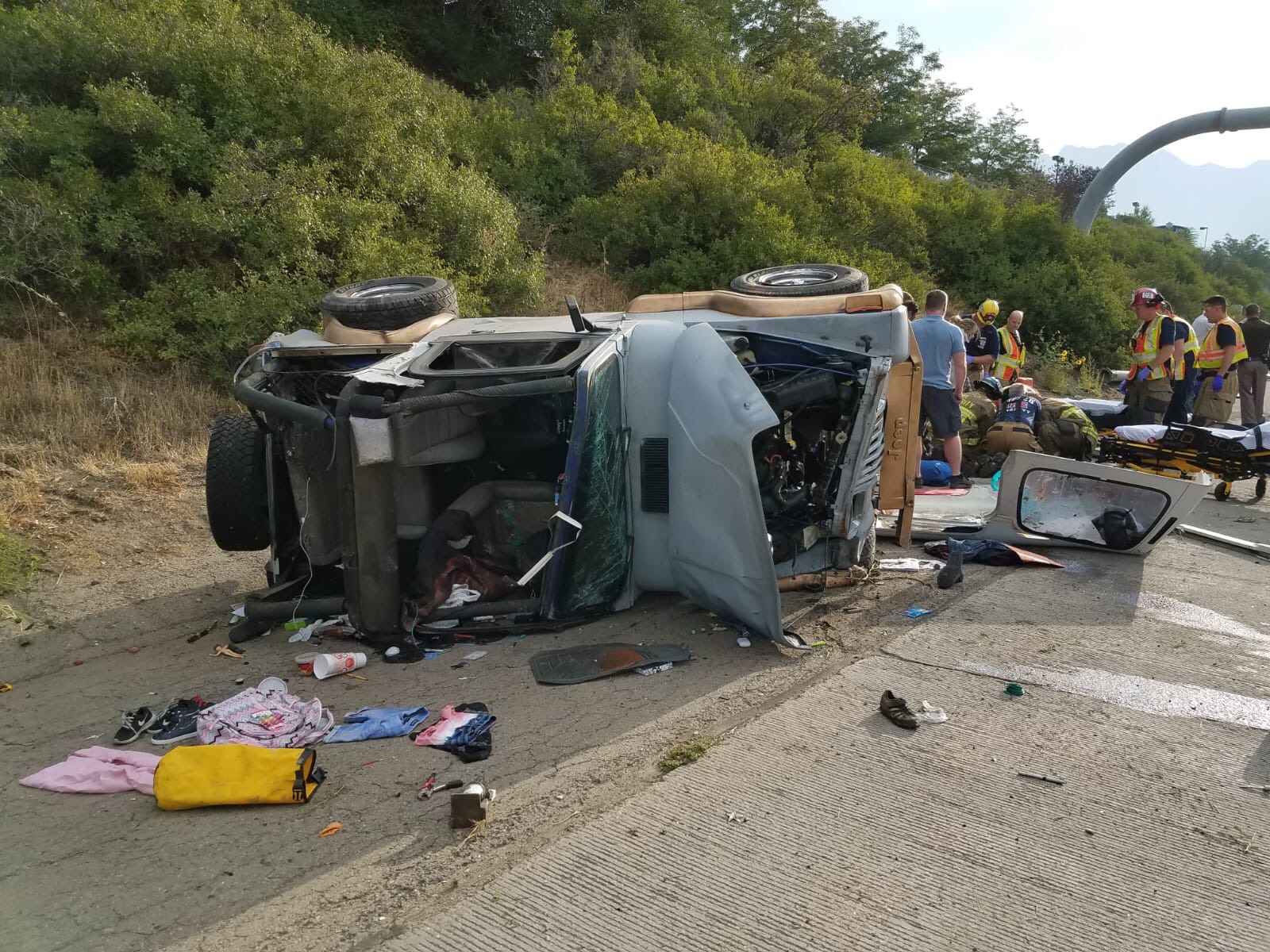