CENTERVILLE, Utah — A crash involving a semi-trailer and a commuter train has forced officials to close part of southbound I-15 in Centerville.

According to the Utah Department of Transportation, the crash happened at mile post 321, near 2100 N.

UDOT reports the two rightmost lanes are expected to be closed for several hours, and traffic is backed up for two miles.

A representative for the Utah Highway Patrol said the semi-trailer went off the side of the road, rolled over and clipped a Utah Transit Authority FrontRunner train.

One person in the semi-trailer was transported to a hospital.

No one on the train was injured. 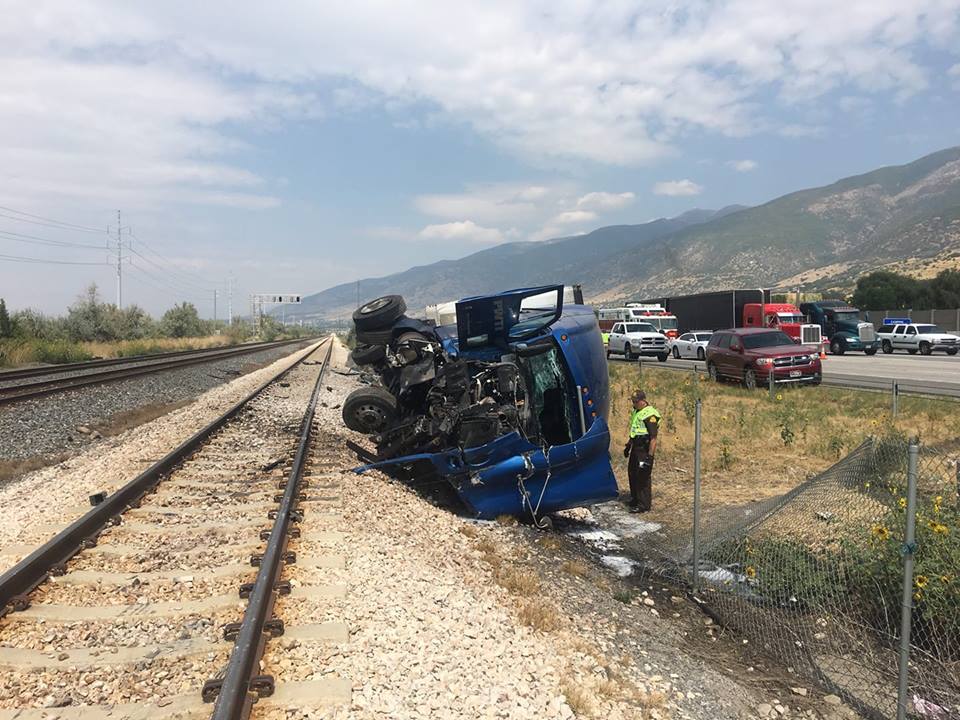 FR Alert 1:38 pm: Due to a non-UTA incident blocking the rails, a bus bridge has been activated between Farmington - WX. Expect general delays, as well as a 1-hour delay for the next SB train from WX - Provo.