PROVO, Utah -- A Utah customer expressed that they were "appalled" by a type of rock candy they saw at an FYE (For Your Entertainment) store in Provo, that they called "candy meth."

"Hello, I was at your store in Provo, UT yesterday and was completely appalled by one of the products you carry," said Parker Twede of Salt Lake City. "Let me preface by saying that I am not by any means easily-offended. When I saw the end cap full of breaking bad candy meth, I couldn't believe my eyes."

The candy, described on the company's website as "a street-legal package of Heisenberg's infamous "Blue Sky" product," appeared to be emulating blue methamphetamine that the character Walter White produced on the show Breaking Bad.

"What kind of example are you trying to set for the children in your store," Twede asked FYE.  "This is beyond unacceptable and tacky. I have several family members and friends who have been affected by this horrible drug. To say this is insensitive is a giant understatement. I ask that you please remove this product from your stores as it is glorifying meth use. Shame on you."

Fox 13 reached out to FYE for comment on its blue rock candy product.

Photos of the product, taken by Twede, can be seen below: 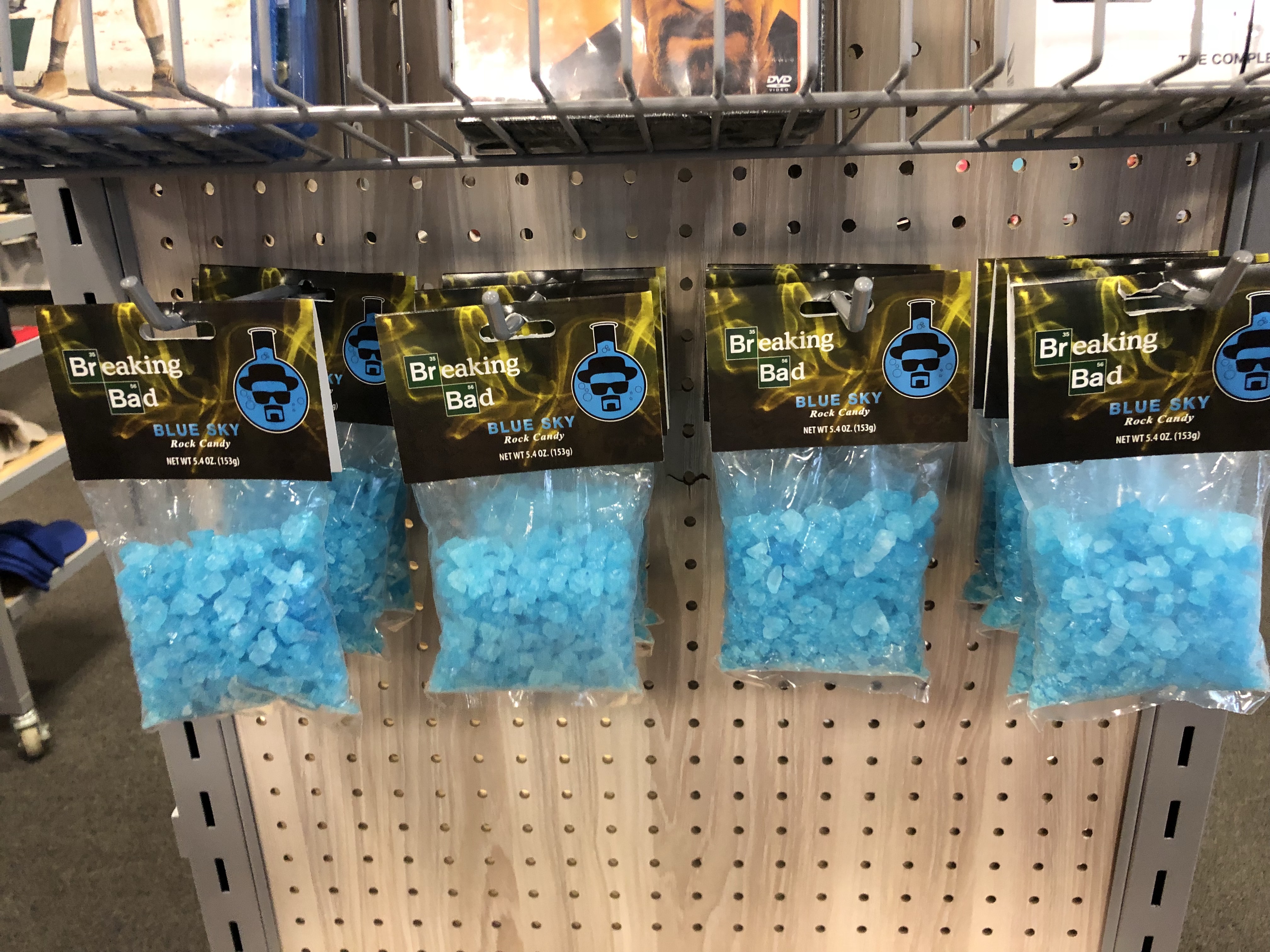