Cyclist upset after truck ‘rolls coal’ on him during Utah race 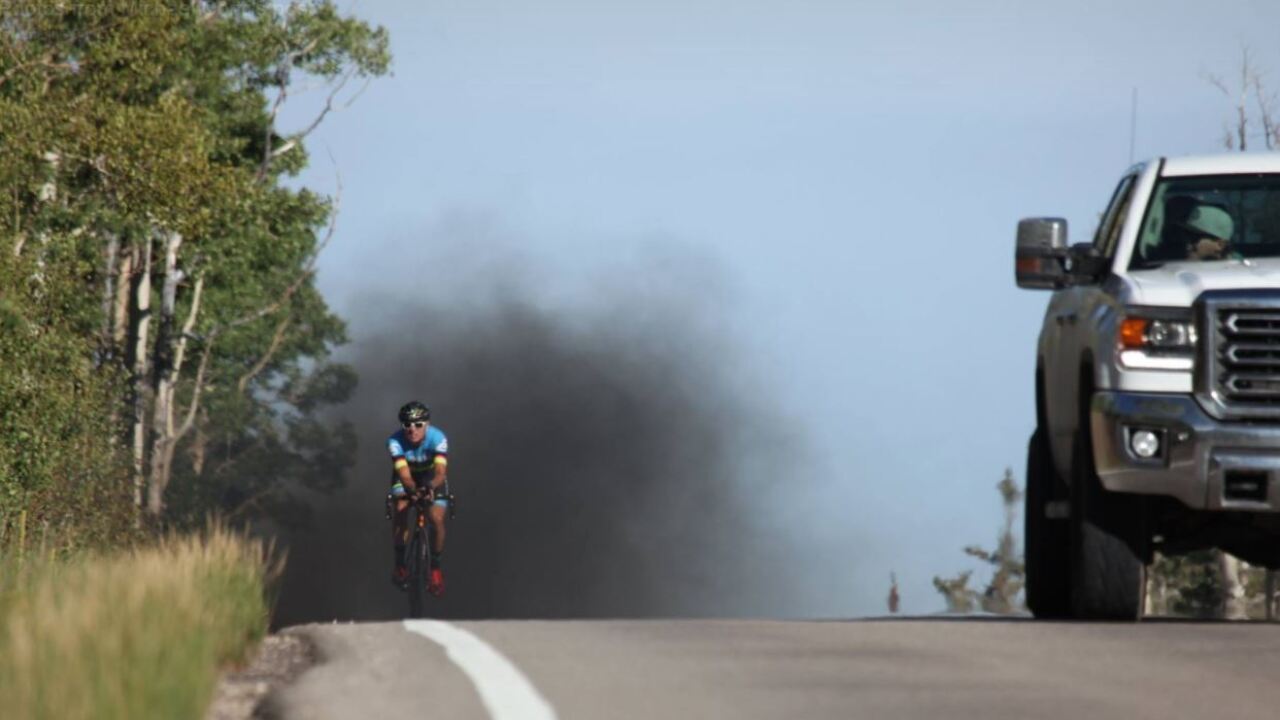 DUCK CREEK, Utah -- A cyclist is upset after a truck 'rolled coal' on him during a race Saturday in Duck Creek.

Michael Conti posted pictures of his friend Andrew Danly having black exhaust "coal rolled" onto him by a passing truck while he was racing in the Hoodoo 300 ultra cycling race.

"This is something that unfortunately happens to all cyclists out on the road," Conti wrote in the post. " All of us cyclists have WAR stories about some A..hole that rolls coal on us or intentionally tries to run us off the road."

Conti stated that two males occupying the truck appeared to have sent black smoke billowing toward Danly on purpose.

"You can see in the third picture that this was intentional and the kids were looking back to make sure they covered my friend Andrew Danly "Metal" in black exhaust," Conti said.

Conti has since submitted the photos to the Utah Highway Patrol, in hopes that the two occupants of the truck will be held accountable. 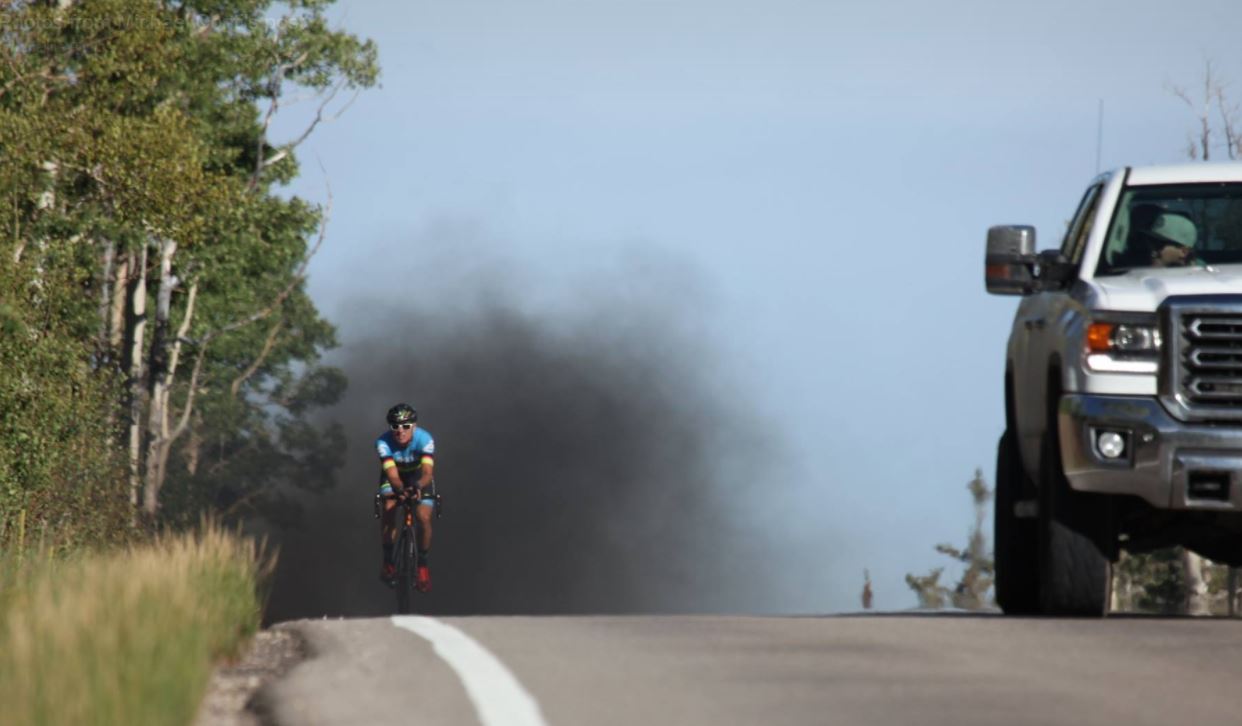