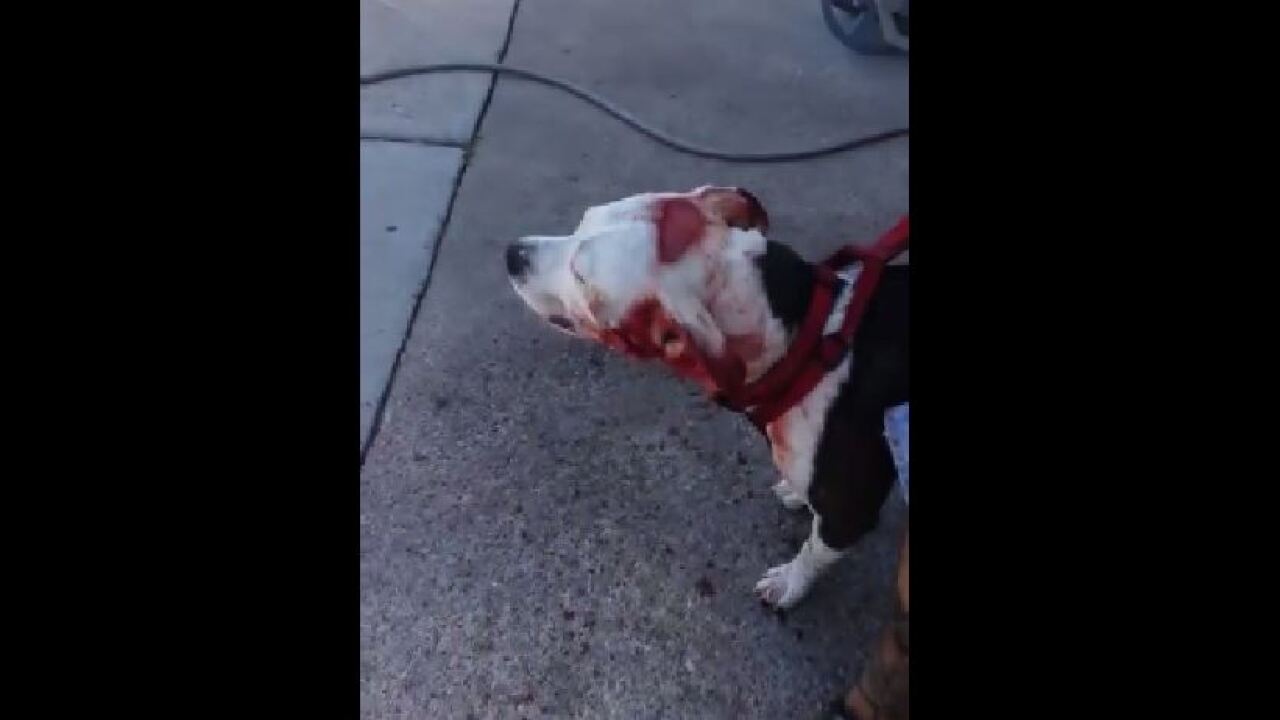 OGDEN, Utah -- Officers from the Ogden Police Department shot and wounded a dog Tuesday morning after the animal allegedly attacked an officer.

According to a Facebook post made by the department, at approximately 11:40 a.m. Tuesday, officers responded to a home near 2400 D Avenue to assist Child Protective Services workers.

"During the course of this incident, Officers approached a home to make contact with the owner," police wrote in the statement. "As they did this, a dog (unknown breed) came out from behind a vehicle in the driveway and attacked one of the Officers. The Officer drew his service weapon and fired at the animal in an attempt to protect himself."

He says his dog wasn’t trying to attack and didn’t pose a threat.

“He (the officer) yelled, ‘Hey can you get the dog?’ I said, ‘Yeah, I’ll get him.’ I was on my way to get him and I didn’t even make it to grab him yet before the officer shot him.,” Gallegos said. “He drew his gun, he shot him and he just stood there.”

The dog was taken by Ogden Animal Control to a local animal hospital to receive treatment, police said.

Gallegos is shocked the dog was shot.

“It blows my mind. It really does,” he said.

The press release stated that incident was under investigation by the Ogden Police Department.

Video of the aftermath of the incident was captured and posted to social media.

Warning: This video shows content that some may find graphic. Viewer discretion is advised.