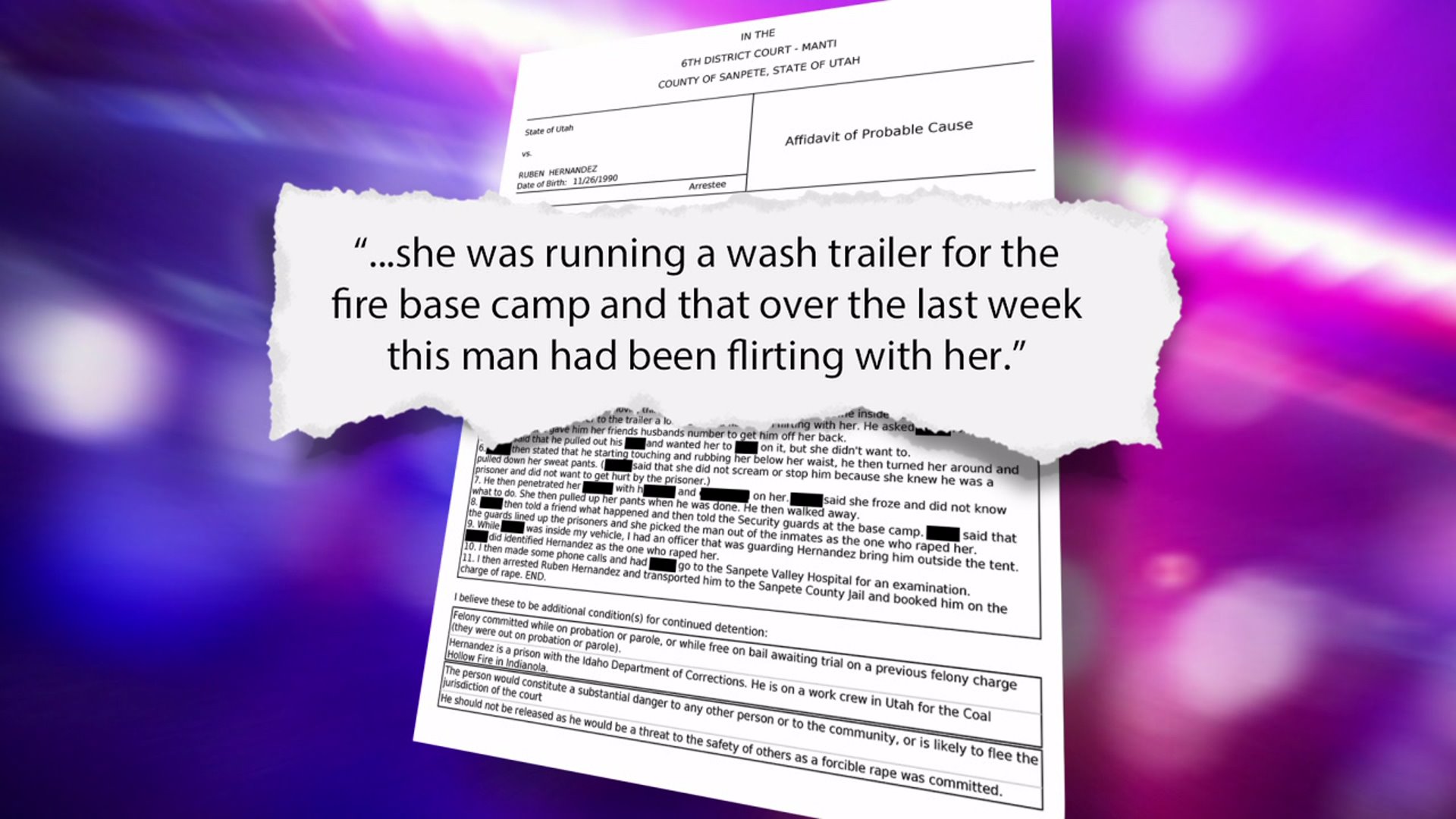 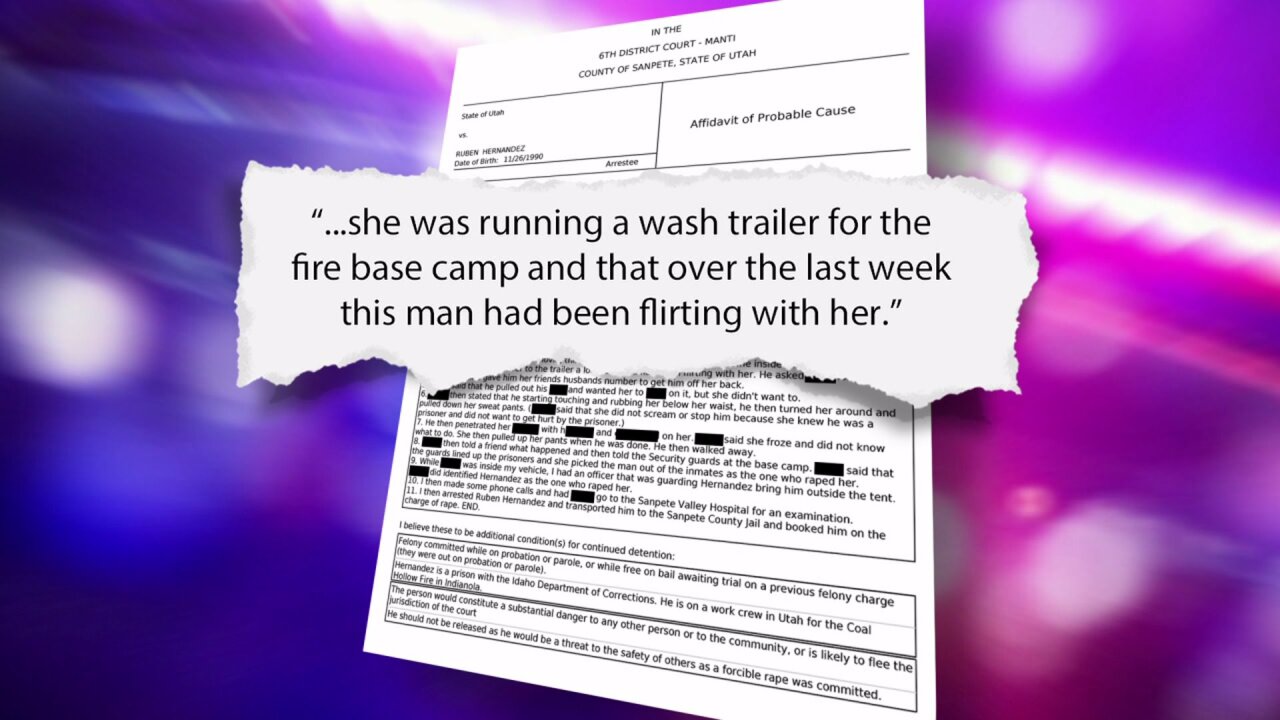 SANPETE COUNTY, Utah -- An Idaho prison inmate on a work crew for the Coal Hollow Fire is in jail in Utah, accused of raping a woman at the fire base camp in Indianola.

According to a probable cause statement filed in the 6th District Court in Sanpete County, a woman reported on August 29 that an inmate who was part of a work crew on the fire cornered her in a wash trailer.

The victim told a Sanpete County Sheriff’s Office deputy, "she was running a wash trailer for the fire base camp and that over the last week this man had been flirting with her."

That inmate, later identified as 27-year-old Ruben Hernandez, showed up to the trailer around 10 a.m. Wednesday, the woman reported. She said she was sitting and watching a movie in the wash trailer.

"He asked [the victim] for her number and she gave him her friend's husband's number to get him off her back," according to the probable cause document.

It goes on to say that the man exposed himself and asked the victim to perform a lewd act on him. It continues that Hernandez then raped the woman.

"She did not scream or stop him because she knew he was a prisoner and did not want to get hurt by the prisoner," the court document reads.

The woman reported the incident to a friend, and then alerted security guards at the base camp. Documents state that guards lined up the prisoners, and the victim picked Hernandez out as the man who raped her.

The victim was taken to the Sanpete Valley Hospital for an examination, while deputies arrested and booked Hernandez into the Sanpete County Jail on a charge of rape.

According to the Idaho Department of Corrections, Hernandez is serving a prison sentence in Idaho for delivery of a controlled substance. His prison term is set to end in 2023.

Documents state that Hernandez was part of a work crew in Utah for the Coal Hollow Fire in Indianola, but his exact duties were not specified.