Utah’s hidden gems no longer a secret, thanks to social media 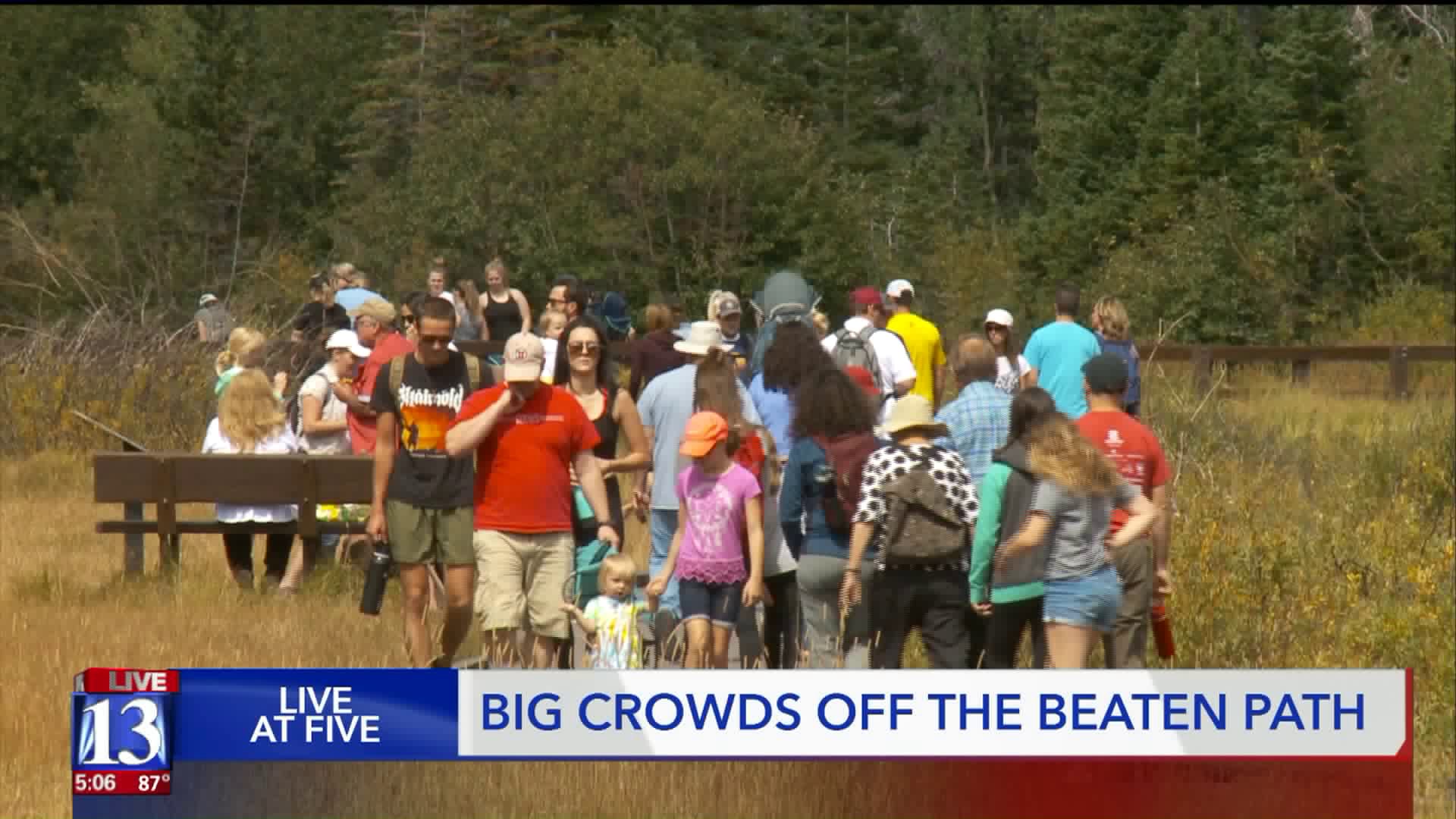 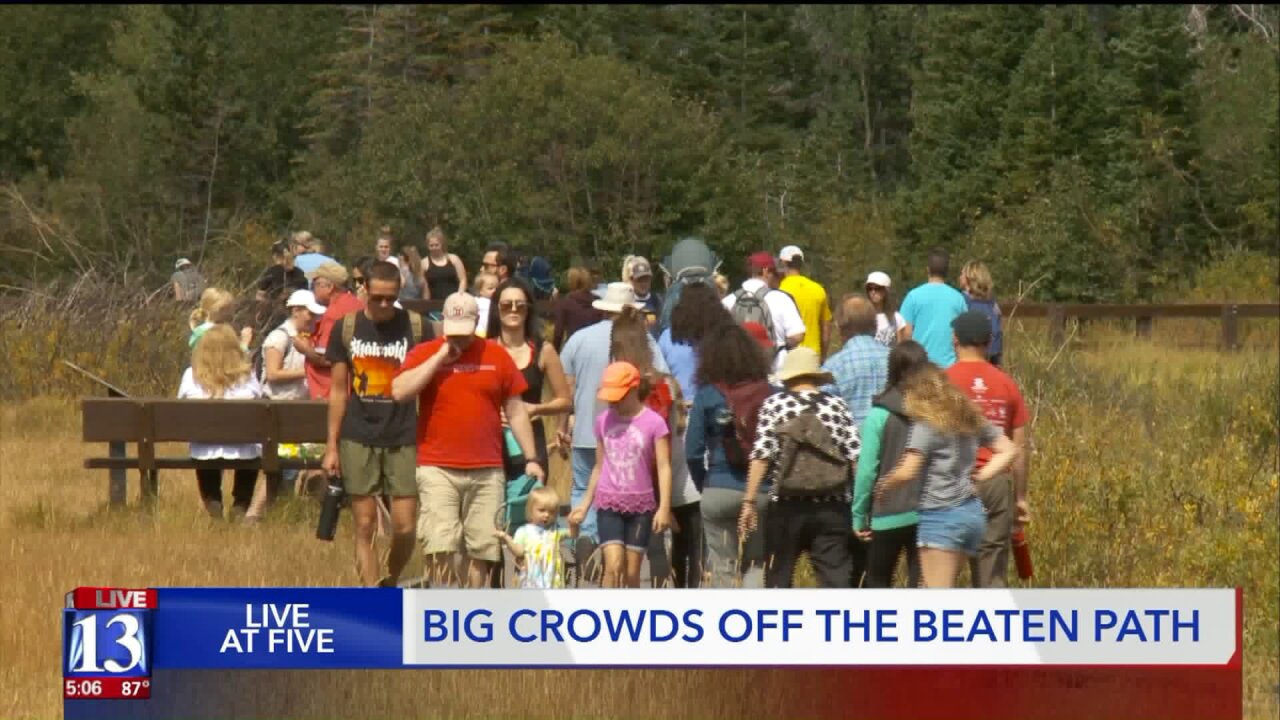 BIG COTTONWOOD CANYON – The secret is out, The Salt Lake Tribune reported.  Utah is a world-class destination, thanks in part to the power of social media. But there are some downsides.

Big crowds at some of Utah’s national parks and popular hiking and scenic locations are forcing many to look for solitude off the beaten path. But places like Kanarraville Falls are filling up too, and a new $9 fee isn’t keeping the numbers down.

Matt and Lisa Saunders from Syracuse were among those looking for a quick day trip.

“We just really wanted to enjoy the mountains and we love it up here. It’s been a little while we’ve come up this way,” said Matt Saunders.

Instead, the two encountered packed trails and full parking lots. So much for solitude.

Another big problem, Hyde said, is people leaving behind trash.

“Every day, I probably pick up hundreds of little corners from granola bars, the little blue tabs around water bottles,” said Hyde.

Graffiti has also become an eyesore, with vandals destroying parts of the canyon.

Hyde says the power of social media can be a blessing and a curse.

“What we love is that so many people are here and so this outdoor environment they’re making it their own. We hope that means they will also become stewards," Hyde stated.

For the Saunders, the payoff is worth it. They don’t have a problem sharing the secret.

“Social media didn’t drive us to come here, but you can bet we’ll make a post on social media today and maybe it will drive other people to come here,” said Matt Saunders.

Being responsible stewards of public lands is a problem many states are trying to address.