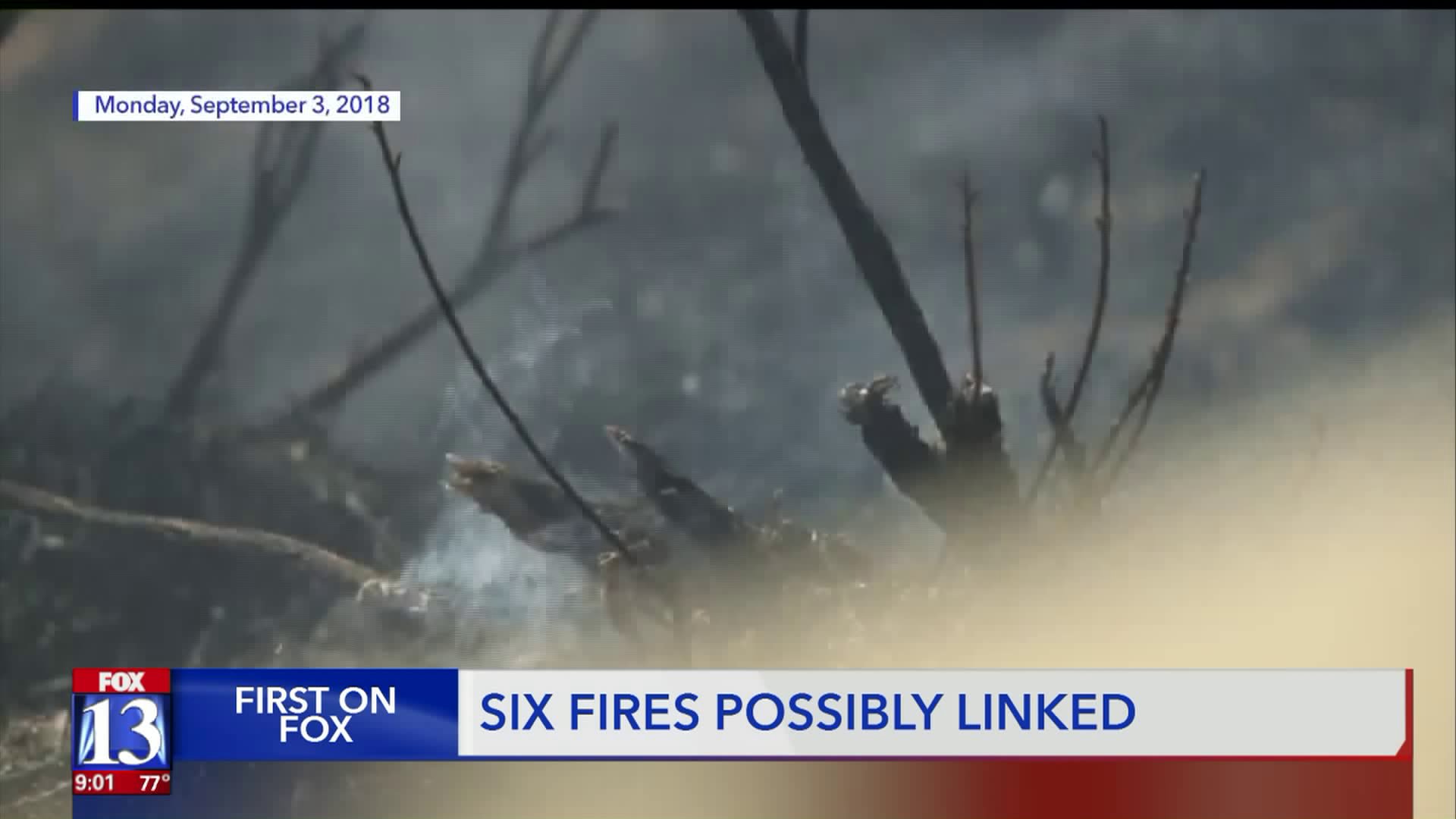 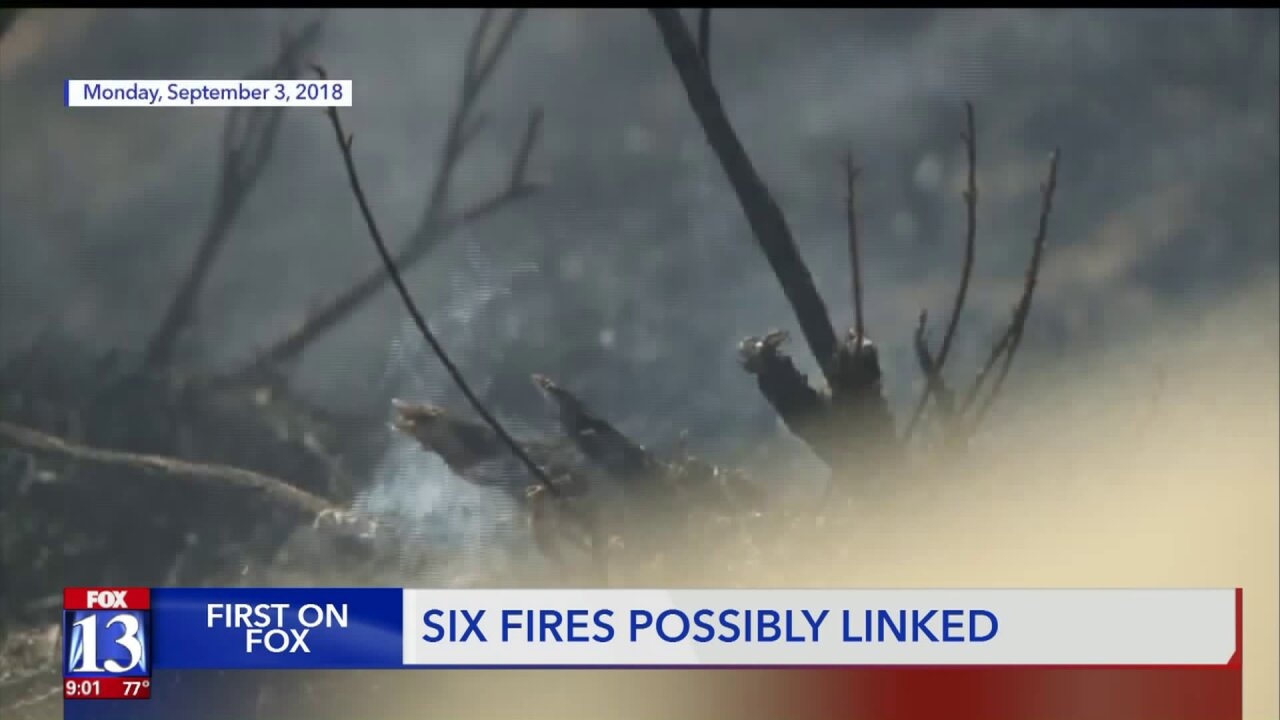 Six wildfires, all started along I-80 on Monday, are now believed to be linked to an arsonist.

“It’s kind of a spree arsonist that was at work,” said Jason Curry, a fire investigator with the Utah Division of Forestry, Fire and State Lands.

The fires stretch for over 70 miles from mile post 99 in Tooele County to the largest of the group, the Tervels fire, burning two miles east of Echo Reservoir in Summit County.

Curry would not elaborate on what type of evidence has been collected, but he said it’s made him confident the fires were all intentionally set and likely the work of one person.

“We know it was somebody traveling eastbound on I-80," Curry said. "We know roughly the path they took."

Investigators are looking at surveillance video along I-80 and talking to witnesses. Several tips have been called into the Summit County Sheriff’s Department. However, the hunt for the arsonist may ultimately stretch beyond Utah’s border.

“We do know there were some fires on I-80 in Wyoming yesterday. So we’re working with Wyoming to share information and it is possible they are related,” said Curry.