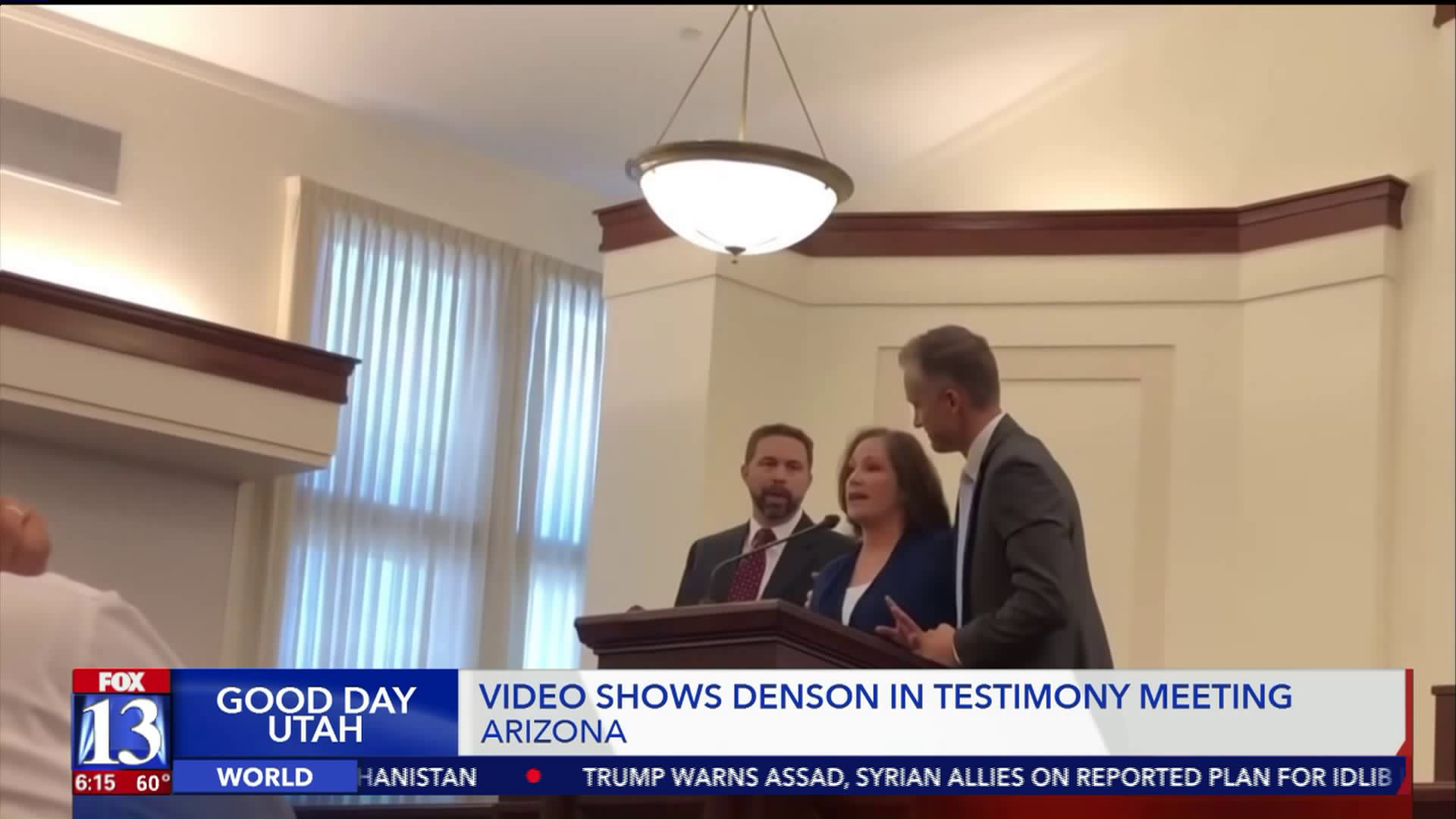 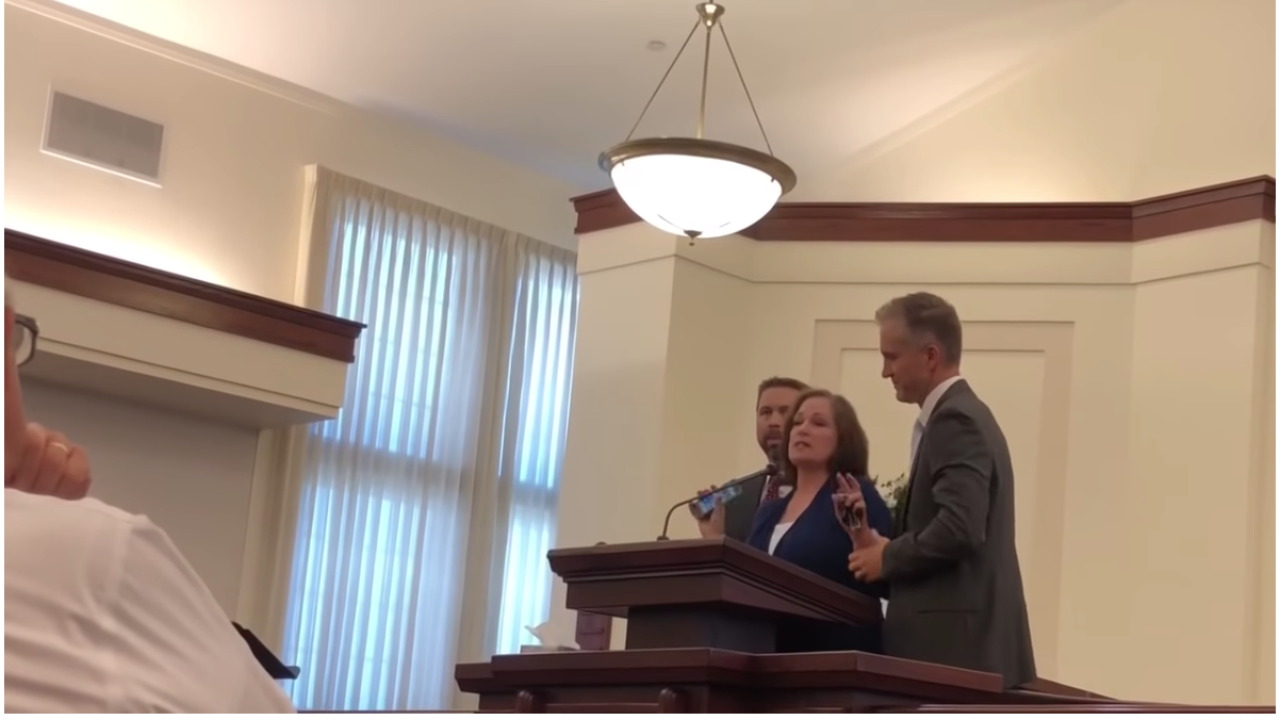 A woman suing The Church of Jesus Christ of Latter-day Saints over allegations of a sexual assault at the Provo Missionary Training Center disrupted a fast and testimony meeting attended by the man she's accused.

McKenna Denson stood at the pulpit at an LDS chapel in Arizona and reiterated her claims against the LDS Church and Joseph Bishop—the man she claims attacked her.

The confrontation was captured on video and posted to YouTube by the account "NewNameNoah", which describes itself as a channel that posts hidden camera videos shot inside Mormon temples.

“The First Presidency and Quorum of the Twelve Apostles are covering a sexual predator that lives in your ward, his name is Joseph Bishop,” Denson says on the video. “He was the MTC president in 1984 when you raped me in the basement of the MTC, If you're not aware of this....”

During her remarks a member of the congregation’s local leadership approaches to interrupt, and Denson attempts to continue, responding to his request that she speak with him after she finishes.

“However, for the atonement to take place, we have to be accountable for what we do,” Denson went on, but eventually local church leaders escorted her off the stand. “We don't get to.... Thank you. But you know what, you're in my personal space. No. No. I have more to say."

Another video was posted outside the LDS Church showing Denson telling people "your dad raped me at the MTC!"

"Well, listen to the audio," she replies.

Three weeks ago, a federal judge dismissed all but one of the claims she leveled in her lawsuit. Only an allegation of fraud remains in Denson's lawsuit, accusing the LDS Church of placing him over the MTC despite knowledge of a problematic past.

Eric Hawkins, a church spokesman, issued this statement regarding the incident:

"Once each month, members of The Church of Jesus Christ of Latter-day Saints participate in a worship service that includes an opportunity for members to share their testimonies of the Savior, Jesus Christ, and His gospel. It is disappointing that anyone would interrupt such a worship service to bring attention to their own personal cause. Recording and posting of these disruptions on social media to seek public attention and media coverage, sadly, shows an unfortunate lack of respect for others. We respectfully request that those with personal grievances find other means to communicate their messages than disrupting the sanctity of a worship service."

Denson's attorney, Craig Vernon, declined to comment to FOX 13's Ben Winslow when asked about her actions on Sunday.