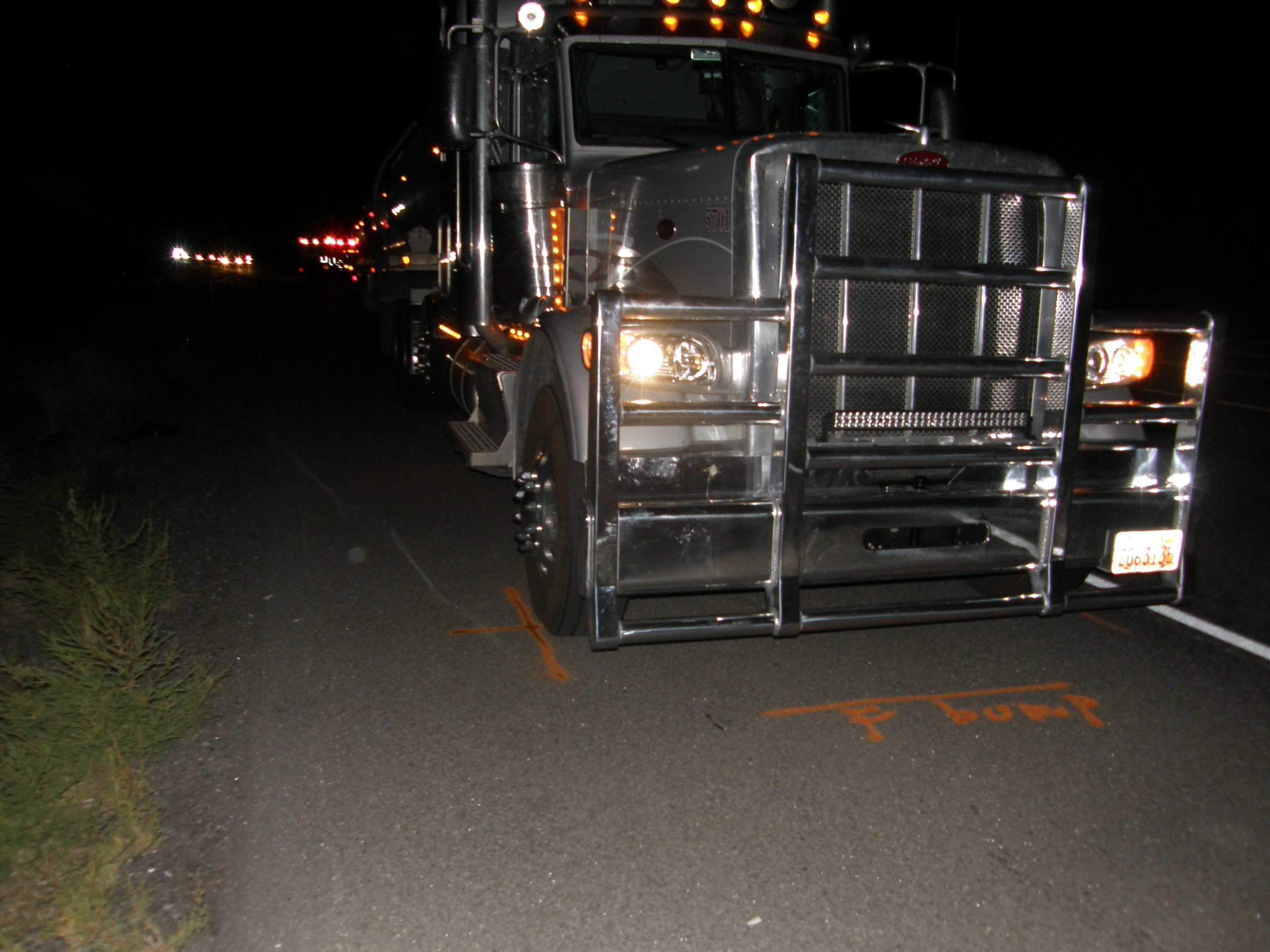 UPDATE: Police say the pedestrian was dressed in dark clothing, and the roadway is an unlit area. They said speed and impairment do not seem to be factors in the crash.

HEBER, Utah – Police say a pedestrian was hit by a crude oil tanker around 3:05 a.m. on Saturday.

According to a press release by the Utah Department of Public Safety, the truck was heading southbound on State Route 40, just north of Heber City.

They say the pedestrian was in the roadway when the oil tanker struck, and received fatal injuries. The truck driver was not injured.

Police are still in the process of identifying the pedestrian.

In the meantime, SR-40 will be closed during the investigation. Fox 13 will continue to update this story as soon as information comes in.