PARK CITY, Utah -- A an employee for Park City faces felony charges after she and her husband were allegedly caught stealing a hunter’s equipment, which was posted in the Wasatch Mountains.

“There’s no excuse, that I can think of, for what they did,” said hunting enthusiast Bronko Phillips. “That’s a big no-no and they knew better."

The investigation started with a Facebook group and some fed-up hunters.

“It was time that we did something,” said fellow hunter Lance Palmer.

“A lot of people recently have been posting pictures [on Facebook] of their trucks being destroyed while their out scouting or hunting,” Phillips said.

“Trail cameras, every week we have one to six people saying my trail cameras were destroyed,” Phillips added. “We have gentlemen that let us know their stands were taken or they were  tampered with.”

When the guys saw a post from a fellow hunter asking for help to find two people who were caught on camera stealing his equipment — it was the last straw:

“I think a lot of us just got tired of it and wanted to do something about it,” Palmer said.

The duo (a man and a woman seen in the pictures) nabbed two tree stands that were locked to a tree and a trail camera.

“People think these trail cams, these tree stands, these elevated hunting platforms are bad; and they’re just for murderers to sit in the tree and wait for these poor animals to come by,” Phillips said.

The theft put the hunter out more than $1,500 in equipment and caused more than $500 in damages.

“It’s not like they just happen to walk up on it and have a pair of bolt cutters in their back pocket,” Palmer noted.

The two suspects didn’t see the hunter’s other camera posted up down the trail – capturing two clear photos of the culprits: 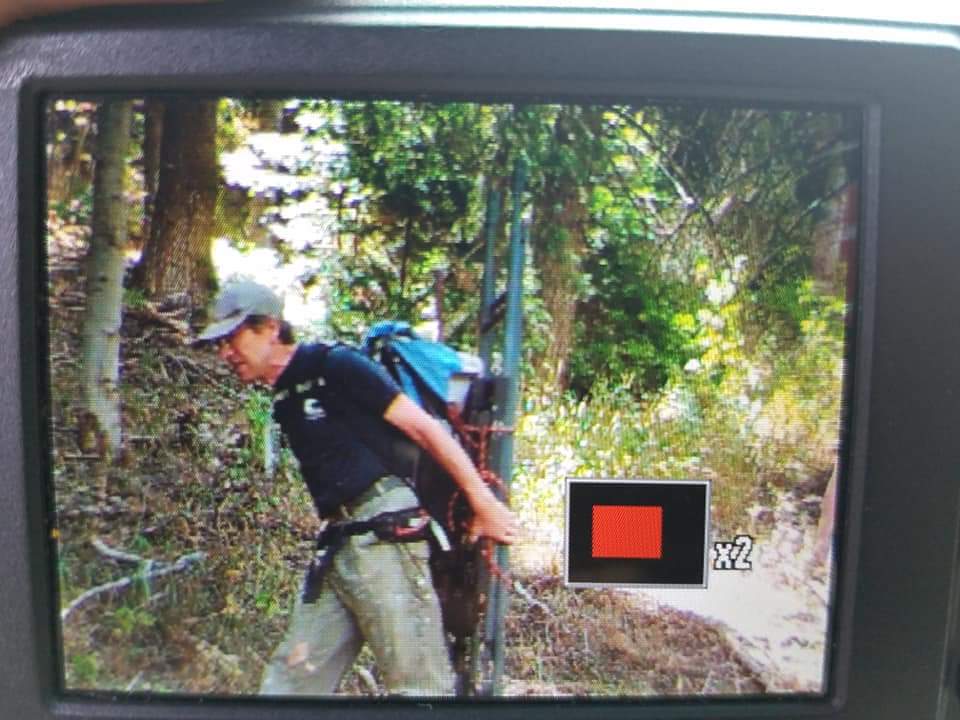 “We’ve actually got proof of somebody that’s doing wrong, let’s get justice for it,” Palmer said.

Palmer runs a popular Facebook group with nearly 10,000 members, called “Utah hunters, fishers and campers.” Bronko Phillips is an admin on that page.

Phillips took it upon himself to spread the photo as far as he could until the two were identified.

“Once I posted it up, the community just exploded around it and it took off,” Phillips said.

The man was identified as a well-known skier named Andrew McLean.

As for the woman—she’s the Park City Assistant City Attorney, Polly Samuels McLean.

“Being a pillar in the community, they should be held to a higher standard,” Phillips said.

Both were arrested on Thursday and now face felony theft charges as well as misdemeanor charges for criminal mischief.

Unified Police Department executed a search warrant on the couple’s Park City home, as well as their cabin in Lamb's Canyon, Friday; they recovered both tree stands and the trail camera.

“I’m just glad that something was finally done,” Palmer said. “Maybe it will make other people, that are looking to do something similar, think about it.”

“As required by the policies and procedures of Park City Municipal Corporation, on Friday September 7th, Polly Samuels McLean informed our Human Resources Manager of her felony arrest, which occurred the day before, Thursday, September 6th.

Park City Municipal Corporation will continue to follow its policies and procedures in this matter and has no further comment at this time.”